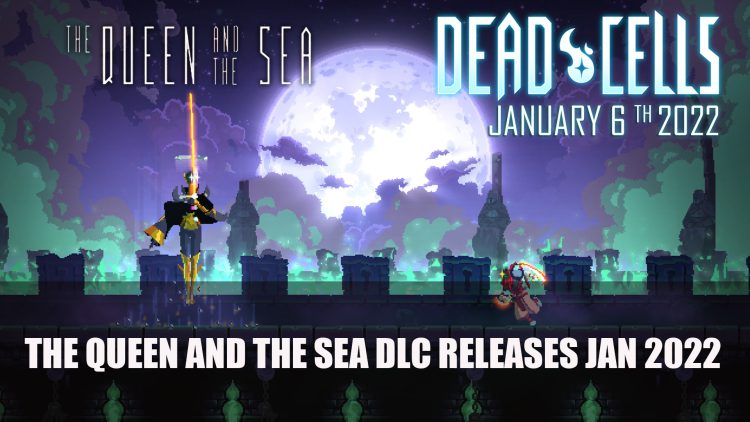 Motion Twin has announced the next expansion for Dead Cells called The Queen and the Sea will be releasing for PC, Playstation 4, Xbox One, Nintendo Switch, iOS and Android on January 6th 2022.

Dead Cells next DLC The Queen and the Sea has been announced by Motion Twin to be releasing for PC, Playstation 4, Xbox One, Nintendo Switch, iOS and Android on January 6th 2022  at 9am PT/6pm CET. The paid expansion was previously announced but now the launch date has been confirmed for the metroidvania hack and slash. 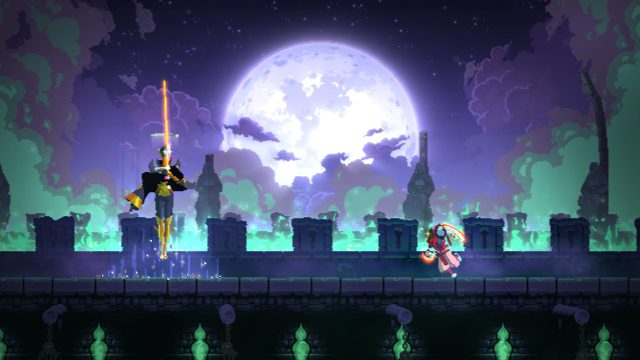 Meet a familiar foe once reaching The Crown in the new Lighthouse biome.

The Queen and the Sea adds two late-game biomes which are according to the Steam post alternative paths to High Peak Castle and Hand of the King, as well as a boss biome. This DLC is the last in the trilogy of content which follows The Bad Seed and Fatal Falls.

There are two new areas include The Infested Shipwreck where players will fight eldritch horrors that luck in the rotting ship, where enemies can even disrupt your movement by shoving onto the spikes below. Enemies include armored shrimps that can chase you not only vertically but horizontally too, meaning a wide range of movement, and can even throw anchors at you…so anchors away it seems.

Completing the new pirate-themed area is booty, you will be able to collect pieces of a torn-up treasure map that will lead you to treasure. You will need to piece the treasure map together first and then be able to seek the “mythical booty”.

The other new biome is the Lighthouse, where players will start at the bottom and work their way up. It won’t be easy as the place is filled with miniboss fights, the use of a rope pulley system to transcend the levels, breakable barriers and rising fire. The flames will keep rising from below, so you won’t be able to stay in place for too long, if not for the enemies but for the fiery death that awaits if you stay put for too long.

Lastly, if players successfully reach the top of the Lighthouse they will encounter The Crown, where they will face someone quite familiar, gaining a brand new ending to Dead Cells if you win the challenge.

Check out the gameplay trailer below to see the Queen and the Sea DLC in action:

Previously Dead Cells has been getting some awesome updates, most recently the free update 26 titled Everyone Is Here which added a number of indie faves to the game including Hollow Knights’ pogo jump and from Blasphemous the face flask weapon. A total of six different crossovers are now available in the game which includes both weapons and outfits. You can check out the full list of content added in this patch in Hollow Knight’s Attack Comes To Dead Cells With Free Update 26.

Hollow Knight made our Top 10 Metroidvanias To Play In 2021, alongside some other gems which you can check out here.

Dead Cells is currently available on PC, Playstation 4, Xbox One, Nintendo Switch, iOS and Android, with the new DLC The Queen and the Sea releasing on January 6th 2022 for $4.99 USD.