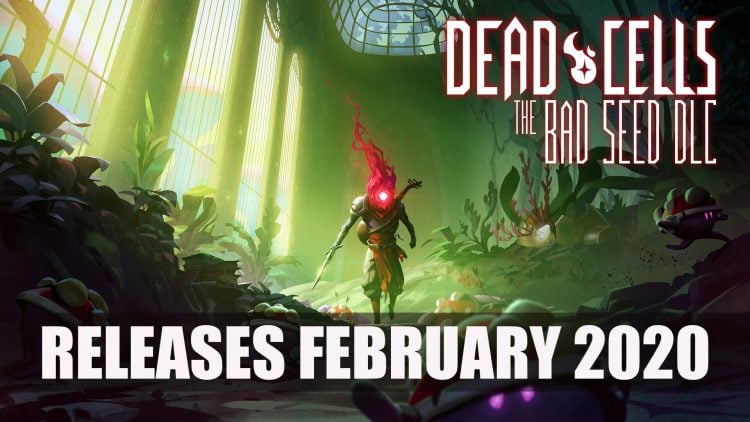 Developer Motion Twin has announced the action-platform rogue-like Dead Cells will be getting it’s first paid DLC this February.

Dead Cells will be gaining it’s first premium DLC this February 11th called The Bad Seed, which will be coming to PC, Switch, PS4 and Xbox One. The DLC will be adding two new biomes, the rich vegetated area of Arboretum and the wild, overgrown location The Swamp. There are plenty of new inhabitants to be aware of too, including a clan of mushrooms in Arboretum, and mutant trees to bloodsucking fiends in The Swamp.

The additional areas also opens up a number of new path choices in early game, providing new ways to The Courtyard/Toxic Sewers and The Ramparts/Ossuary/Ancient Sewers.

There is also a new boss to best called Mama Tick who can be found in The Heart of the Swamp who has been previously described as “exceedingly creepy”. Developer Motion Twin says this battle will is just as challenging as The Concierge, set to “spice up your early game runs once you’ve played through the core game”. But this isn’t the only twist as there is an “unseen mechanic” which sounds rather mysterious. The DLC also comes with new weapons and further enemies. Previously the developer teased that Bad Seed would add the feature of the first double-slot weapon to the game and a “very dedicated and loyal mushroom companion”.

Dead Cells has had a year of free updates, adding much to the core experience of the game. The paid DLC looks to add some interesting new features, and let’s you continue to support this developer who has continually been adding further enhancements to the game.

For more news be sure to read next The Outer Worlds Will Launch On The Switch In March and Dauntless Developer Phoenix Labs Acquired By Publisher Garena.