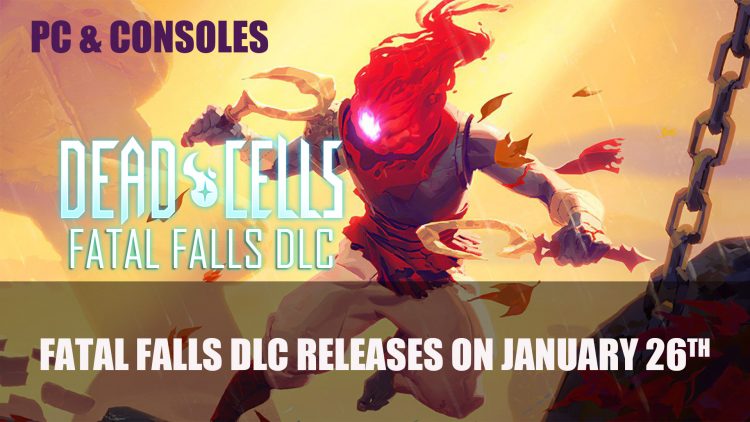 Motion Twin have announced the rogue-like Dead Cells will be getting the next DLC Fatal Falls for PC and consoles on January 26th. The new content will add new levels to the game and a brand new boss fight. The DLC will be available for both PC and consoles for $4.99

In their announcement tweet, Motion Twin shows off some of the news levels, weapons and enemies you will encounter. Fatal Falls brings a brand new biomes to explore. The two mid-game areas will offer alternative paths for players to take. “Floating Shrines” will pit players against many traps and floating islands, while ” The Undying Shores” lands in the middle of the great storm.

Our Fatal Falls DLC will be released for PC & consoles on 26th January!
Battle through two new levels and a boss while discovering new weapons & enemies. $4.99 or equivalent. #deadcells #gamingnews #indiegame
Check out this gameplay trailer for a taste of what’s to come: pic.twitter.com/lq6QEFDews

For more news be sure to check out next Sony Shares Release Windows For PS5 Games Project Athia And More and Leak: Mass Effect Legendary Edition Release In March.