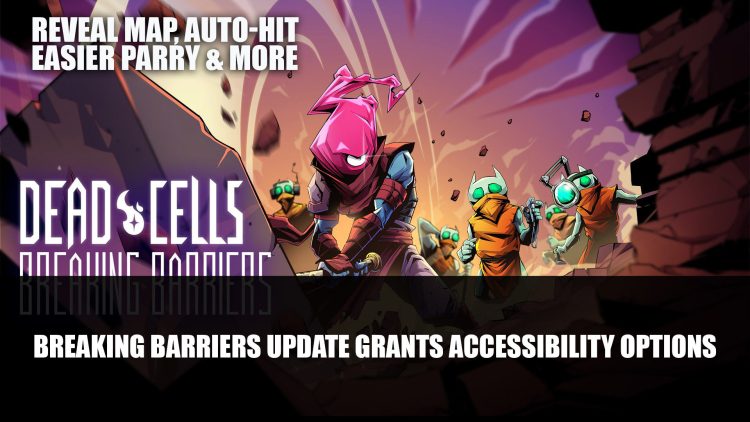 The update Breaking Barriers is now available for Dead Cells which offers more options for players to adjust their runs, releasing alongside the Assist Mode for PC and all consoles. Working closely with Ablegamers organisation and members of the Dead Cells community the devs have tested these tweaks. Previously the developer shared they wanted to give further accessibility options for players.

The idea behind the additional options is to “allow players who struggle to, or cannot play, Dead Cells to be able to experience the game as we intended”. Gaining feedback from testers during the beta, they found that some people although may not “need” the Assist Mode will use it anyway, experiencing Dead Cells not as a challenging roguelike but playing how “they want to enjoy the game”. The devs have put messages into the game expressing this, meaning more flexibility in how players can play the game. 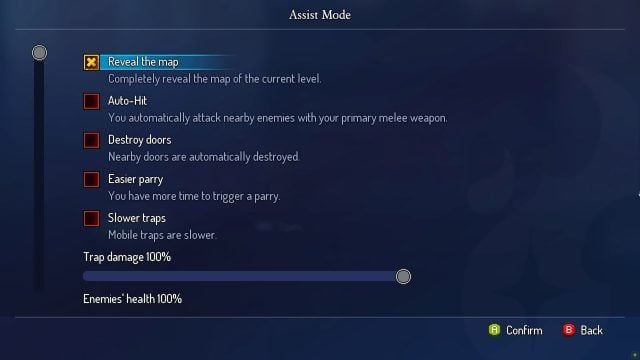 This sounds like a bit of game-changer as you could potentially explore the game in a very different way. In a recent AMA on reddit, one fan asked if you’re someone who is not exactly great at roguelikes should you still play Dead Cells? The devs replied that with the new Assist Mode you can now “tailor the experience to your liking” if it is the difficulty that’s standing in your way.

New options now available include input adjustments such as holding buttons to second jump or roll, customisable controls, no-blood mode, UI size adjustments, and transparency, font size and much more. To access the Assist Mode, it has its own menu and gives options such as having a multiple lives option ranging from one to infinite, having auto-hit on primary weapon, adjustable enemy damage and health, plus revealing the whole map to players. Even if you opt for these new options Evil Empire confirms this won’t disable achievements.

In case you missed it, catch up on the details of what the Dead Cells Break The Bank free update added such as a new biome, enemies, weapons and more. The developers don’t seem to be slowing down when it comes to further content for Dead Cells, as they have previously iterated that they plan to have at least one more year of DLC and free updates.

For more news find it here in A Plague Tale: Requiem Shows Off Gameplay In New 10-Minute Footage, Releases October 18 and Cyberpunk 2077 Board Game CMON Kickstarter Has Almost Tripled Its Goal. Looking for more metroidvania? Check out our solid list in Top 10 Metroidvanias To Play In 2021