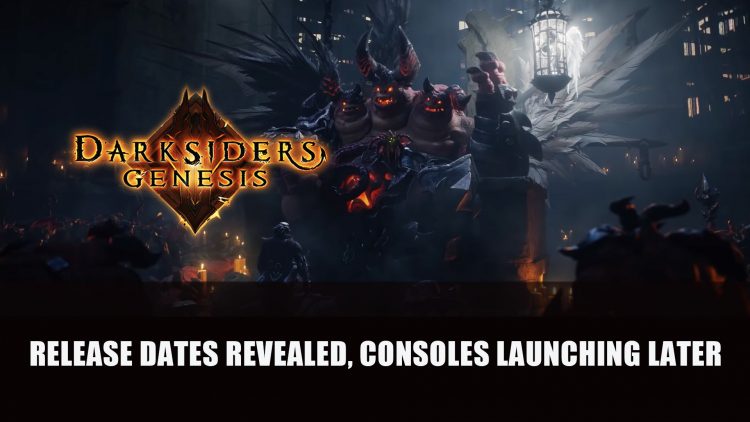 Darksiders Genesis is still hitting its release window of 2019 for PC and Stadia, however console players will need to wait until next year.

Darksiders Genesis the action-RPG isometric title will be releasing for PC and Stadia on December 5th. Those on console will need to wait until it releases on Playstation 4, Xbox One and Switch on February 14th, 2020.

The release dates were unveiled along with a new cinematic trailer featuring some conversations between Horseman Strife and the three headed Malgros the Defiler. When things take an ugly turn, War can be seen dropping in a chaotic fashion. The trailer does show some of the gameplay at the end, highlighting you can play as either Strife or War if you’re soloing. Both can trigger a special attack meter, once activated it turns them into some pretty big creatures that only leave a path of destruction.

You can check out the latest trailer “Not Alone” below:

Darksiders Genesis will be launching on PC and Stadia on December 5th. Playstation 4, Xbox One and Switch on February 14th, 2020.

For more news be sure to read next Rumour: Diablo 4 To Be Announced At BlizzCon 2019 and Werewolf: The Apocalypse – Earthblood Releases First Trailer.

Don’t miss out on pre-order bonuses by reading next Darksiders Genesis Collector’s And Nephilim Editions Announced.