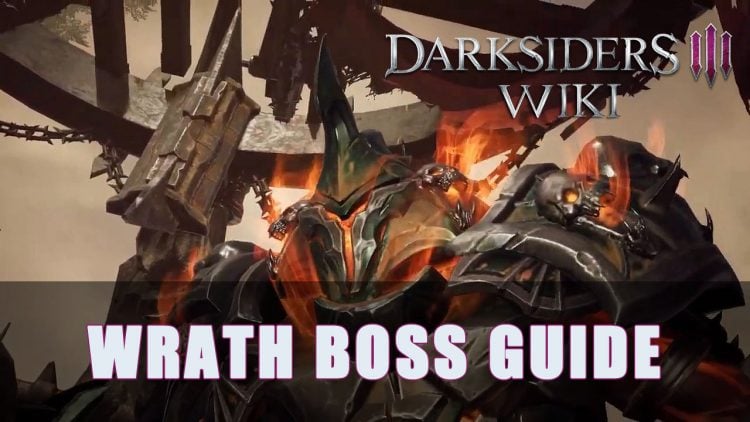 In this Darksiders III Wrath Boss Guide, we take a look at the sixth of the 7 Deadly Sins: Wrath. We’ll go over the exact mechanics and give you some helpful tips to beat him without much of a fuss. This Boss may be challenging on Apocalyptic Difficulty, but our advice should help you take him down!

Wrath will be the sixth Deadly Sin that must be defeated. Wrath is found in Scar nearby the Refinery Serpent Hole. He is slow but possessing several mechanics to impede your progress. Don’t fret as you are in good hands with me. 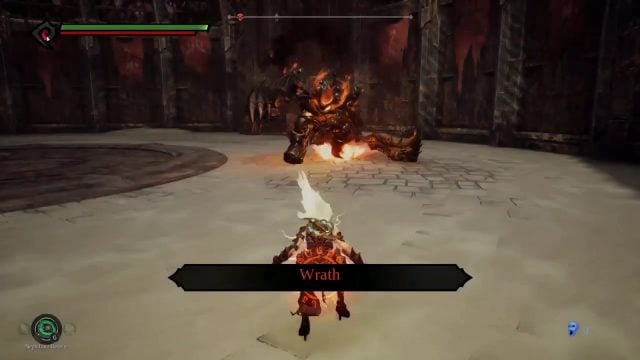 Wrath is rather large compared to the player, but don’t let that get you angry…

Wrath will start the fight with a dash towards you, attacking you with his axe from left to right. Dodge left and counter him with the Flame Hollow, switch to Storm Hollow, and unleashed your Wrath attack. Wrath starts this fight pretty slow compared to the previous bosses, allowing players to get several combo hits in while waiting to counter him. If you are close to his face he may kick you, and the speed of this attack may catch you off guard, so be careful.

Wrath’s attacks involves him pounding the ground 3 times causing shock waves to ripple out. This attack will injure and kill the common enemies fighting in the arena, and heals Wrath. When Wrath swings his axe left to right its best to dodge to the left and counter attack him. Players can use the same method to avoid his claw attack.

As long as he does not heal back up past where he was before, you will gradually whittle him down.

Generally during Phase 1 boils down to a DPS race as players need to deplete Wrath’s health pool before he continue to kill the other enemies in the arena to recover his health. I like using Chain Cycle to damage Wrath as he attempts to regain life.

Phase 2 (Once Wrath’s Health was depleted to 0 once)

Phase 2 is where it gets exciting and Wrath becomes more aggressive towards Fury. As soon as the cutscene ends, dash towards Wrath as he will throw his axes into a circular AOE. Once inside his AOE radius, you are limited in movement as dodging may put you in the axes trajectory. Take care to avoid it.

Take care when Dodging not to dodge into the axes in this phase (like this).

Besides that new attack Wrath fights the same way as your first encounter with him back in the Nether.  His slow axe attacks are best to dodge the same way they come from. If you have too much distance between yourself and Wrath, he will chuck axes at you, so stay close.

Wrath is slow with most of his attacks and they are very easy to see coming. The best way to deal damage will be arcane counters and Wrath attacks, and physical attacks are a decent alternative if players choose to. The default hollow that should be used is the Flame Hollow for counters, and Storm Hollow for the wrath attack. After the cutscene of Wrath entering Phase 2, dash into him to avoid his AOE attack. This will also set players up for success by bringing the fight to Wrath.

To see this boss fight in action see:

If you want more Darksiders content be sure to check out the Darksiders 3 Trophy Guide & Roadmap. You can also read about upcoming content in Darksiders III Will Get Two DLC Packs Post Launch. For all your whipping needs find it here in our Darksiders III wiki.