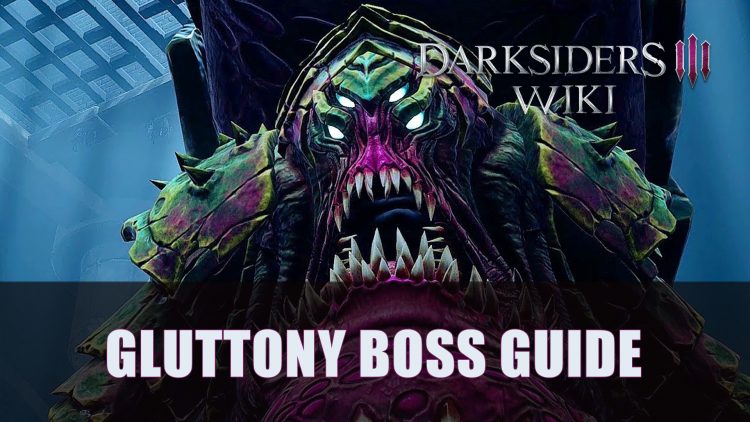 In this Darksiders III Gluttony Boss Guide, we take a look at the fifth of the 7 Deadly Sins: Gluttony. We’ll go over the exact mechanics and give you some helpful tips to beat him without much of a fuss. This boss can be quite frustrating on Apocalyptic Difficulty, but our advice should help curb his appetite!

Gluttony will be the fifth Deadly Sin that must be defeated in Darksiders 3. Gluttony is found in the Depths nearby the Sewage Egress Serpent Hole. He is best countered by attacking in short bursts and reacting to his attacks. 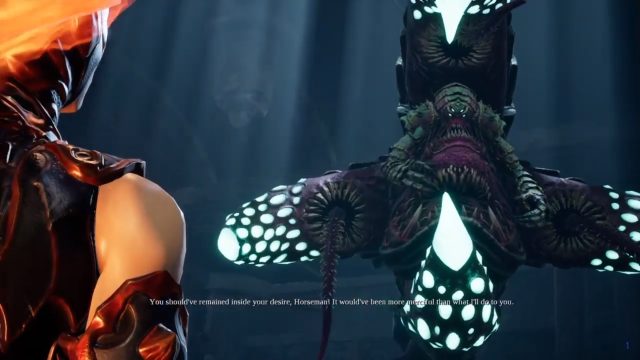 Gluttony will start the match with a sweeping tentacle attack that will occur twice and then it will proceed to slam downwards. The best way to counter this is to stay close to the wall to avoid the attack. Use Salvation and have it imbued with the Flame Hollow to ignite Gluttony, this will deal damage over time. The Force Hollow works well also if you attack twice. When the tentacle slams, the very end of it will be susceptible to attacks. Attack using the standard whip combo to completion, then dash towards Gluttony. This allows you enough time to start another basic combo. Gluttony will unleash a twin vertical claw attack which can be dodged to the side and followed up with a counter. At times connecting the counters will fail for some reason, so be alert and don’t let it ruin your sequence. 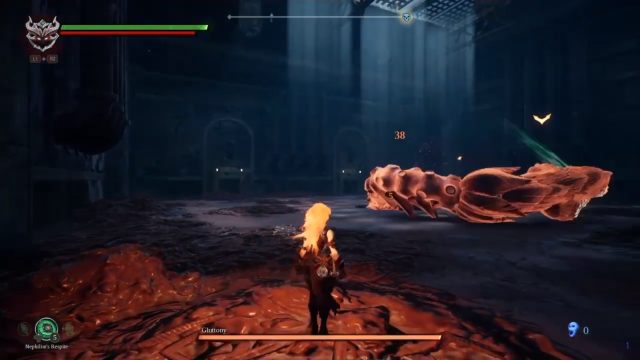 Gluttony has a far reaching attack with his tentacles

Afterwards Gluttony will rear upwards looking like a monsterous rafflesia plant, that will proceed to spit acid at Fury’s location. Walk while infusing Salvation and release during free moments of this attack. Be on alert after the acid ceases to rain, Gluttony will chuck a large wad of acid straight at Fury. You can avoid this by dodging forward, followed up with an arcane counter. If you dodge to either side, depending on the distance from the boss, it may fail as Gluttony’s damage range can be quite far reaching. 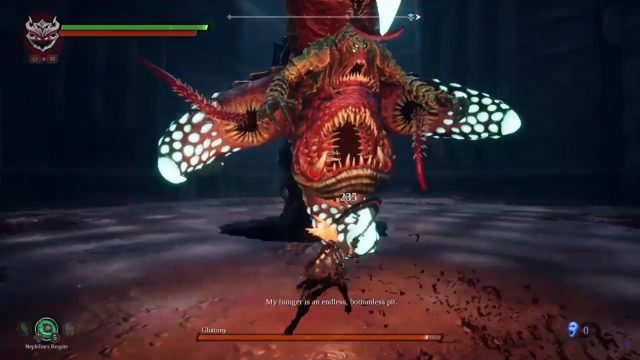 This boss’s plant like features aren’t just for show.

The most dangerous part of this fight will be when Gluttony’s arms because they will become crossed while the petals that rotate in place. This allows Gluttony to inhale Fury into his mouth, and deal massive damage that without a large investment in health, should instantly kill you or leave you barely alive. To avoid being sucked in, equip the Force Hollow and leave distance between you and the boss. If you get too close, you will be sucked in regardless of which Hollow you have equipped. 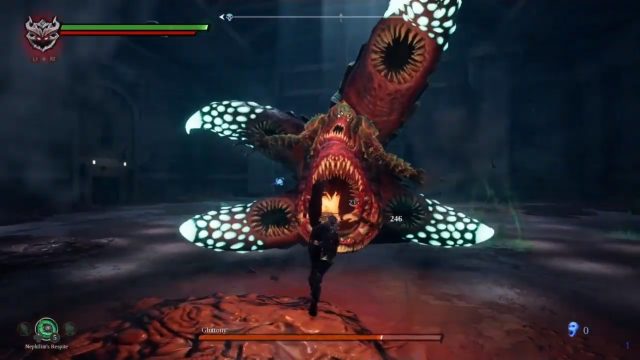 His mouth will try to suck you in, if successful will deal great damage.

Gluttony will start over in his attack pattern, beginning with the sweeping tentacle attack. He may add 2 side-sweep attacks in addition to his vertical onsets.

Once Gluttony’s health is at or under 50%, he will destroy the area and plunge Fury into the lake below. The goal in this phase is to swim near the mine spawning location, attract the attention of the mine, swim towards Gluttony’s face until he attempts to inhale you. Instead of tasting our beloved mistress he will be tasting shrapnel. 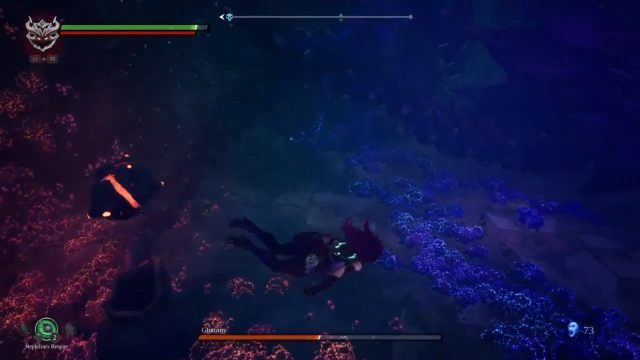 Attract the near by mines to follow you towards Gluttony.

Avoid his vertical tentacles and his forward mouth/body lunge while you guide the mine towards him. It takes 2 mines to defeat him and it is best to approach Gluttony from the mine location in a zig-zag direction. 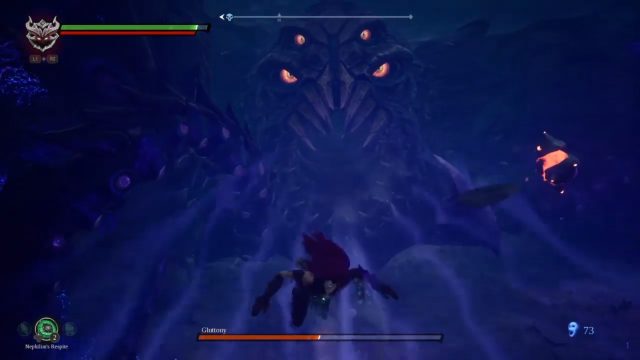 When Gluttony tries to inhale you, he will instead take a gulp of an explosive mine.

Gluttony keeps players at a moderate to long range which can make arcane counters difficult to connect. Using Force Hollow is required at times, while Flame Hollow can be used during downtime. Ensure you are using all your enhancements since you acquired a new weapon from the last boss. Melee builds will have an easier time with this boss than arcane builds.

To see this boss fight in action see: