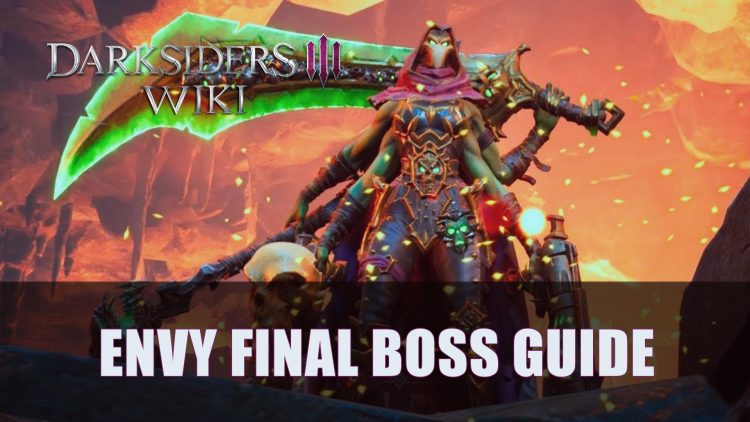 In this Darksiders III Envy Final Boss Guide, we take a look at the final of the boss of the game: Envy. Now I know what you are thinking: “But Primera we defeated Envy back in the tutorial.” Guess not since our Watcher has been Envy is disguised all along. Now she has the Talisman with all the power of the Sins along with the 4 Horseman powers, this fight will be a challenge. We’ll go over the exact mechanics and give you some helpful tips to beat her without much of a fuss. This boss can be tough on Apocalyptic Difficulty, but our advice should help you take her down!

Envy will be the final boss that must be defeated to complete the main game in Darksiders 3. She is found in the Charred Council area, which is a short teleport from the reflecting pool in the Maker’s Forge in Haven. She possesses a variety of attacks, is quite aggressive, and will take all of the players’ experience to best. Don’t fret as I’ll teach you to put Envy in her place. 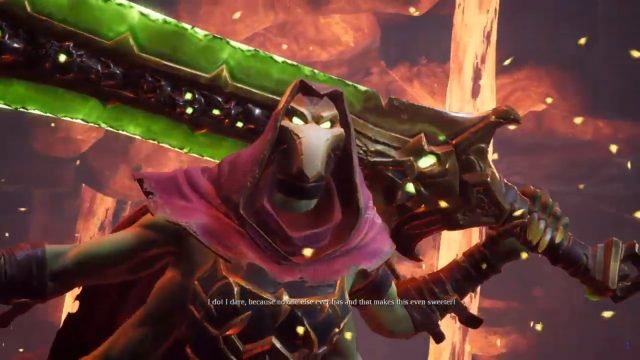 Envy will start the match by attempting to stab Fury with War’s sword. With her arm’s reach and the length of the sword, she can cover masses of ground with this attack. Players should dodge to the side to avoid this attack. Envy will follow up with a horizontal sword swing that can be dodged to the left, or backwards followed up with a Flame Hollow arcane counter. 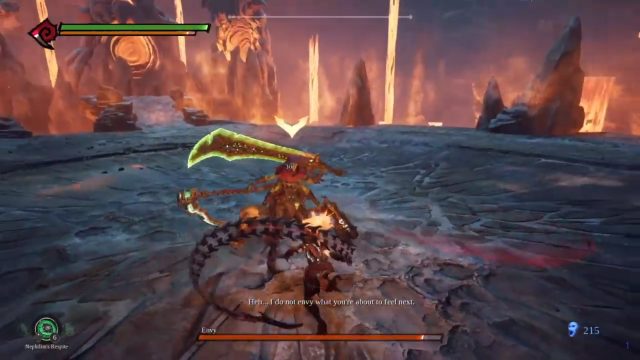 When Envy twirls her sword this is your tell to get away from her as soon as possible, as a large AOE radius attack is coming which is a ring of blades that will erupt from the ground. Trigger a Wrath attack to obtain I-frames or attempt to dodge this minefield of blades. The safer choice will be to anticipate this move by dodging backwards twice to remove yourself from its range.

Once players have taken about 35% of Envy’s Health away, she will charge her Scythe for the onslaught. First she will to slash once coming from the right side, once from the left, then toss into the air numerous swords that will encircle both of you for a few seconds similar to Wrath‘s Axe AOE attack. 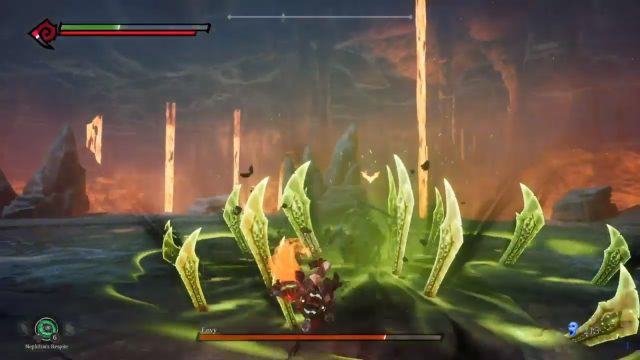 A circle of swords will rain down.

At this point Envy may also call upon the other Sins’ power to conjure ghosts of them to appear and attack Fury in the following ways: 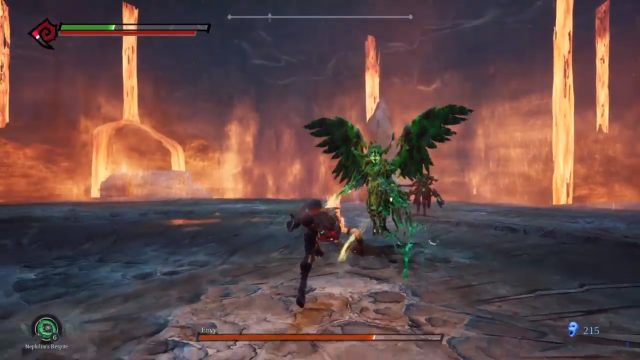 Ghost forms of previous deadly sins will make their return

At this point of the fight whenever Fury keeps too much distance between herself and Envy, the boss will use Strife’s pistols to shoot at Fury. These attacks occur pretty quickly so be on alert. They can be dodged through and countered.

Envy strength and varied attacks will prove to be a challenge, as well as her ability to become deadlier as the fight progresses. The best way to deal damage will be to use arcane counters and basic whip combos while waiting for the chance to counter. Physical attacks can deal good damage as Envy has resistance to arcane attacks. However, that doesn’t mean players should avoid using arcane attacks. The default hollow that must be used is the Flame Hollow for counters, and Stasis Hollow for the wrath attack. If players want to play cautiously they can use Stasis Hollow for their own shield. More aggressive players can use any Hollow you prefer to deal damage as you confront Envy.

Havoc mode may be used during the beginning of the fight as Envy is a bit slower to begin with. Remember to use Stasis Hollow to activate a protective barrier allowing players to play a bit more recklessly or just to avoid taking damage from Envy’s harder to dodge attacks.

To see this boss fight in action see it here: