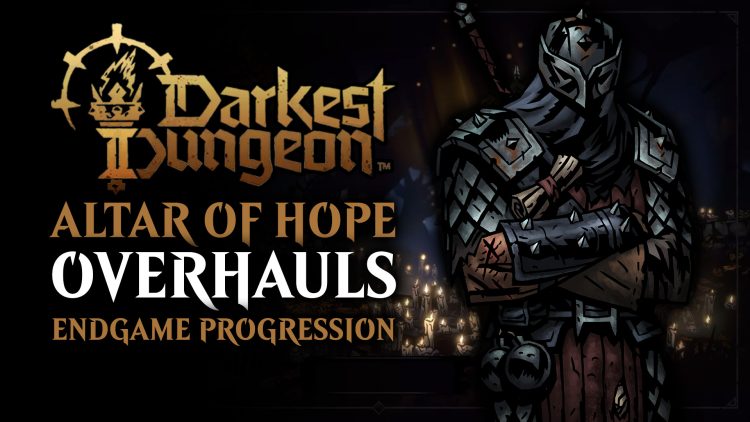 Red Hook’s Darkest Dungeon II definitely had some massive shoes to fill. Considering that its predecessor, the original Darkest Dungeon, was known for its heart-pounding difficulty, intense encounters, and hopeless exploration, more of the same was expected by a lot of fans. 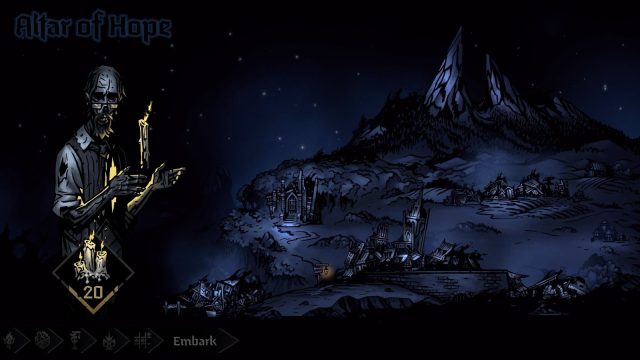 However, this was not quite the case. While Red Hook Studios did decide to retain the turn-based combat and positional abilities, it did change the overall format. Instead of managing a hamlet, players rode a stage carriage throughout blighted lands, in hopes of reaching the peak of a cursed mountain. Instead of having an assembled party of four venture out for individual missions, players bring the heroes for a full run, from the start of an adventure to the end, be it through victory or their untimely demise.

Because of Darkest Dungeon II’s run-based overall gameplay loop, there was not much incentive to keep on playing. Players did have unlocks to strive for that were based on XP. This system though was consistent. As long as players were able to do any meaningful objective, they would unlock something. Eventually. The traditional risk and reward system was somewhat watered down in the meta-progression regard, until now.

The Altar of Hope Updates to Darkest Dungeon II

Now available on the experimental branch of the Darkest Dungeon II Early Access release is the “Altar of Hope” update. This will essentially change the gradual account-wide unlock system into something more familiar to Darkest Dungeon fans. As the overhaul is extremely massive and has its tentacles embedded deep within many systems, current player progress will be reset. 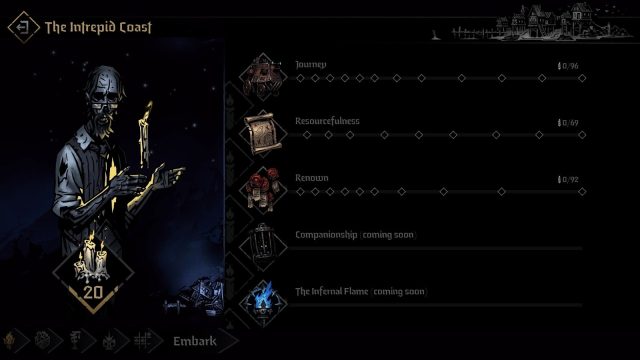 The Altar of Hope will allow players to invest in the new Candles of Hope resource. Candles can be used to unlock specific upgrades, items, perks, or heroes. Instead of a linear progression, players can now choose what specifically to excel in based on their playstyles. 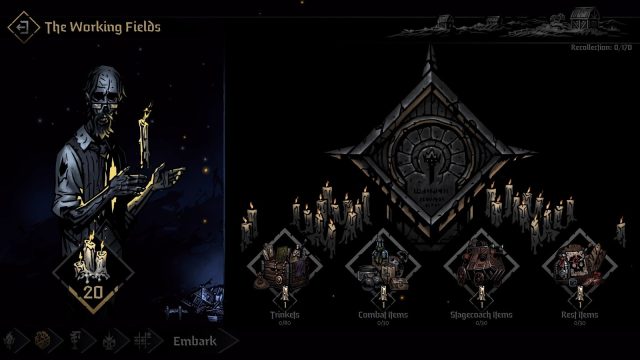 Unlock Items of Your Choosing

Candles of Hope can only be acquired by playing the game normally. Major encounters, random drops, or even just area progress will reward players with these items. Risk and Reward now come into play. If ever your band of misfits perish mid-mission, you will severely miss out on a lot of your acquired candles. The kicker here is that players can choose to end their expeditions at any Inn, effectively bringing home all the candles that they’ve collected. 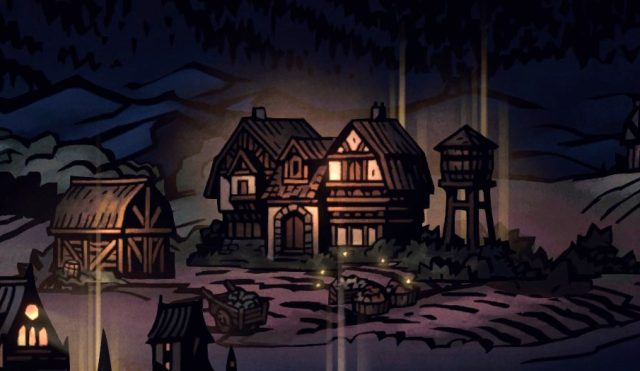 Do players take the safe route, and cash in when they have the upper hand? The downside of this is that you essentially forfeit any other potential runs. You can risk it and carry on, but you lose out on a ton of rewards if you meet your untimely demise.

It is also worth noting that as long as players’ expeditions reach the Mountain, they will be guaranteed to be able to keep all their candles. Both victory and death will have the same reward.

Players will be given the opportunity to spend Candles of Hope at the Altar at the beginning of each expedition. Much like the original, players must now choose what to upgrade in. Instead of deciding between which buildings they will construct, players will select specific upgrades. Basically, it’s the same thing but presented in a different way. 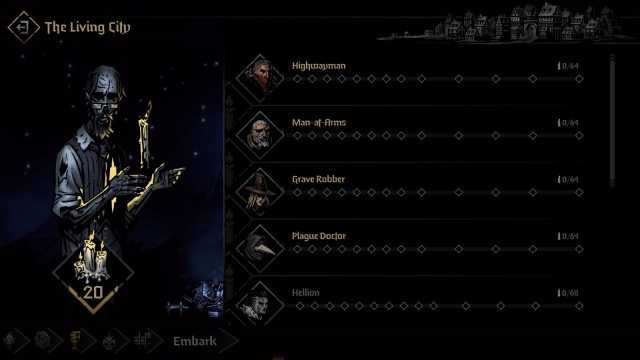 Invest in Your Heroes at The Living City

Each upgrade path is given a fancy name and will focus on a different aspect of your roster.

Darkest Dungeon’s Bounty Hunter was arguably a fan favorite. It is then understandable that some fans were upset that he wasn’t part of Darkest Dungeon II’s original roster (though the new Runaway was an interesting addition). 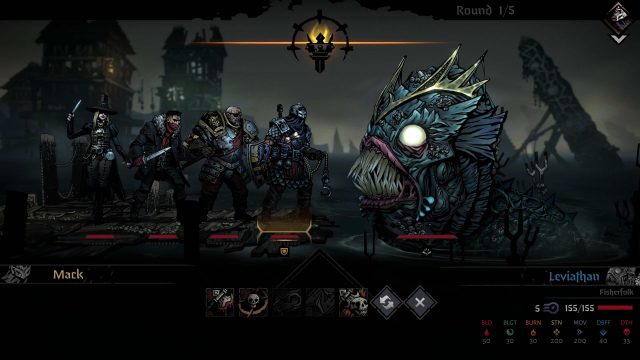 It is good to see the return of a familiar face then, as the Bounty Hunter makes his appearance. Unlike the other characters of the roster, the Bounty Hunter won’t be immediately hirable at the start of the run. Even though you’ve unlocked him, he will take his time hanging out at various inns. As such, players need to actually encounter him in their travels and recruit him. For a price. How smug of him. Doing so will also force you to replace one of your existing party members. 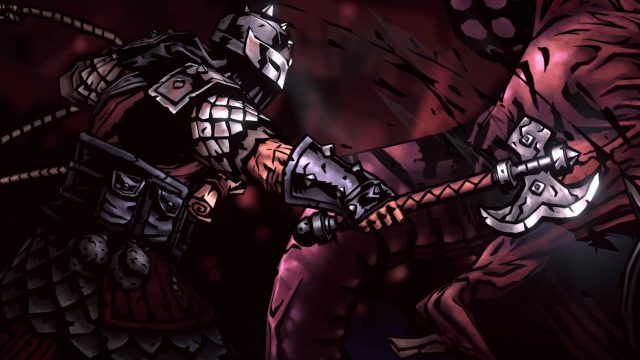 This can make planning a party around his kit quite a challenge as you never know if you’ll actually meet him. However, he does bring some very powerful skills to the table. Darkest Dungeon II’s Bounty Hunter has increased stats when compared to other heroes, to reflect his expensive price. 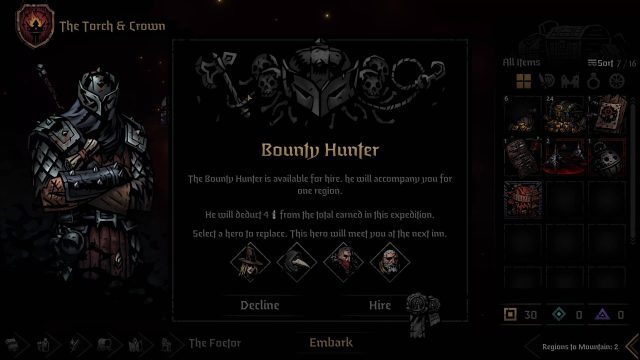 The Bounty Hunter Will Cost You

He is also very serious and does not care for relationships. As such, he won’t have any negative (nor positive) effects related to the new Affinity System. He is still human, and can still succumb to the madness brought about by stress.

Mack the Bounty Hunter starts off with many familiar skills from the original game. These include the Collect Bounty normal attack, Mark for Death to initiate combos or Come Hither to mess with enemy positioning. 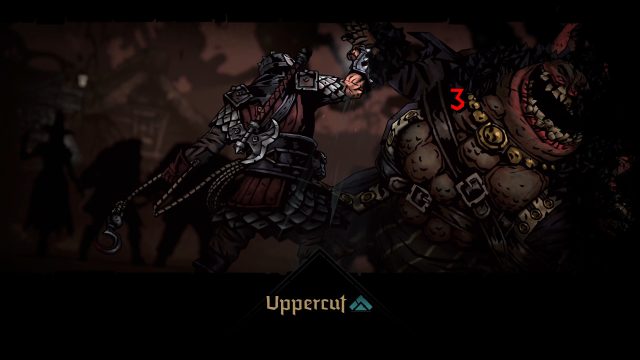 The new moves are quite interesting. Caltrops is a weak ranged attack but inflicts bleeding and hampers a target’s movement and speed. Hurlbat is a throwing axe that deals increased damage to burning foes or always hits if the target is marked for a Combo. Staredown has the Bounty Hunter gaze into the enemy’s soul, making them weak and taunting them. Bodyguard protects a character in your party and grants the Bounty Hunter increased damage resistance.

Overconfidence is a Slow and Insidious Killer

Generally, the update seems to have been received quite positively by fans. It is good to have a new meta-progression that will keep players invested in the game. Having something new to chase will always be a good carrot-on-a-stick indeed. Aside from the aforementioned new features, tons of balancing has also been done for almost every corner of the game. 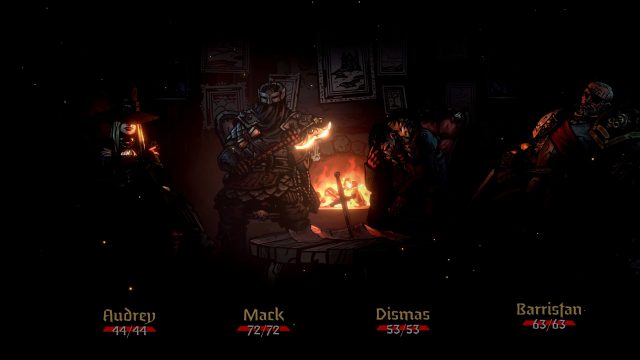 Stronger than the Others

Be sure to check out our Early Access Impressions and the Best Tips to Get Started.

For more news, check out Wild Hearts AAA Hunting Game Launches in February 2023 and Sea Horizon is a Turn-Based Roguelite that Mixes Cards, Dice, and Survival.