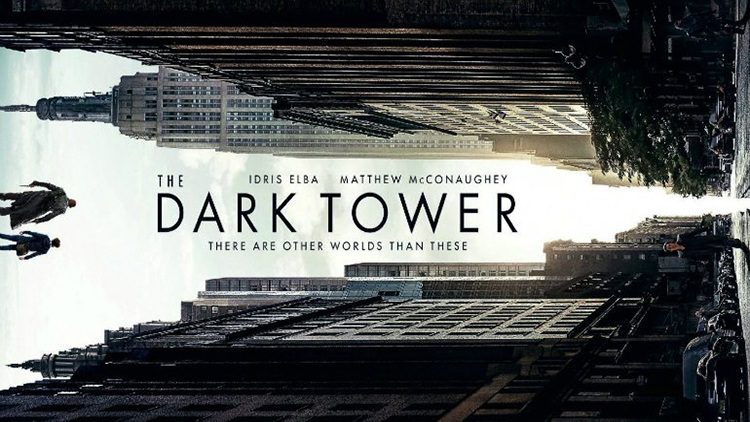 In less than a month, the film adaptation of Stephen King’s definitive series The Dark Tower will hit the big screen. Trailers have shown several deviations from the books, which of course hasn’t gone unnoticed. Or rather, “not yelled about.” One fan, the one who happens to be writing this, is incredibly happy they decided to make some changes.  Here’s my pitch for why “different is good” for movie adaptations in general, and The Dark Tower in particular.

The Trouble With Adaptations

Book to film adaptations are always tricky.  Let’s explore some of the fundamental reasons why going from paper to film is so challenging to do right.

My most profound experience with someone expressing adaptation disappointment came from a discussion with my mother.  I was trying to tell her how awesome the Lord of the Rings movies were; as we were both huge fans of the books.  She replied that she’s seen the trailers and “Arwen wouldn’t have a sword.”

And that was that.  She never saw the films. 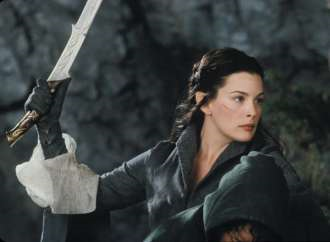 Trivial? Not to everyone

“How preposterous” I felt at the time (and still do, sorry mom).  This brings me to my first point.  Fans of anything have emotional ties to their favorites. A slight deviation in Arwen was a deal breaker for my mother. My trouble with this is that there is not, nor can ever be, a perfect translation from book to movie.  Or put another way, no matter how hard the crew tries, the film will be different somehow. Differences in something we’re emotionally invested in can be heartbreaking. I get that, I really do. I haven’t fallen in love with every actor that’s donned the burlap mask for instance.  My plea here is that this shouldn’t be held against the rest of the adaptation. If you’re looking for a reason to be pissed, I guarantee you’ll find one.

A similar imperfection is that every single reader brings their own experience, biases and preferences to the table.  We all “see” the events in the book a little differently. If you said you envisioned Elijah Wood as Frodo, then I’m betting you’re Peter Jackson. There’s zero chance of a film matching every reader’s imagination. 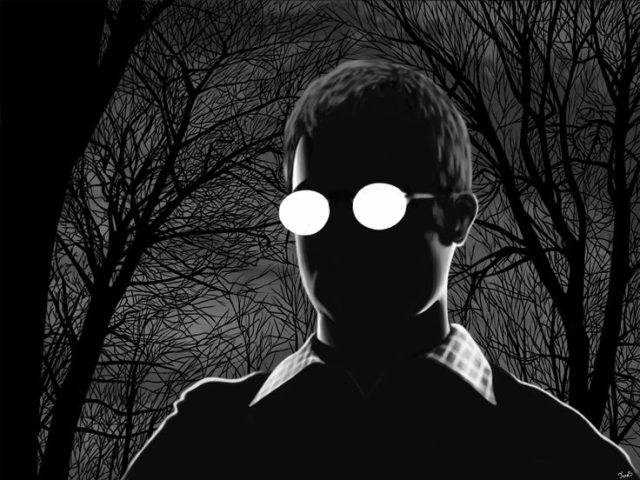 Not quite who I would have envisioned for this guy either…

There are practical matters that create issues when making a film adaptation as well.  Chief among them is length. Theatrical releases for Lord of the Rings all hovered around three hours long. As someone who sat through them and loved them: it was still a long time to sit. The extended cuts turn each movie into a film festival of its own.

Here’s the kicker, they STILL leave out a ton. I remember the uproar at the lack of Tom Bombadil.  Can you imagine how long the films would be if they did a scene by scene recreation?  The Lord of the Rings made one three hour (or longer) movie out of each book. The Dark Tower is now up to EIGHT books, though I suppose the latest could be left out without much controversy.  A series would work better, but I’ll crap on that idea soon enough. 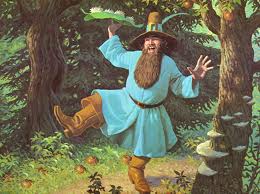 “Hullo, I do nothing to advance the plot”

Pacing is a lot more forgiving with a book. Character development can occur with great leisure.  Tangents often add valuable context, or minimally constitute a harmless side journey. Take Tom Bombadil for instance (again). What point does he really serve? They get in a bind and meet him via some Deus Ex Machina.  Then they have a fun romp and then he comes back for a little more Deus Ex Machina. This might be unpopular to say, but Tom Bombadil is kinda pointless. It works in the books, but would bog down a film. The Dark Tower has numerous tangents such as this as well.  Great in a book. Not much better than dead air in other media. Even attempting this in a series poses challenges. A Bombadil like tangent is just long enough to dominate an episode. This might sound fine, but this means a episode or more in which the main story lines are neglected.

The Dark Tower Itself

There are numerous things specific to The Dark Tower series itself that would make it nearly impossible to translate to film.

Be warned: The Skare in black fled across the article, and the spoilers followed…

Roland’s deepening relationship with his ka-tet takes place mostly internally. While not impossible to demonstrate this visually, it’d be very difficult and require knockout performances from the entire cast.  And I would consider this the smallest barrier that I’ll address.

For fans of the series, I’d ask that you remember the face of your father and think objectively with me from this point forward.

Stephen King creates a world of infinite universes for The Dark Tower.  This creates a symbiosis with literary works that reach much farther than his own mind. This creates some difficulty in making accurate representations of everything while also creating a singular aesthetic. You need to create a coherent world in which Harry Potter relics collide with those of the Marvel Universe and much more.  It’s easy to pull the bits of these infinite worlds together mentally, but far more challenging to make it cohesive visually. 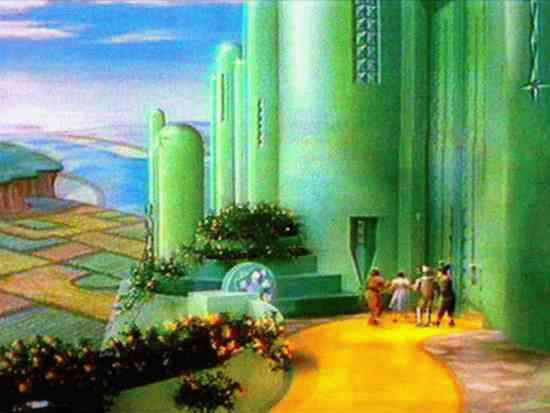 Continuing along this train of thought, King adds many elements that would be considered absurd in most horror or thriller scenes. Imagine you’re given the task of making a haunting world with this collection of imagery: A pink train, the Emerald Palace (yes the one from Oz) with a rainbow gate, a bear with a satellite dish on it’s head, lobsters with lawyer like questions, a small army of Doctor Dooms…I could go on. Each and every one of these elements would take an incredible amount of thought to create the right level of tension. The book is full of these absurdities. While reading, we can transport ourselves to a realm where these things are terrifying.

King also does a great job describing the “special effects” of certain scenes. Many of these come across just fine in print, but would lose impact visually.  Eddie, Jake and Oy going Todash is a great example. King describes this as “blinking” in and out of the world, with a ghost-like placeholder as they visit the other world. Or in other words, a lot like Scott Bakula did in the 80s. The effect itself is easy to replicate, as I’ve seen it innumerable times. It’s yet to achieve the same impact as my imaginary version.

My final point revolves around antagonists, and this is where the worst spoilers are. The primary antagonist, The Crimson King, is spectacularly bad as a foil. He’s around for what feels like six or seven pages of an eight volume story. He’s nothing more than a reference for most of the series (and a scarce one at that).

And what about the Man in Black?  There’s lots of memorable moments with him and I’m glad to see he’s the focus from the trailers. But in the books he makes a casual appearance here and there, just about always getting the better of Roland.  Most of these scenes are anticlimactic.  Like: Roland falls asleep and the Man in Black is “dead” when Roland wakes up.  Or Roland tries to shoot him but the gun catches and that split second allows The Man in Black to disappear. Their interactions are intended to be the focal point, not their conflict. These interactions are often predictive of; or help to shape later events. This means that they rely on having vast reaches of the story intact to maintain their weight. Which, as noted, is a major barrier. 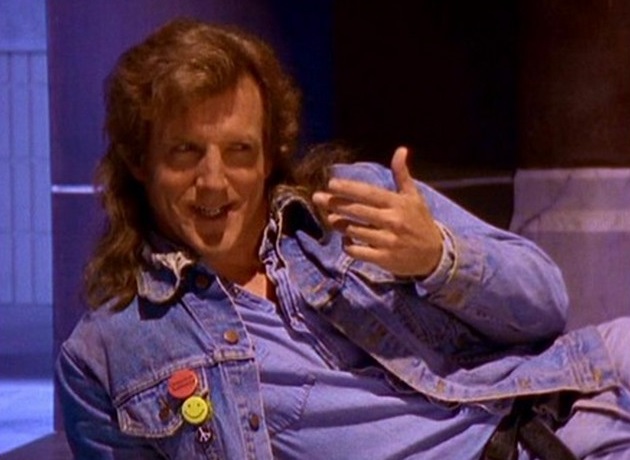 Aka “The Man in Denim” or “Marten Broadjeans”

What about Eldred Jonas, the Big Coffin Hunter? We spend almost the entirety of Wizard and Glass waiting for them to face off.  Roland rides up and shoots him in the face unchallenged.

The list goes on and on, Roland’s enemies are generally short lived with pretty poor ends. Save one… 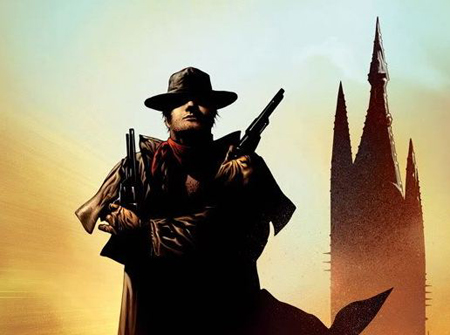 His own worst enemy

Raise your hand if you’ve seen film or TV adaptations of Stephen King’s works?  How many are truly great? Under the Dome was a pretty good miniseries.  Is “pretty good” even close to good enough for The Dark Tower?  Not for me it isn’t. What about IT, The Tommyknockers, or The Stand?  All decent to good at best. And these are all mini-series based off a single book.

Sometimes a straight up movie works well. Pet Sematary, Children of the Corn, Cujo, Carrie, Christine… Many of them are pretty good.  They all lean toward standard horror flicks and lose a lot of the psychological impact their book versions thrived on though. Then we have Hearts in Atlantis which goes the other direction. It does a wonderful job portraying the drama, but loses some of the underlying fear and thinning of the world that comes through in the short story. 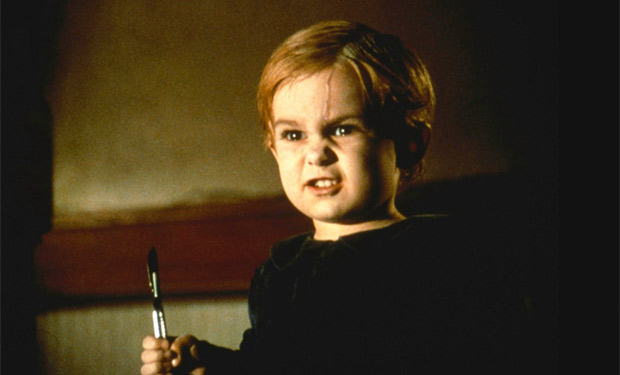 This kid nailed it, I’ll give you that

What about The Shining?  It’s one of the most iconic horror movies of all time.  King hated it as an adaptation. I can’t say I disagree. It’s a great movie. But the underlying themes deviate wildly from the book. The mini-series is a little better about that, but how many of you even remembered there was a mini-series?

While there are many films and mini-series that were good, I’ve yet to see one stack up with the print version without making big changes.

In no way am I saying any single barrier I’ve described is insurmountable.  They’re definitely not.  However, I do believe the combination of these barriers makes recreating The Dark Tower books in a visual format a challenge that makes Roland’s trek seem easy.  And that’s why I’m glad to see that they decided not to simply “make it a movie.”  They’re taking it a different direction, and I firmly believe that this gives it the best chance to do right by Roland.

5 comments on “The Dark Tower Movie: Why Different is Good”