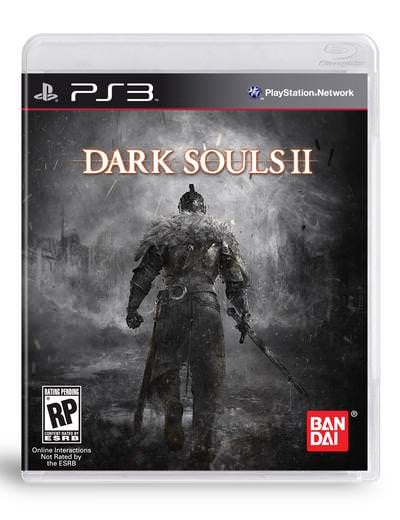 Covenants will be available early on in Dark Souls II and provide the player with multiple new ways to interact with their world and other players. Some offer assistance and protection from invaders, others bring new goals such as defending areas, and some demand the blood of other players.

Most likely related to the bells that the player must ring in order to access Sen’s Fortress in Dark Souls, this covenant seems to feature a black form for its players when as phantoms. The players on this covenant will attempt to protect the bell and prevent other players from achieving their objective of ringing it by being automatically sent to attack the world of the trespasser.  This bell is said to represent the unconsumed affair between two lovers, is there a meaning to ringing it…?

Whilst on the world, evil spirits may invade your world and, were you a part of the “Apostles of Blue” (Blue Cred/ Blue Religion in Japanese) covenant, you will receive assistance from Blue Sentinels. Sentinels are automatically summoned to the world of another player who has been invaded, and must defend the host. This covenant is available from early on as a way to prevent players enjoying the story from being bothered by invasions. Additionally, the Blue Covenant gives you the right to invade sinners as a spirit of vengeance.

Knights of the Sun

Knight of the Sun summoning: The Heirs to the Sun Covenant still praise the sun using their iconic move!

Similar to the Warriors of Sunlight Covenant for Dark Souls. These players will focus on co-operative play and assistance, and gain a special pose when being summoned. Additionally, their golden signs are expected to be more noticeable and thus be able to assist others more often.

Red VS Red’: A member of the Brotherhood of Blood taunt another member of the covenant before a fight. Is there a reason behind this fratricidal fight?

Similar to the Dark Wraiths in Dark Souls, this covenant demands that players enter other worlds and kill the host to obtain their blood. However this time the Blood covenant players will have a harder time achieving their objectives due to the Blue Sentinels and the possibility that the host has another summon as well.