Bandai Namco has released a new launch trailer and screenshots for Dark Souls 3: The Ringed City, the final DLC for From Software’s RPG, which is releasing March 28th for PS4, Xbox One and PC. Watch it now:

The trailer starts off with a scene from the Ashes of Ariandel DLC and then proceeds to show the content from the announce trailer, followed by a sequence of new footage that shows some of the new enemies, weapons, spells and bosses that the expansion will bring.

Additionally they’ve released several new screenshots with descriptions to feast your eyes on and dig into for the weekend: 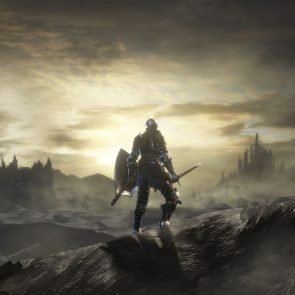 Under the withering dusk lies a desert spread across the horizon. Ashes have buried the structures of old. Could this be the end of an age, or the end of the world? 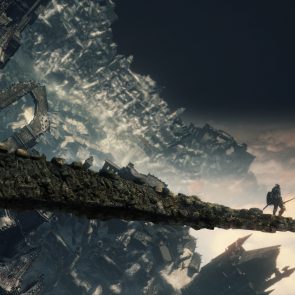 A drift flows through the air. There, at the end of a fallen structure, stands one beckoned to the ruins. An old woman, likewise, has arrived to the ruins, and looks up to mutter, “Thou art indeed like a god.” 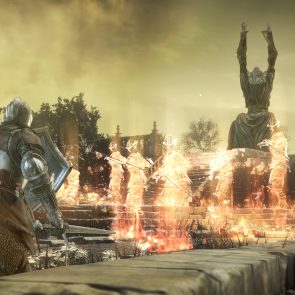 The giant judicator summons powerful spirits – a band of bow knights to its bidding. 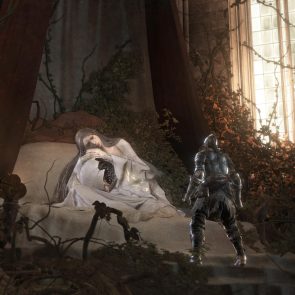 Embraced by the soft light of dusk is a woman in eternal slumber. She holds a half-cracked shell amid the dry overgrowth. Her name is Filianore – one who sleeps for the sake of the people. 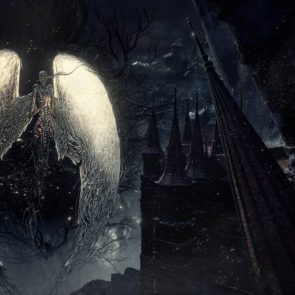 Particles of light shimmer around a winged being hovering in the air. Clasping its dried hands as if in prayer, it is said to be an angel. Yes, a vision born from the pilgrim pupas… 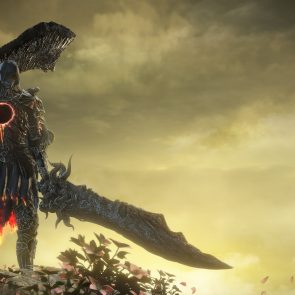 One of the Ringed Knights stands with a gaping dark sign on its chest. It wields two rare giant swords tempered by the abyss and sealed with fire. A true fright indeed. 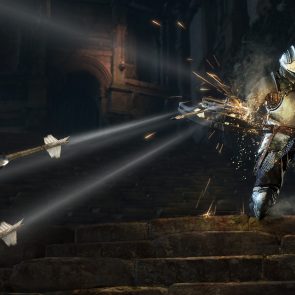 Behold, the modified crossbow, capable of rapid fire to face enemy hordes. The weapon has traveled far, weathered countless battles, and has warped and rusted from blood. Thus, rendering it vulnerable to excessive use. 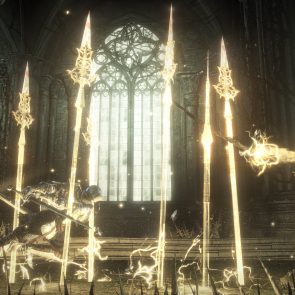 The Spears of the Cathedral and the miracle they bestow protect the sleeping Princess Filianore. Spectral spears of rite pierce the sky to punish and divide the unwanted. 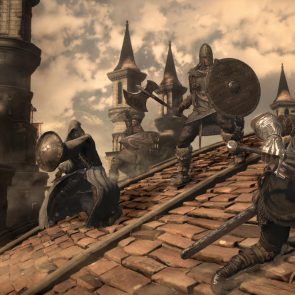 A new stage has arrived for Undead Matches. It looks to be somewhere on the roof of the Lothric Grand Archives.

The newest patch arrives today for the game and brings with it new arenas for the Undead Match for owners of the Season Pass or if you own either of the DLC’s. The patch also brings PS4 Pro support and a host of changes and balancing fixes to the game. Next Monday the 27th, a minor followup Patch 1.12 comes with the following changes:

Thoughts on the trailer and screenshots? Dark Souls 3 is looking to enter it’s twilight with a solid final DLC. Players who have yet to take the plunge can check out the Fire Fades Game of the Year Edition which collects the base game and both of the DLC’s in one package and will release on April 21st.