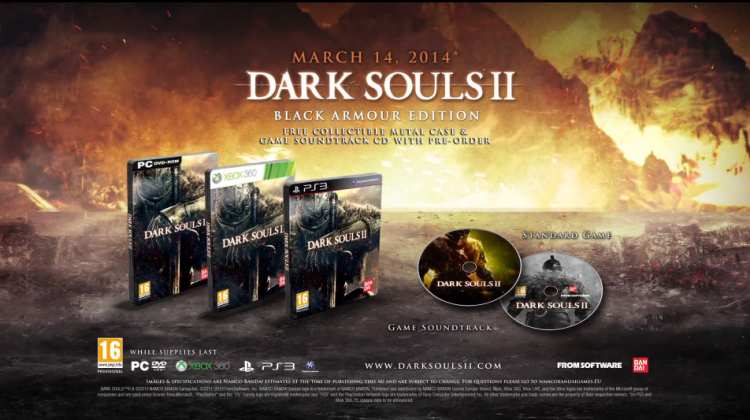 Update! North American Black Armor and Collector’s Edition Prorders get a Dark Souls 2 T-Shirt if you buy directly from Namco!

DARK SOULS IIBlack Armour Pre-Order Edition, available as supplies last is a preorder upgrade including the metal metal case that contains both the game disc and the official game soundtrack.

Preoder from our Amazon Shop