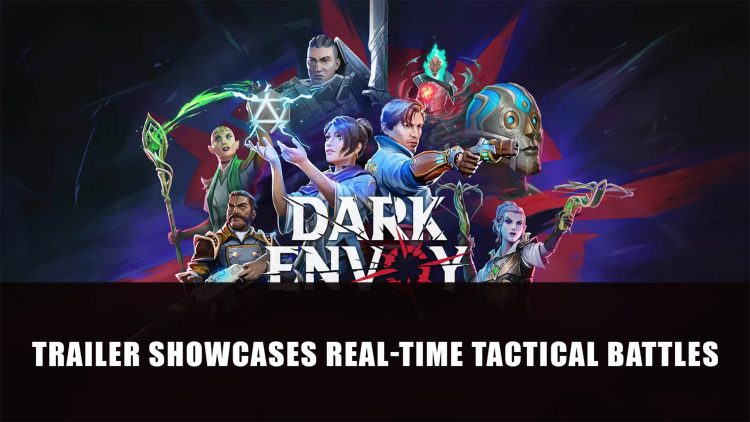 The new trailer for Dark Envoy shows off the game’s combat which gives a choice between real-time and making tactical choices. Developer Event Horizon describes their take on the CRPG genre as a more “modern” approach to tactical combat. In this trailer we get to see more of the world, which is based on the war-torn Gun N’ Sorcery. 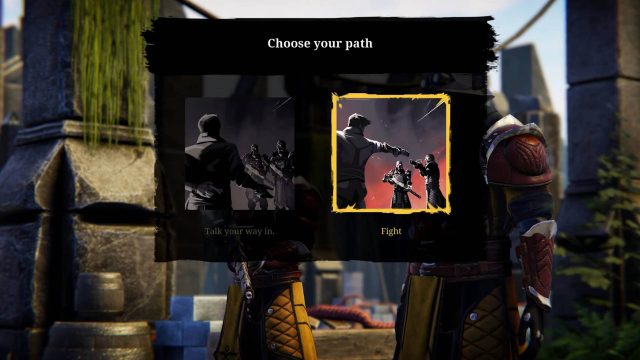 Decide between diplomacy or battle in Dark Envoy.

Previewed are some of the battle tactics, and skills as well as an introduction to the dark force they will face. There are also choices to be made, giving options of going down the route of diplomacy or choosing to fight your way through.

In case you missed it, Dark Envoy is being developed by the same studio behind Tower of Time. The tactical RPG provides free semi-open world exploration, procedurally generated dungeons with the option to choose tactical objectives. The new RPG system sets to shake up the player’s experience allowing them to experiment and cause them to adapt to different challenges. Choices in-game will impact the world around them, with multiple endings to be discovered.

The world is under siege between the sides of magic and technology. Orcs and Elves are the older races in the world, with humans being fairly newer. This has created conflicts and unrest, with humans vying to change their place in the world. The title sets to have a non-linear path, and is a blend of XCOM and Divinity. But unlike its CRPG counterparts, it won’t rely on RNG but the player’s tactical prowess to win the game.

Dark Envoy is expected to release sometime in 2023.

For more news find it here in Assassin’s Creed Valhalla Is Coming To Steam This December and Gatewalkers Is An Isometric Co-Op Action-RPG That Features Tons Of Character Builds.