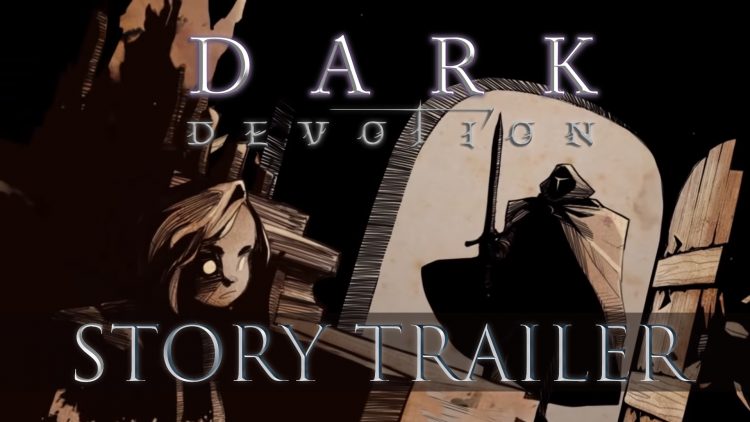 Indie developer Hibernian Workshop and The Arcade Crew release a new trailer featuring the desolate world of Dark Devotion. A game that focuses on strong RPG influences in a side-scrolling action game. The game is currently set to release on PC.

The latest trailer delves into the dark the world in a story driven trailer, narrated with hand-drawn animated characters. This bleak world revolves around a religious group that are in charge, they punish those that lack devotion to their cause. We see scenes of suffering and battles of the two sides. The trailer leads us to the final scene where we see the temple, the place where this action-RPG takes place.The trailer uses a mix of hand-made art, sombre soundtrack and chilling narration to really piece this suffering world together. Check out the full trailer below:

Dark Devotion started as an Kickstarter project and has since been Nominated for Best Graphics and Best Game at Bitsummit 2018. The game is set to release on PC but no news of the release window as of yet.

If you enjoyed this article be sure to check out the Dark Devotion – New Announcement Trailer and our “Dark Devotion” Preview: Gloomy Rogue-Like RPG to find out what we thought.