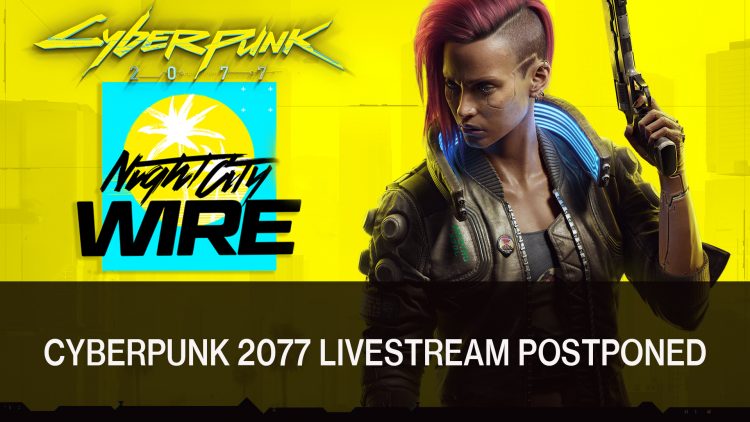 CD Projekt Red have announced they will postpone their upcoming Night City Wire livestream about Cyberpunk 2077.

CD Projekt Red were going to hold a livestream for upcoming Action-RPG Cyberpunk 2077 called Night City Wire on June 11th, but this has been pushed to June 25th. The developer is still excited to share more about the game but expresses that “more important discussions are happening right now and we want them to be heard.”

We decided to move Night City Wire to Jun 25th. We still look forward to sharing new information about CP’77, but more important discussions are happening right now and we want them to be heard. We wholeheartedly stand against racism, intolerance and violence. Black Lives Matter.

The decision to postpone the livestream event is due to the current protests that are happening all over the US in regards to the death of George Floyd and police brutality. This unrest has sparked many in the gaming industry to step back from making announcements to stand with the cause.

Sony also announced they would be delaying their Playstation 5 event which will showcase PS5 games in a one hour presentation.

Cyberpunk 2077 is set in the future, where you are hired as a mercenary, taking on some pretty dangerous jobs. Decide how you want to handle quests in this Action-RPG, whether you wish to use your intellect to solve problems or take a more violent approach.

Currently there isn’t much known about what we will see during the Night City Wire livestream but previously CD Projekt global community lead Marcin Momot has said “Stuff will be shown!”

For more news be sure to check out next The Waylanders Gets New Details About Animal Companions and The Outer Worlds Wins The Nebula Award For Game Writing. You can also find out more about the upcoming expansion for the ARPG Path of Exile: Harvest.