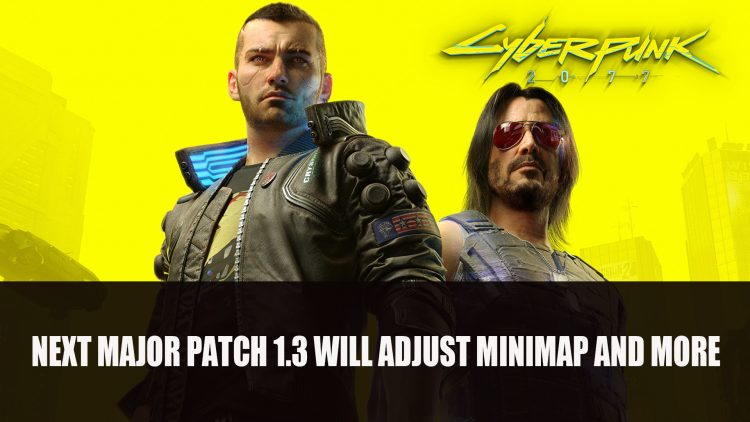 CD Projekt Red has shared a few details on what to expect from the next patch 1.3 for Cyberpunk 2077.

Cyberpunk 2077’s Next Major Patch 1.3 Will Adjust Minimap and More

The next major patch for Cyberpunk 2077 version 1.3 will be bringing a few changes to minimap, zooming out a little to allow for more detail on the minimap to be seen. The patch also adjusts conversation options from the early story quest, which sends players to the Clouds club.

The choices of NPCs Angel and Skye will now have photo options, so players know what to expect when they pick either.

Players will also be able to experiment with perks more in-game as Patch 1.3 will make changing them cost less. The respec for characters will be available from an in-game vendor which will set you back 100k eurobucks for the item, after which you will be able to reset your perks from the character menu for 13k.

Previously Cyberpunk 2077 was returned to the Playstation Store earlier this year in June, after fixing a number of performance issues that led to the game being taken down from the store at launch.

You can check out more news next in Nexomon Coming To PS5, Xbox Series, PS4, Xbox One And Switch On September 17th and Mortal Shell The Virtuous Cycle DLC Free To Download For Five Days.