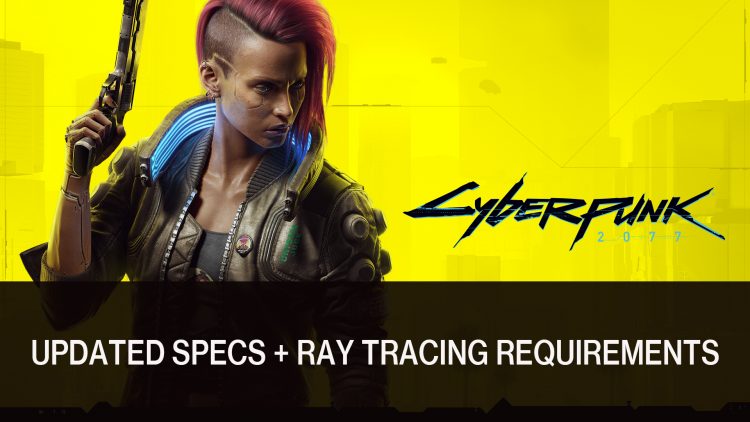 CD Projekt Red shared system requirements a couple months ago, sharing the specs needed for a minimum setting. New update specs for Cyberpunk 2077 have been released stating what you will need in order to run the game on High and Ultra.

You asked, we deliver!

Check out the >>UPDATED<< system requirements for #Cyberpunk2077!

If you want to see all the RTX hype, and what gameplay looks like with ray tracing, you can check out the video released by Nvidia which shows some behind the scenes and gameplay:

Last week CD Projekt Red also unveiled some more gameplay for the first time on Xbox Series X and Xbox One X. Plus a brand new trailer and shared details about the option for a streamer safe mode/content creation to avoid copyright music troubles.

Cyberpunk 2077 will launch on PC next month on December 10th. It will also be releasing on PS4, PS5, Xbox One and Xbox Series X/S and Stadia.