We were fortunate enough this E3 2018 to go and see the game that everyone is talking about, Cyberpunk 2077, which is being produced by the Witcher developer CD Projekt Red. No public gameplay was revealed this year, so you can imagine our excitement at getting a behind closed doors view of things to come. If you’re a fan of games like Fallout 4, Metro or Mass Effect, then Cyberpunk 2077 should interest you, if not at the very least, intrigue you.

Based off the 1988 table top game, Cyberpunk 2077 is set in an alternate time-line dystopian future where the United States is in pieces and more or less governed by large corporations. Crime, violence, promiscuity and poverty are rampant, and it has become clear that the American Dream is no longer attainable. People must look out for themselves and cannot rely upon anyone to help them in this time of anarchy and apathy.

A mercenary, you are hired to take on some of the most dangerous jobs in the area; stealing, seducing, coercing and killing your way to success if necessary. In Cyberpunk 2077 there is no shame, and you as a player are free to help others, or be that badass mother***er that you’ve always dreamed. The game is intended for mature audiences and there is tons and tons of cursing, gore and nudity. Be warned! If that’s not your thing, then you will absolutely not like this game! 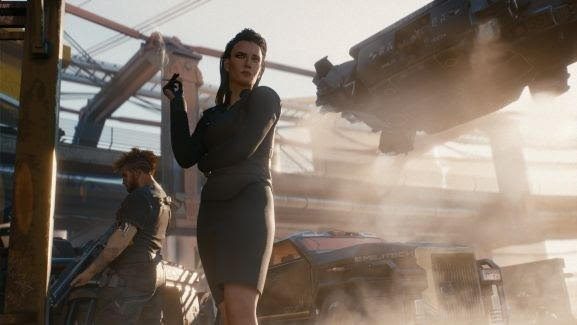 Your character, your look, your choices!

Cyberpunk 2077 is completely first person, except when you are driving around in one of the game’s 100+ vehicles. Fallout players will feel at home here, as the gameplay is somewhat similar, with its own special look and feel of course. For instance, players will use implants to further enhance their capabilities, allowing them to see further, climb walls, infect enemies and more. You can also slow time while in combat, giving that Matrix feeling while you dodge bullets and shoot people in the groin in slow motion. 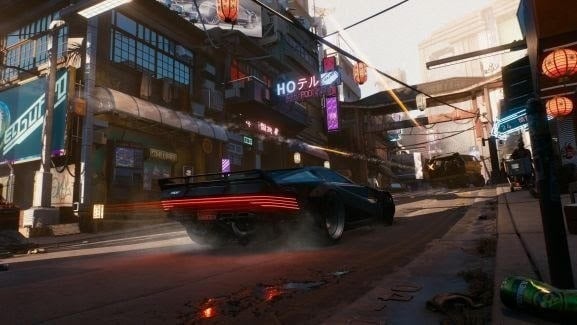 Players will be able to fully customize their character during creation, picking such things as Race, Eye color, hair color, body type, skin tone, and gender. Many of the decisions made here will affect the player later on and may create or remove various opportunities. Things like Background may make certain people more or less friendly, and you may have additional dialogue options, not unlike Larian Studios’ game: Divinity Original Sin 2.

The premise of Cyberpunk 2077 is simple really. Complete activities and quests to gain money and reputation. Buy new Implants, Weapons and Armor to become more powerful. Join different factions and rise through the ranks, gaining Street Credibility along the way. Fight, negotiate, bribe, lie, steal and cheat your way to whatever outcome you desire along the way. All while visiting the brothels, Implant doctors, traders, hotels, nightclubs and a future full of sin. 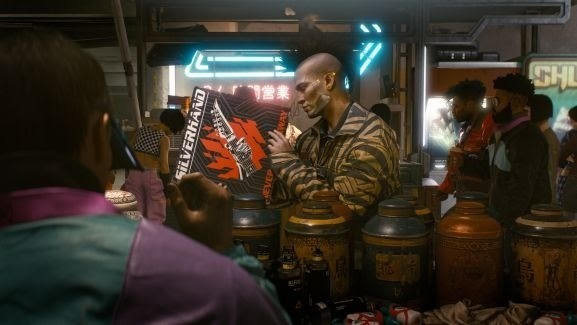 The fictional dystopian city reminds me a lot of the 1982 movie Blade Runner or even the recent Neflix tv show Altered Carbon. Both modern and advanced technology coexist to make a sci-fi setting that is not too unbelievable for the not so distant future. Energy weapons, cybernetic implants, space cars, and more create and interesting atmosphere and setting for a game, that isn’t full blown sci-fi, like Mass Effect.

People live in large complexes called “mega-buildings” that have their own sustained economy, including shops, police, housing, bars and strip clubs. The currency is called “Eddies” which is a nickname for the Euro Dollar. There is a gaping disparity between the rich and the poor in the completely bureaucratic driven economy where money equals power. It would be like if Google, Apple and Amazon got together and purchased everything, and then you had to live with whatever they allowed you to have. 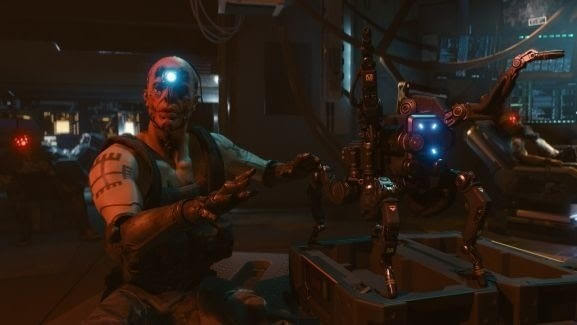 Cyberpunk 2077 is an RPG that let’s players cut loose in whatever manner they wish, in an almost over the top kind of way. Nudity, violence, sex and profanity fill the story driven game at every turn. Almost so much so in fact that it may put off some consumers from purchasing the title. However, if you can get past that aspect, or it’s simply your cup of tea, you’ll find an RPG that many players have been dreaming of for a long time.

If there is one word I would use to describe the game it would be “freedom”.

The player is simply free to do what he or she wishes inside the framework of the game, and often it’s things that you would never do in real life. From driving through shopping malls, to blowing the brains out of the guy who spit in your face, or seducing that hot stripper you saw at the night club, the game will attempt to unleash your emotions in a way few games can. CD Projekt Red has made a bold move by creating a game that pushes the boundaries of what is considered acceptable by today’s gaming standards, and I for one think they’ll actually pull it off with flying colors. 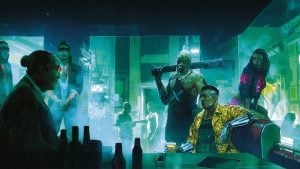 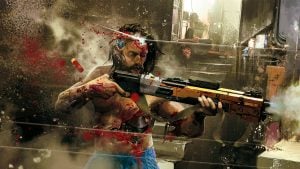 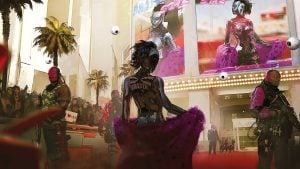 On the Red Carpet 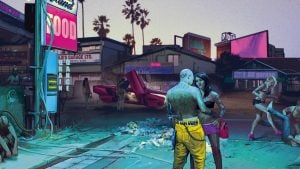 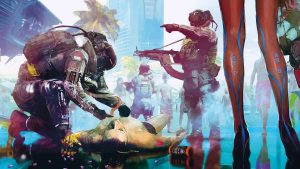 Interested in CD Projekt Red’s game? Visit the Cyberpunk 2077 wiki to keep up with all reveals. You might also want to check out our other E3 2018 coverage, and browse previews for other upcoming RPG titles.