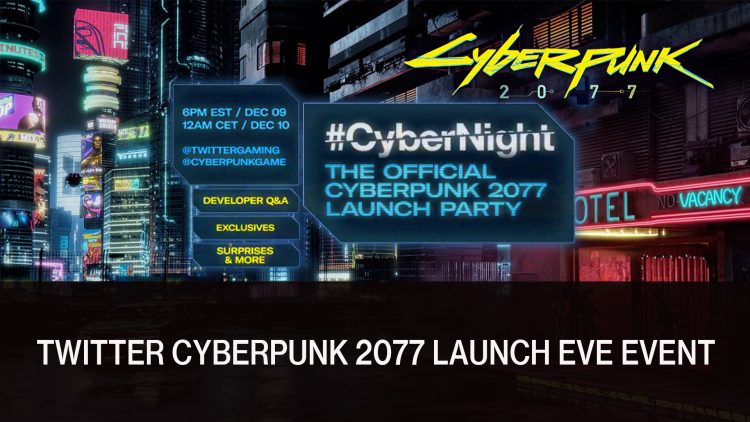 Twitter and Cyberpunk 2077 developer CD Projekt Red are teaming up for a launch eve event of upcoming Action-RPG.

Cyberpunk 2077 Is Teaming Up with Twitter for Launch Eve Event

The night before the Cyberpunk 2077 launch, CD Projekt Red is teaming up with Twitter. Using the hashtag #CyberpunkNight and it will be organised by Twitter Gaming, for an official online launch party.

The event will entail a Q&A session with developers Miles Tost and Patrick Mills, plus a handful of exclusive materials and a number of other surprises in store. The event will kick off on December 9th at 12:00 AM CET / December 10 at 6 PM EST.

We’re teaming up with @CyberpunkGame to host #CyberNight — the official launch party of Cyberpunk 2077!

If you’re wondering at what time Cyberpunk 2077 will go live on launch day, you can find the times according to your region below: 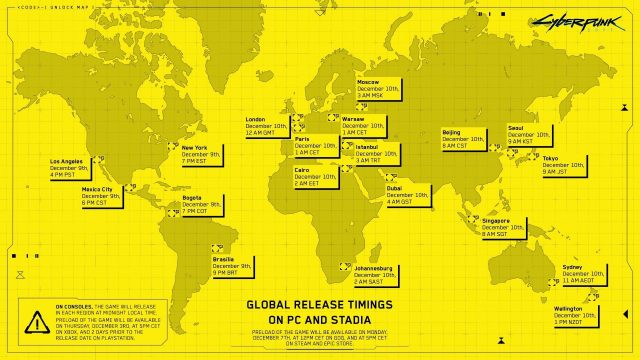 Previously CD Projekt Red revealed how console players will be able to transfer their Cyberpunk 2077 game progress from Playstation 4 and Xbox One to next-gen consoles. Those who pick up the new console after the launch of Cyberpunk 2077, will be able to transfer their Playstation 4 and Xbox One saves, and continue their game progress on their brand new console (PS4 to PS5, Xbox One to Xbox Series X|S).

Want to know what other RPGs are releasing this December? Check out next Top 5 Upcoming RPGs of December 2020.