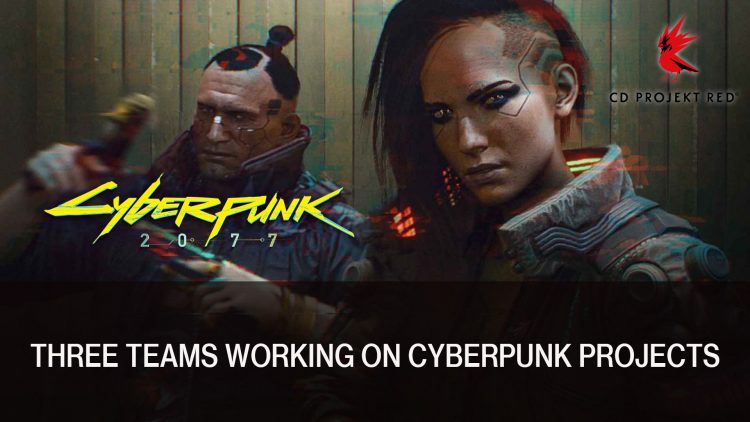 According to an article released, CD Projekt Red are working on three projects all related to the Cyberpunk 2077 universe.

[UPDATE] An update has been added at the end of this article.

In a report revealed by Polish business site Bankier.pl, CD Projekt Red are working on three projects all based on the Cyberpunk universe. There are three teams covering Cyberpunk 2077, another title in the same universe and a multiplayer project.

The president and joint CEO Adam Kiciński and CFO Piotr Nielubowicz shared that:

We’re working on three Cyberpunk things – the main game and two more. These are three teams.

While the multiplayer project hasn’t been revealed whether this is a separate title, or whether it means a multiplayer mode or possibly a DLC. They also talk about the scale of their next project:

Our next big project will also be in the Cyberpunk universe, and we’re already working on it and treating it as a really big and innovative project for us.

This could mean a possible sequel to the Cyberpunk 2077 is already in view. We also get some insight as to when we’ll be learning more about these projects as well how soon we’ll see a preview. Make sure you mark your calendars as there will be a big unveiling at the beginning of 2020 :

A strong dose [of information] should be expected at the beginning of next year when the preview will appear. Then industry journalists will already be playing and writing about it.

[UPDATE – 04/07] According to PCGAMER there was a little confusion with the findings from the Bankier.pl which was in Polish, as the Google Translation led to some mix ups. To straighten out the situation an email from CD Projekt Red cleared up some of these details:

We currently have a total of five teams working on a number of projects, with three focusing on the development of Cyberpunk 2077. These include CD Projekt Red Warsaw and Kraków, who are handling the main game, as well as the Wrocław studio, where around 40 industry specialists are engaged in technology R&D.

A separate, dedicated team at the Warsaw studio is handling the development of Gwent. The final team is Spokko, which is currently working on a yet unannounced mobile project.