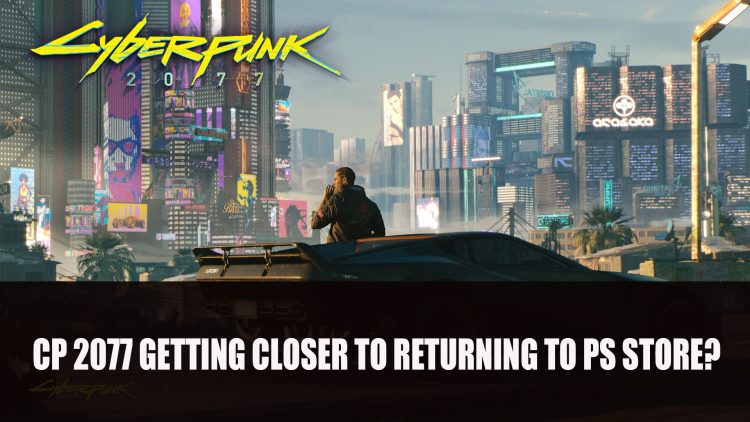 Developer CD Projekt Red says they are getting closer to returning their latest RPG title Cyberpunk 2077 to the Playstation Store.

Recently Cyberpunk 2077 developer CD Projekt Red released an update, patch 1.2 for the Action-RPG, which included a number of changes and fixes, concentrating on last-gen platforms. In light of this, the developer shared they are getting ever closer to restoring the title to the Playstation Store, after it was taken down by Sony over 100 days ago due to the number of requests for refunds from Playstation 4 players.

In an investor call which was highlight by Kotaku, CD Projekt Red exec Michal Nowakowski talked about the matter of Cyberpunk 2077 returning to the PSN Store:

Even though they believe they are making strides in improving the performance of the game for last-gen consoles, ultimately the decision is up to Sony on whether the game will be made available again on the console’s store.

While Xbox One players didn’t quite have the same response from Microsoft with leading to a removal of the game from the store, but a disclaimer still remains on the game’s listing warning of an uneven performance on Xbox One.

Cyberpunk 2077’s patch 1.2 is now available on PC and consoles, being quite a hefty update, adding hundreds of changes. Previously CDPR had stated that patch 1.2. “should fix the most prominent problems gamers are facing on last-gen consoles”.

Are up you continuing your Cyberpunk journey now the patch has gone live? If so, be sure to check out our Cyberpunk 2077 wiki. What is your experience so far? Let us know in the comments below.

For more news find it here in Tokyo Game Show 2021 Will Be An Online Event and The Witcher 3: Wild Hunt Complete Edition Next-Gen Edition Launches In 2021.