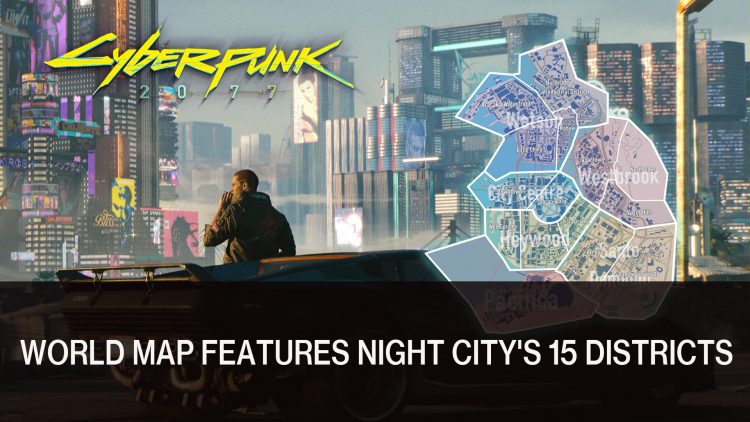 A Cyberpunk 2077 fan has pieced together the 15 districts of the Night City’s dense layout into a world map depicting how they all fit together.

Cyberpunk 2077 finally releases this November, and fans are now piecing together info for the upcoming action-RPG. One dedicated Redditer has taken the 15 districts of Night City and pieced them together to show what the world map will look like for this open-world game.

A Reddit user by the name Svale_Chow has sectioned the map into 6 regions, City Center, Watson, Westbrook, Heywood, Pacifica and Santo Domingo. Each has their own factions, district feel as well as purpose. The map takes the info from the book The World of Cyberpunk 2077, which contains views from fans who delve into the lore of Cyberpunk universe.

The Districts of Night City from r/cyberpunkgame

The map is put side by side a number of screenshot locations that exist in Night City including the Downtown area, Japantown and West End Estate. There are 15 districts total which vary in culture, appearance and even the kinds of people you will meet. Seeing mapped out gives more of an idea of how the city will look, as well what it will be like to explore this sci-fi urban setting. Of course this is an estimated look, but gives a pretty good idea of what Night City will look like.

You can also see that Pacifica extends into the ocean, whether this is an underground region under the sea level, or could be a place to travel by boat.

Cyberpunk 2077 is based on the tabletop series, so there is a lot of lore that exists prior to this game, so it’s interesting to see it all come together, especially how the world will be mapped out. What do you think now you have seen what the world will look like?