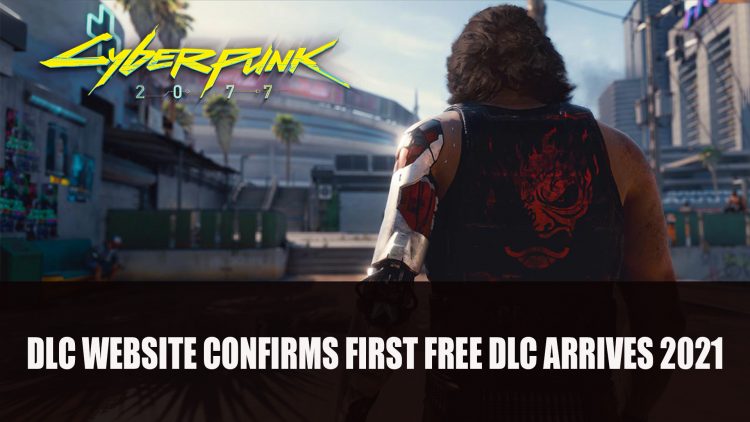 CD Projekt Red have launched their Cyberpunk 2077 DLC website which shares the first DLC will be releasing in early 2021.

CD Projekt Red have now launched an official website featuring upcoming DLC for Cyberpunk 2077. The website shares that the free DLC will be coming sometime in early 2021. There are so far no details about what the DLC will contain yet.

Previously the developer had teased that more content would be coming in 2021 for Cyberpunk 2077, describing future updates as “substantial, story-driven expansions”. The plans also outlined a number of free DLC packs which is similar to what happened with the Witcher 3.

But it hasn’t been smooth sailing for the launch of game which happened earlier this month. The developer was under fire as many fans of the game reported bugs and unplayable performance on last-gen consoles PS4 and Xbox One. This resulted in Sony announcing they would be pulling the game from their digital store, and offering refunds for those who wanted to return the game. At this point the game is still not available for purchase for PS4 digitally, while CD Projekt Red are working on a number of major fixes to get the game running smoothly on the platform, with further updates coming in January. Microsoft has also followed suit with now adding a warning on their store about the poor performance on Xbox One.

Hotfix 1.06 is available on PC and consoles!

CD Projekt Red have been diligently rolling out updates for PC as well, trying to fix some of the strange bugs and glitches that have manifested in the game, with the latest hotfix 1.06 being released last week for PC and consoles. Hopefully they will continue to work on all platforms and deliver more content next year, but game performance should definitely be the priority before rolling out further expansions.

Cyberpunk 2077 is currently available to play on PC, Playstation 5, Xbox Series X, Xbox One and PS4 (for those who bought the game before it was taken down or own a physical copy). If you’re eager to know what we think of the game overall be sure to check out our Cyberpunk 2077 Review: The Final Verdict.