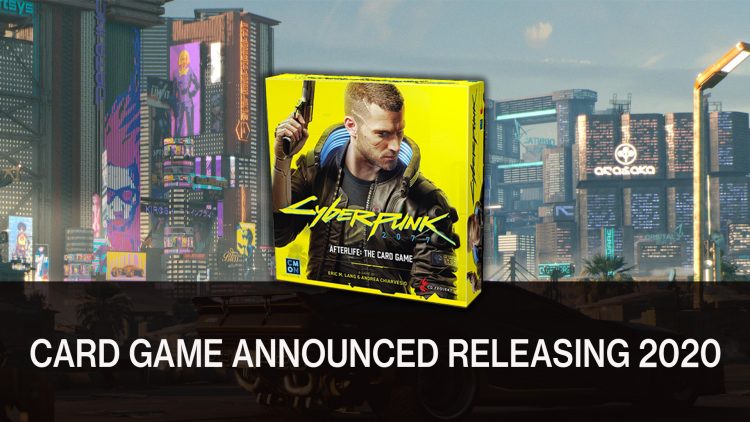 CMON Games and CD Projekt Red have announced they will be releasing a card game Cyberpunk 2077 – Afterlife: The Card Game.

CMON Games who has brought a few games to tabletop, including  Bloodborne The Card Game and the upcoming Bloodborne The Board Game. But a new project has been announced for the sci-fi action-RPG Cyberpunk 2077.

We are proud to share with you our new project. Cyberpunk 2077 – Afterlife: The Card Game will be released in 2020.https://t.co/zs1aeGkqQy pic.twitter.com/Rg9G0zMXF0

Cyberpunk 2077 – Afterlife: The Card Game is designed by game designer Eric M. Lang. In this card game players will take on the role of Fixers, known as databrokers and masterminds in the Night City.

They will recruit cyberpunks, outfit them with gear and put them to use in missions. Everything comes with a price which means learning to balance what cards to buy and what to sacrifice. Successfully carry out a mission and gain Street Cred, a currency that holds great value. This is similar to how the action-RPG works, with Street Cred being a form of experience that can be gain through side missions.