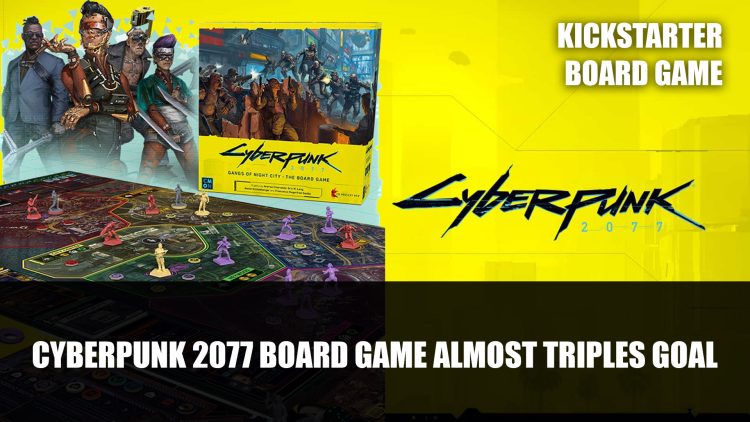 Cyberpunk 2077 Gangs of Night City board game by CMON has now almost reached $300,000 backing for their Kickstarter.

Cyberpunk 2077 Board Game CMON Kickstarter Has Almost Tripled Its Goal

CMON the tabletop game company has put forth a new Kickstarter for the board game Cyberpunk 2077: Gangs of Night City. This competitive board game sets to have up to four players who will vie to take over the Night City while playing as one of the four street gangs. Players can choose to play as the Tyger Claws, the Valentinos, the Maelstrom, and the Voodoo Boys. 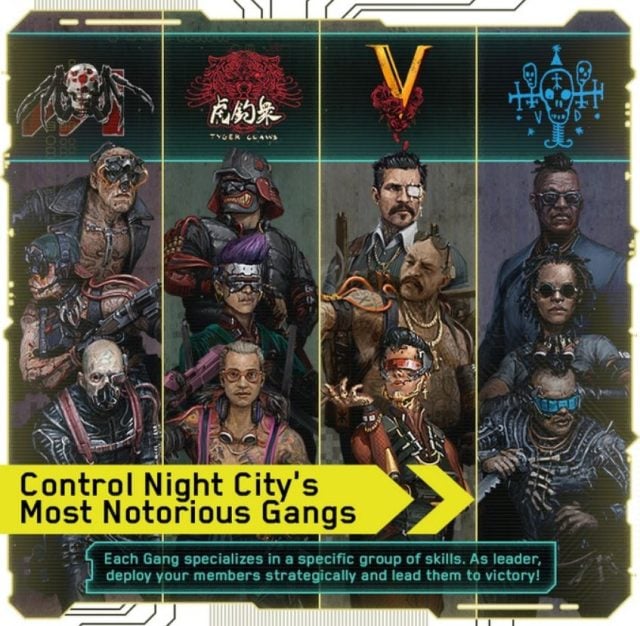 Cyberpunk 2077 gangs Tyger Claws, the Valentinos, the Maelstrom, and the Voodoo Boys. Image via Kickstarter

What is Cyberpunk 2077 Gangs of Night City?

In order to rule over Night City players will need to hire Edgerunners in order to support their gang units in different territories. Edgerunners can perform nethacks to acquire information, gain street cred and in turn dominate their opponents. The Kickstarter page has already detailed some of the well-known characters from the series which includes figurines of Johnny Silverhand and Jackie Welles.

This isn’t the first project CMON games has put forth on the Kickstarter platform, in fact, it’s the company’s 51st campaign on the crowdfunding platform according to their Kickstarter profile. They’ve made such board games as the Bloodborne board game, Cyberpunk 2077 card game and more. 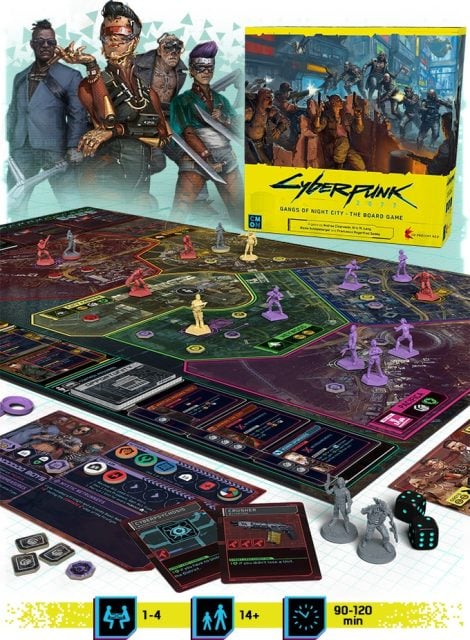 Rise up to control Night City by hiring Edgerunners to hack, gain street cred and more. Image via Kickstarter

The Kickstarter launched recently and has already reached its initial backing goal of $100,000 USD. The project is now fast approaching three times its goal, now standing at $298,097 at the time this article was released. Backers will need to pledge $110 or more to get their hands on the initial board game which comes with rewards and an exclusive V Edgerunner. Of course there are stretch goals that include further character figures and cards. The estimated delivery date is for July 2023.

If you’re looking for more Cyberpunk 2077, CD Project Red seems to have shifted more of the their efforts into developing the expansion for the game which is slated to release sometime in 2023 according to a tweet by the developer earlier this year. CD Projekt Red are also working the next Witcher game which is being developed using Unreal Engine 5.

If you would like to back the project make sure to do so within the next 12 days, as this is when the project will end.

For more news find it here in Xenoblade Chronicles 3 Reveals Details On The World, Its Characters, And More and Persona 3, 4 And 5 Are Heading To Playstation And Steam.