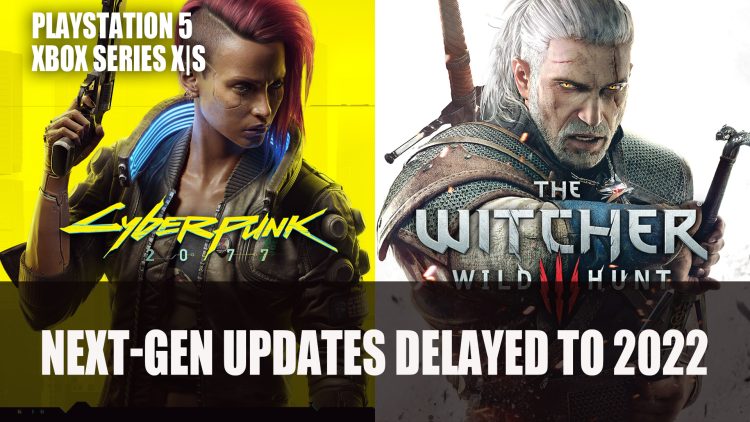 CD Projekt Red have announced the Playstation 5 and Xbox Series versions of Cyberpunk 2077 and The Witcher 3 will be delayed to 2022.

Cyberpunk 2077 and The Witcher 3: Wild Hunt Complete Edition for Playstation 5 and Xbox Series Delayed to 2022

The Playstation 5 and Xbox Series versions of Cyberpunk 2077 has been delayed to Q1 2022 and The Witcher 3: Wild Hunt Complete Edition has been pushed to Q2 2022.

CD Projekt Red have shared a statement saying “Based on recommendations supplied by persons supervising development, it has decided to allocate additional time to both projects”.

CD Projekt Red have been frequently rolling out patches in order to introduce bug fixes and improvements to the game since its launch. Previously the developer announced the next-gen versions of Cyberpunk 2077 and The Witcher 3 would arrive sometime this year but also shared that they are “keeping in mind the lessons we have learned during the past year”.

For more news find it here in Sands Of Aura Action-RPG Comes To Early Access On PC and God Of War Ragnarok Gets Product Page With Key Features And New Screenshots.