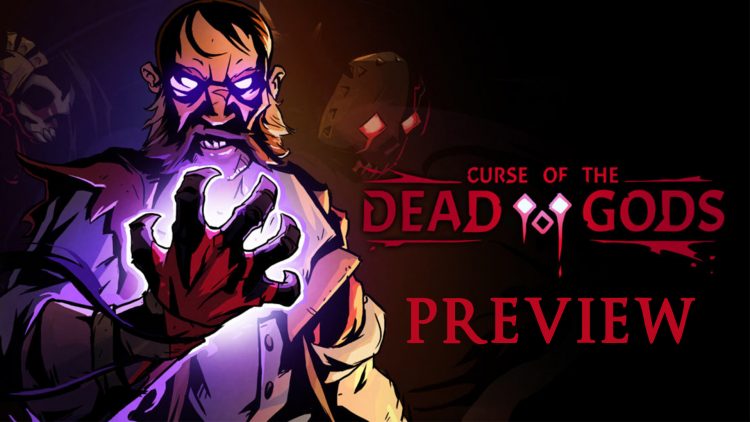 Curse of the Dead Gods is a roguelite dungeon crawler by Passtech Games and has just entered Early Access on Steam this March 3rd, pitting players against a number of dangerous traps, enemies and unforeseen curses. In this Curse of the Dead Gods preview I take a look at this addictive roguelite’s gameplay, mechanics, combat and more after playing it on Steam Early Access.

Curse of the Dead Gods Preview – An Addictive Punishing Roguelite

Curse of the Dead Gods starts with a lone figure entering a temple, full of riches, powers, and home to a labyrinth of paths. But soon you realise there is no going back, the door closes behind you and forward is the only way to go. As you go deeper into this cursed place, you will face more challenging rooms, a variation of enemies and rewards. But with risking the dangers and giving into greed, can be quite punishing. 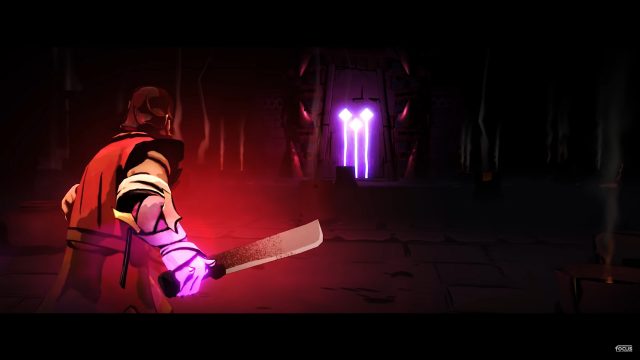 While I didn’t get a huge sense of the story during my early access playthrough, the theme of curses and Gods was very apparent. There are shrines where you can gain certain buffs or Relics on your run, these can be bought with either gold or blood as payment. 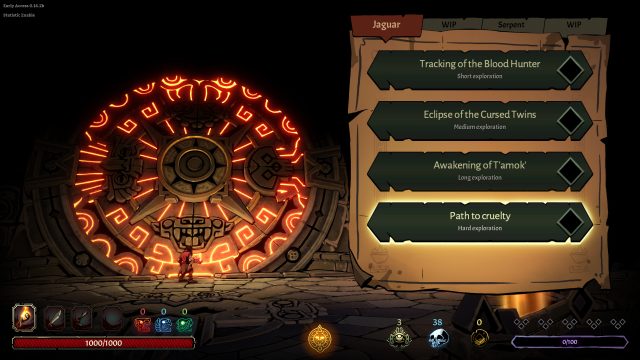 Ultimately a dungeon crawler experience that lets you choose relics and decide which offerings to help boost your run. While can’t choose your base weapons to begin with, as you loot, you will find alternatives such as machetes or even claw type weapons to switch out. You also have a third weapon slot which is reserved for a two-handed, heavy hitting weapon which is effective against bosses and elites, but has the offset of costing you a lot of stamina plus takes a while to swing. There are no active skills to choose from, but each weapon has its own attack style and you also buff base attributes by making offerings to the gods. 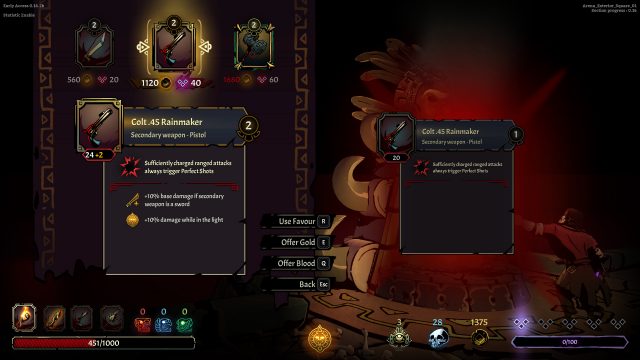 You have a choice of the kind of run you want to play, whether you’re up for a quick run or wanting to go on a more fuller exploration. The randomly generated paths leave some choices to be made, as you can pick from a select number of routes upon entering through each door. Whether you want to pick a Haven to replenish your health, (of course at a cost but we’ll get into that) or a room that offers a chance to gain relics or even weapon upgrades. Or if you’re feeling truly like the RNG dead gods are smiling down on you, try a mystery door. This could lead to something you need right there and then,…or makes your life ten times harder.

Staying true to roguelites, Curse doesn’t let you keep your weapons, relics or gold when you die. You do get to keep looted Crystal Skulls that act as a way to unlock Blessings that act as passives or bonuses that can be used right from the start of your run. As there are no consumables to replenish health, Curse is all about balancing your bloodthirst to down enemies at a fast rate to make progress, and being able to save your health as you never really know when you’ll be able to get to your next Haven. 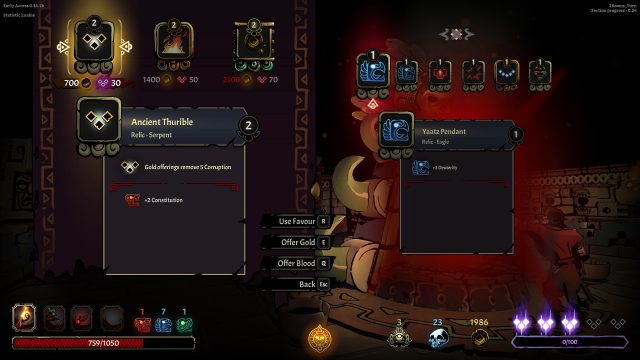 Combat is fun, smash your way through enemies and use the traps in each room to your advantage. The environmental damage reminded me a lot games such as Children of Morta or Moonlighter, as you can lead your enemies to spikes that protrude from the ground and deal some decent damage. But there are a few traps that require you to trigger. This mechanic means your torch has a number of uses, and adds a further puzzle element. 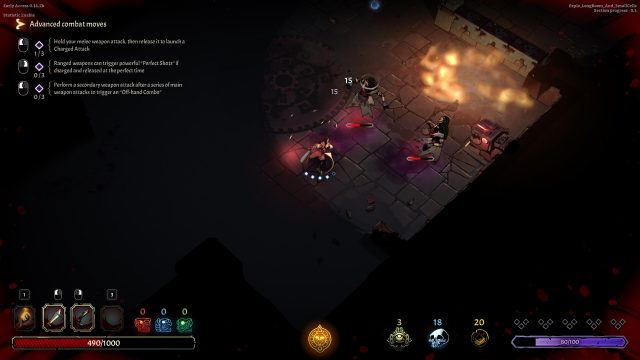 There are also weapon buffs that can be affected by light and even some enemies that like to extinguish your lit lanterns to make things that much more difficult for you. Being in the dark is not your friend, as enemies can stealthily hide, ready to pounce. Or you could just fall into a trap, equally painful to watch.

One thing I had to get use to was the combat direction. As Curse of the Dead Gods is in isometric view, and your character mostly faces forward, sometimes I’d found that a bit tricky to strike an enemy when I was trying to trigger a trap. The traps are pretty fun to set off and can deal some much needed damage with a mob of enemies.

Kill it with fire!

As you get exposed to different enemy attacks, you take damage, but not just damage, you can also receive Corruption. This was an interesting mechanic because as your corruption bar fills, you gain a number of different outcomes called Curses. These can range from unlightable torches, enemies that spawn critters, to a shadowed dodge roll, meaning your own torch will briefly go out as you roll. These can also stack up, meaning by the time you reach the boss room, you could have a number of these effects causing some further challenges. 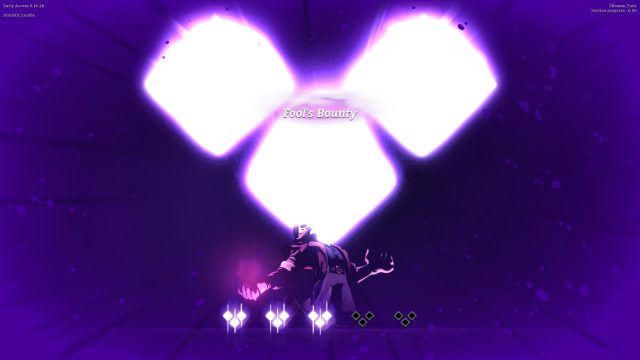 Corruption makes each run really different, as it really depends how well you fare, and just plain luck which corruption effect you unlock. Some corruption effects that feel like a blessing and a curse such as Raging Temple, which unleashes fire balls from previously dormant Jaguar statues. Getting this before going into the boss room just sparks a lot of chaos, but can also help take down mobs. 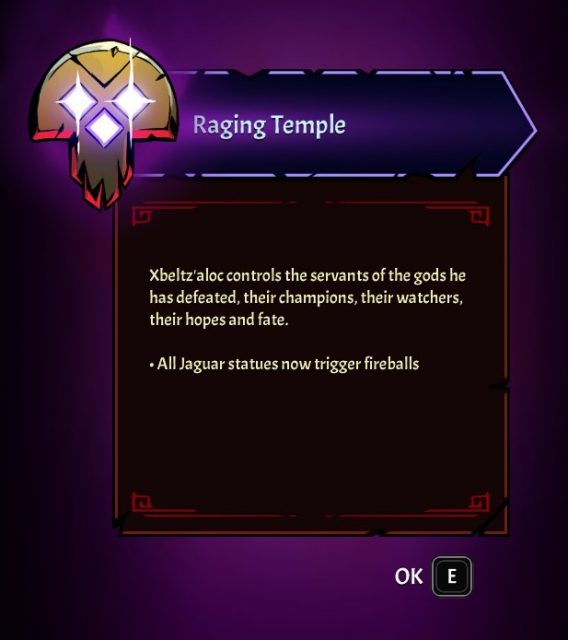 The artstyle mixes a comic book-like design with 3D detailed environments and visual effects. I enjoyed how the combat looked really smooth and made awesome destructive sounds as I smashed through an enemy, or destroyed some environmental elements. The combination of visuals and audio adds that gritty crunch that is satisfying to experience. 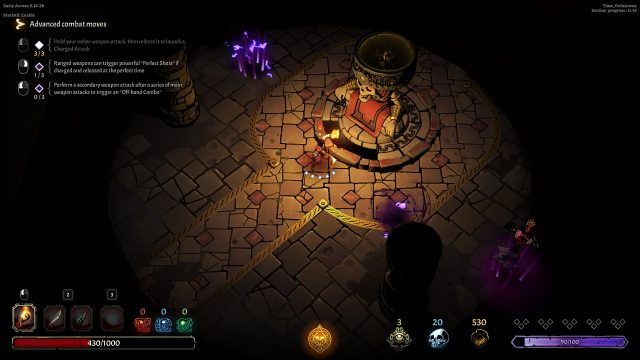 The music is kind of eerie, something out of a horror game and can be quite menacing especially when its backed up by screeching zombie like creatures. The audio just adds to the dark setting of the game, making your experience down in the temple just that bit more suspenseful.

If you’re a fan of Children of Morta or Moonlighter, you’ll enjoy this dungeon crawler of no return. The game is punishing at times, so you’ll get a souls-like fix as you die many times, in a number of ways. Your choices will affect how you progress and could cause your ultimate peril, but that’s just the fun of it. 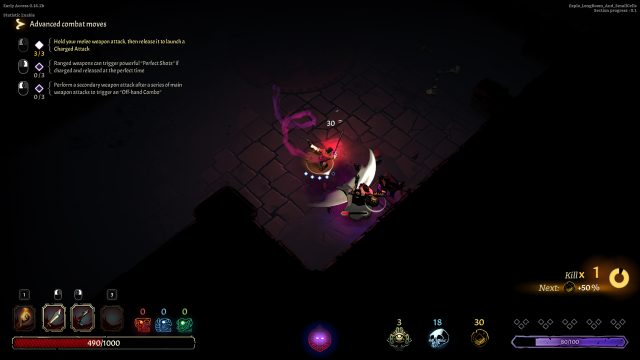 Curse of the Dead Gods is a dangerously addictive game, where you’ll play a number of hours without realising where the time went, as it’s very easy to keep playing. As an Early Access game, it’s feels quite polished already, offering hours of replayability, choices when it comes to a short adventure or a longer challenge. But this isn’t it for content and development. Passtech Games is adding further temples, new weapons, curse, enemies, bosses and much more with future updates.

We look forward to seeing further content with this title as it’s off to a great start with current gameplay in early access.

Curse of the Dead Gods is now out on PC on Steam Early Access for $14.99. It will also be coming to Playstation 4 and Xbox One as well as PC when it fully launches.

If you enjoyed reading this preview be sure to check out more in Wolcen Lords Of Mayhem Preview and Final Fantasy VII Remake Preview.