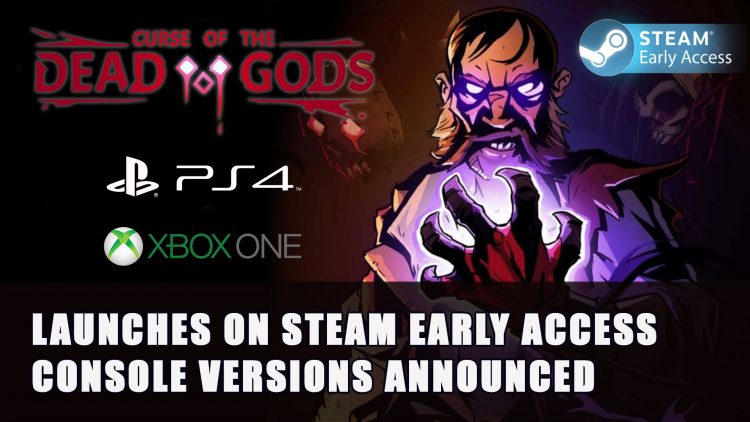 The roguelike action title Curse of the Dead Gods launched on Steam Early Access for PC today. Publisher Focus Home Interactive and developer Passtech Games have announced it will now be coming to PS4 and Xbox One come launch day.

The indie title Curse of the Dead Gods launched on Steam Early Access for PC today for $14.99 and now has been announced to be coming to further platforms when it fully releases. Console players will also be able to pick up the challenging and addictive roguelite that puts you in the role of an explorer. Fight dead gods, nasty enemies while also keeping your eye on traps, curses and the dark.

The early access version comes with over 10 regular Curses that put unique modifiers on your run, more than 30 rooms as well 9 different fighting styles. There are also 40 relics to discover throughout your temple exploration.

I’ve been playing Curse to the Dead Gods on Twitch and it has some awesome gameplay. If you want to know more about what we thought of this curse adventure, be sure to check out our Curse Of The Dead Gods Preview – An Addictive Punishing Roguelite. If you’re also feeling lucky, you can join our giveaway which runs for a week, make sure you sign up before commenting on the post.

Curse of the Dead Gods is now available through Steam Early Access for $14.99. It will fully launch on PC, PS4 and Xbox One.

For more news be sure to read next Spellbreak PS4 Closed Beta Starts March 3rd and Final Fantasy VII Remake Demo Now Available. Also be sure to check out Curse of the Dead Gods Preview.