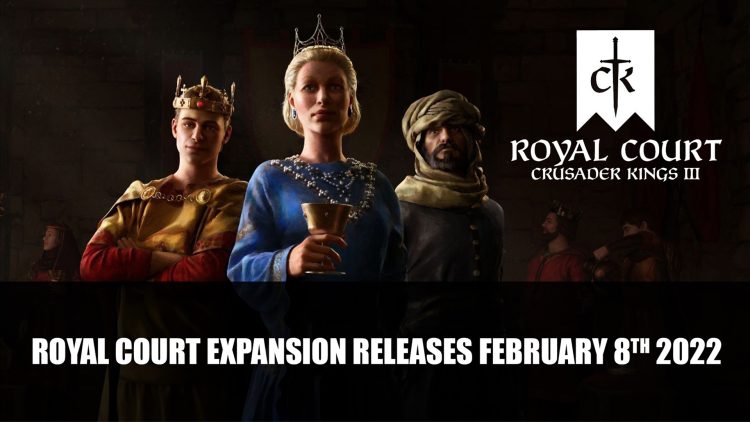 Crusader Kings III‘s first major expansion called Royal Court was first announced back in May. The expansion was then announced to be delayed in October, and finally gets a new release date for February 8th 2022.

The expansion is set to add a new way to interact with the characters that inhabit your kingdom, including major changes to the cultural system of the game as well as adding greater “dynamism and historical fluidity” according to the official Steam page. The Crusader Kings III: Royal Court will include a Throne Room, the ability to Hold Court, Grandeur, Inspired People, Hybrid Cultures, and Cultural Divergence. 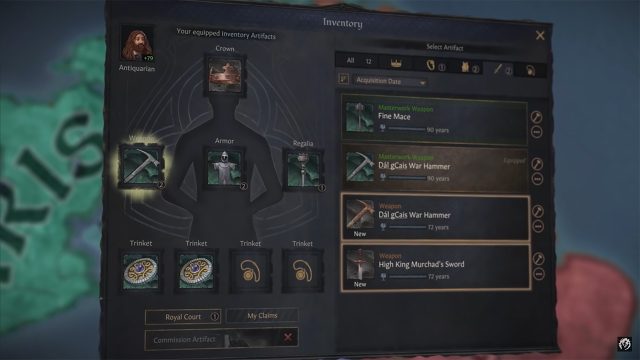 Inventory makes its return in Crusader Kings 3 through certain situations such as duels.

A new video breaks down the features of the expansion including the Throne Room where you rule and cultures. Inventory will be returning to Crusader Kings 3 with the use of Court Artifacts that will appear on your person in certain situations such as through duelling. Artifacts can be obtained by attracting Inspired People to your court. 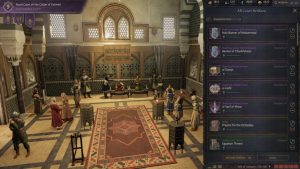 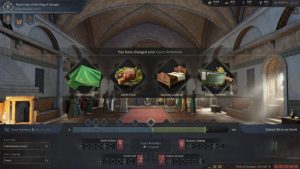 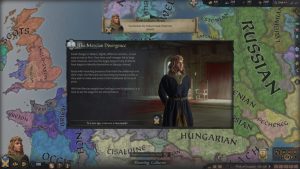 You can also check out the date reveal trailer below:

Crusader Kings 3 is currently available on PC and will also be launching on PS5, and Xbox Series X|S as well as Xbox Game Pass. The Royal Court expansion will be releasing on February 8th 2022.