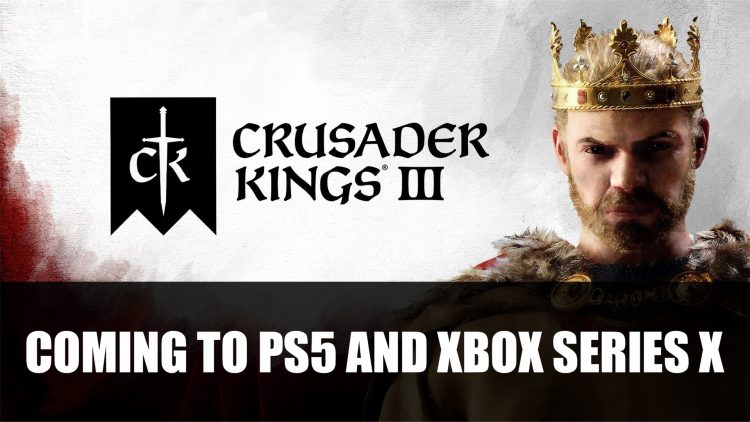 Announced at Gamescom 2021 during the Microsoft Xbox stream, Crusader Kings 3 will be coming to Playstation 5 and Xbox Series X.

The kingdom management game Crusader Kings 3 was announced during Microsoft’s Xbox stream at Gamescom 2021 to be coming to consoles Playstation 5 and Xbox Series X.

Paradox shard the new features which will be designed specifically to take advantage of each console’s features. The Xbox Series X version will allow players to switch between the Crusader Kings 3 game and Youtube, allowing a quick way to look up tutorials and info with ease. For the Playstation 5 version, it will feature unique interactions between the game’s stress mechanic and the DualSense controller that will let players feel fully immersed with the game’s tense moments.

The game will also come featuring plenty of royal intrigue and the family trees that made the PC version of the game so popular. The Northern Lords DLC from earlier this year doesn’t seem to be part of the console’s release so far.

Crusader Kings 3 will be released on PlayStation 5 and Xbox Series X, with no exact release date as of yet.

For more news find it here in Minecraft Dungeons Comes To Steam In September and Assassin’s Creed Odyssey Gets 60fps Support On PS5 And Xbox Series X|S.