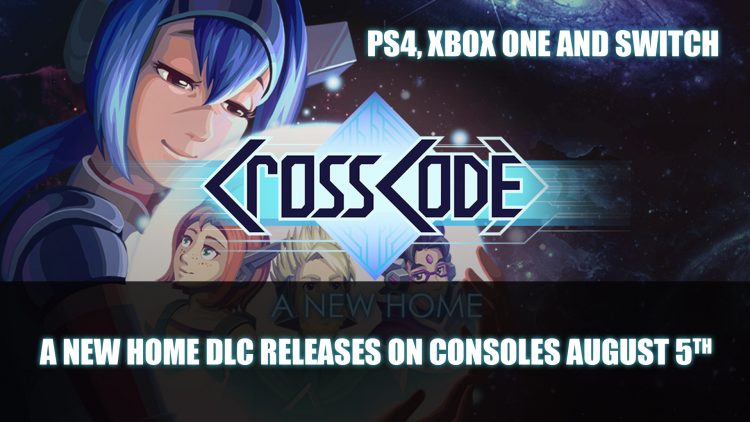 Publisher Deck13 Interactive and developer Radical Fish have announced the DLC for Action-RPG CrossCode called A New Home will launch this August for PS4, Xbox One and Switch.

CrossCode the retro-inspired Action-RPG, set in a virtual world online game, will be gaining a new DLC called A New Home on August 5th.

The DLC sets to add further story, adding eight to ten hours of new content. This also adds the “biggest dungeon in the history of CrossCode”, new music tracks and the final chapter of the Raid.

In case you missed it CrossCode combines an MMO world in a single-player RPG game. Designed with a 16-bit SNES aesthetic, with fast-paced combat and engaging puzzles to keep you on your toes. We really enjoy playing this title on PC and look forward to seeing more players enjoy this title on a new platforms. You can check out our original release review in CrossCode Review – A Fast Paced Sci-Fi Puzzle RPG.

You can check out the previously release DLC trailer below:

CrossCode is available now for PlayStation 4, Xbox One, Switch, and PC.