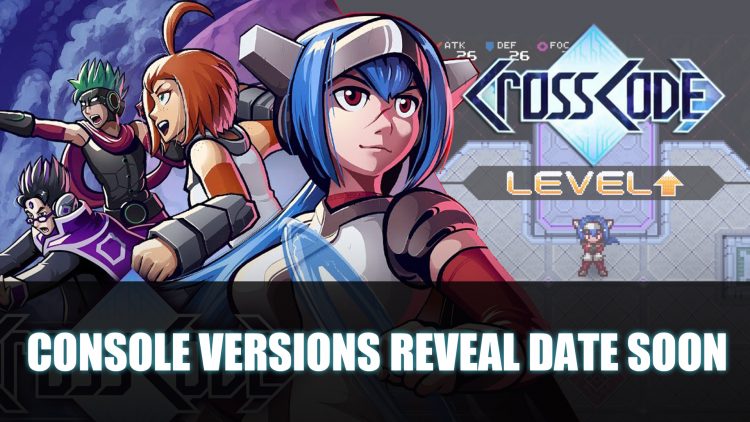 Developer RadicalFishGames and publisher Deck13 share they will be announcing the launch date for the fast-paced Action-RPG CrossCode soon.

The developer RadicalFishGames who are behind the RPG based on an MMO universe, CrossCode is finally getting a console release date which looks to be happening fairly soon. As for exactly when this announcement will be made, according to the latest blog post on the official website it could be as soon as next week.

The post also details why it has taken “so long” to bring the title to consoles, Radical explains that the entire engine for the game is written HTML 5 and JavaScript, which isn’t exactly console friendly. This means they had to translate the whole game into C++, which sounds very time consuming. But the good news is that the wait for the launch date announcement for console versions won’t be that much longer.

Last we had an update on CrossCode the developer had shared they were working on releasing the game on more platforms and also a Post Game DLC. The DLC is planned for Q2 2020, but is “still a work-in-progress” according to their previous post.

Some news from our publisher @Deck13Spotlight about that #CrossCode console release! You’ll get more precise news about it – like a release date- PRETTY SOON!
Read more about it here: https://t.co/4UAWa8WR8O pic.twitter.com/paRjRQ03S9

This is exciting news as we played CrossCode when it came on Steam, and it will make a great fit for console especially Nintendo Switch. The added benefit of playing anywhere at anytime makes a lot of sense as this game is easy to pick up and play. If you’ve ever wanted to experience an MMORPG but in a single-player RPG game I would recommend trying this one out.

CrossCode will be coming to Playstation 4, Xbox One and Switch this year, the announcement will be announced soon. It is also currently available to play on Steam, you can check out our CrossCode Review – A Fast Paced Sci-Fi Puzzle RPG.

For more news find it here in Banner Of The Maid RPG Coming To Consoles In 2020 and Kingdoms Of Amalur: Reckoning Remaster Releasing In August. For more announcements happening soon, be sure to check out The Waylanders Gets New Details About Animal Companions.