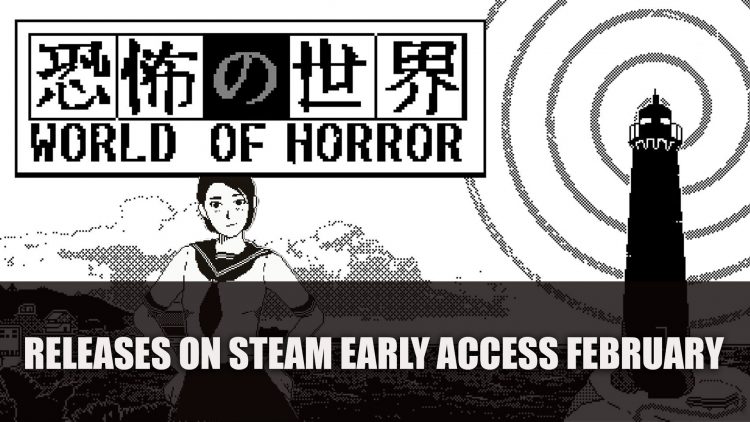 Next month is the release of retro 1-bit RPG World of Horror which is influenced by Lovecraft and manga artist Junji Ito.

Creepy RPG World of Horror Releases on Steam Next Month

This eerie RPG concentrates on building a sense of unease, launching in early access this February, World of Horror is created by developer Pawel Kozminski who describes this game’s story as a “cosmic horror”. Set in an isolated Japanese seaside town, things just don’t seem to go right.

The population’s sanity is dwindling and otherworldly, grotesque creatures terrorize those who call the place home. In WORLD OF HORROR, it’s the end of the world and the only solution is to confront the terror reigning over the apocalypse.

Players can choose from five playable characters, each with their own back story and perspectives of the world plunging into chaos. You must solve puzzles and mysteries with the use of spells that take your sanity. World of Horror is a roguelite with turn-based combat played through playing a deck of cards to depict events, set with unforgiving consequences.

This indie title is inspired by the likes of the manga artist Junji Ito and the works of H.P. Lovecraft. While you won’t run into any jump scares, it concentrates on unnerving terrors and impending doom. The 1-bit art style has a number of available palettes and is accompanied with chiptune tracks.