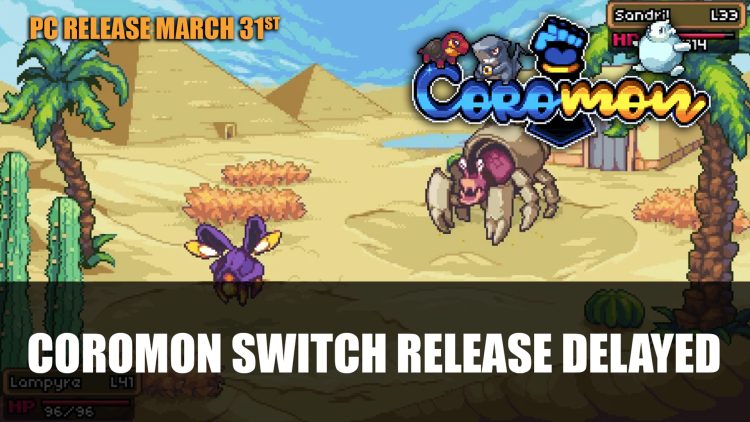 Publisher Freedom Games and developer TRAGSoft have announced the Switch version for monster tamer Coromon has now been delayed.

Coromon the upcoming monster taming game was meant to release on PC alongside the Switch version on March 31st, however developer Freedom Games has announced the Switch version has now been delayed. So far so the release date has not been announced for the Switch version, but the PC version will go ahead with its set release date. Coromon will still be released on both Steam (which will have cross-saves with Switch once released) and the Epic Games Store. You can also battle in multiplayer.

In case you missed it Coromon offers a retro-inspired turn-based RPG experience, letting players take on the role of a new Battle Researcher who on their first day working for a global research society runs into a mysterious entity that wreaks havoc at the workplace. The title follows a similar idea to Pokemon but adds a whole slew of mechanics such as Nuzlocke rules, difficulty modes, a stamina based battle system, and much more. There are over 100 Coromon to catch, train and battle.

Coromon will release on PC via Steam and Epic on March 31st. A demo is currently available on Steam with progress transferring to the full version of the game.