The Elder Scrolls Online is a quest and discovery oriented MMO set in the Elder Scrolls world. I have been playing on PC since launch (yes I have an exclusive Senche Tiger Mount to show for it) and I could not  be more excited about the upcoming console release.

The beta required signup but some extra keys may float around, so stay on the lookout! And if you need help, check out the Elder Scrolls Online Wiki here at Fextralife.

The worldwide console launch of The Elder Scrolls Online: Tamriel Unlimited on June 9th, is just a little over six weeks away, and we have a lot planned leading up to then. Kicking off the pre-launch festivities, we’re very excited to be starting the console beta tomorrow. This is a limited public beta—it will be our one beta before launch, and you must receive an invite to participate. Prepare to explore the vast expanses of Tamriel with your friends, game-subscription-free, for the first time on PS4™ and Xbox One!

Read on to learn more about the ESOTU console beta test. Those invited will also receive additional details in the invite email. If you have questions about the beta test that aren’t covered below, please leave a comment—we’ll do our best to answer!

What is the ESOTU console beta test?

This is a limited, closed public beta. You must receive an invite to participate. We are sending invites to some of those who signed up for the ESOTU console beta (not everyone who signed up will get an invite).

When is the ESOTU console beta test?

When will invites for the ESOTU console beta test be sent out?

Invites start going out today, Wednesday, April 22nd, at 10AM EDT, so check your inbox. Don’t forget to check your spam box, too (just in case!). We strongly advise that those invited start downloading the game as soon as possible.

Is there an NDA in place for the ESOTU console beta test?

Nope! There is no NDA in place for this beta test, so we encourage participants to share screenshots and livestream until your heart’s content.

Will my characters from beta carry over to the live version of ESOTU on PS4 and Xbox One?

Unfortunately, no. We will be wiping all characters from the ESOTU console beta before the official worldwide launch on June 9th. If you are eligible for the PC/Mac to PS4 and Xbox One transfer, your characters will be waiting for you on the PS4 and Xbox One megaservers at launch. Otherwise, you will be creating new characters on launch day.

Is this a cross-console beta test?

No, PlayStation®4 and Xbox One players will have their own megaservers—one for North America and one for Europe, respectively. For the beta (and at launch), you will be able to choose which one you want to play on. Characters are unique per megaserver.

How many megaservers are available during the ESOTU console beta test? Can I choose which one I want to play on?

Will we be playing the full game during the ESOTU console beta test, or only parts of it?

Everyone participating in the ESOTU console beta test will have access to the full console version of the game, not a slimmed down version.

Remember, there is no NDA for this event, so we encourage everyone on PS4 and Xbox One to stream the beta over Twitch (or UStream, using the PS4’s built-in share capabilities). We’ll be on the lookout for great streams to share! In celebration of the upcoming PS4 and Xbox One launch on June 9th, we also have a handful of shiny new screenshots to share with you. You can see all these locales and more during the beta and at launch. Which one are you most looking forward to seeing yourself? 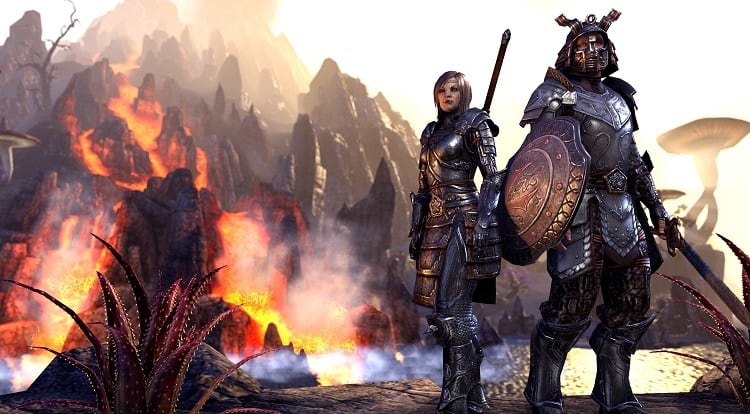 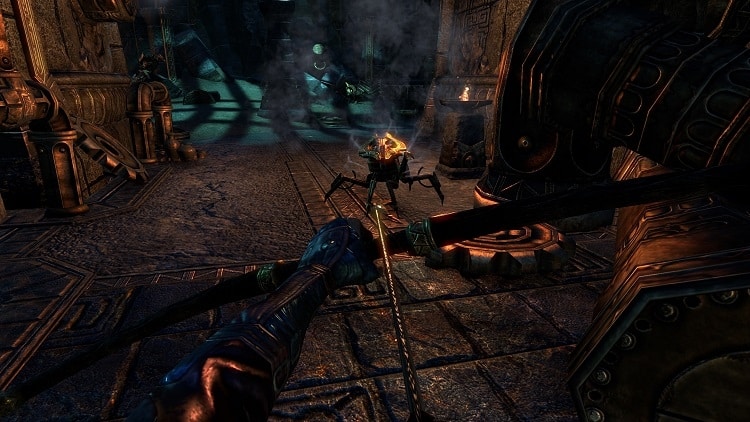 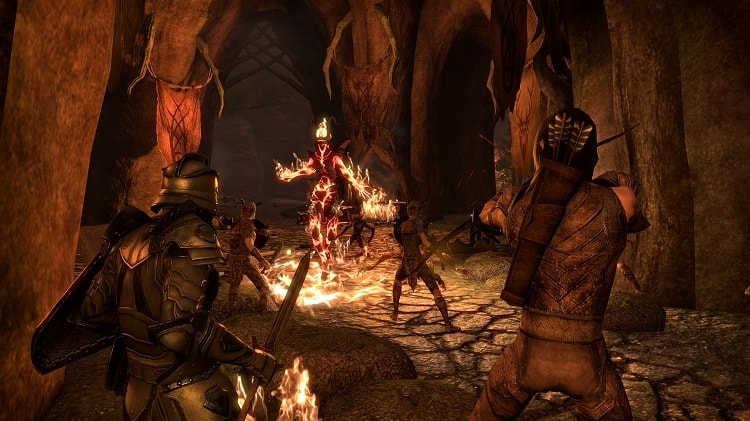 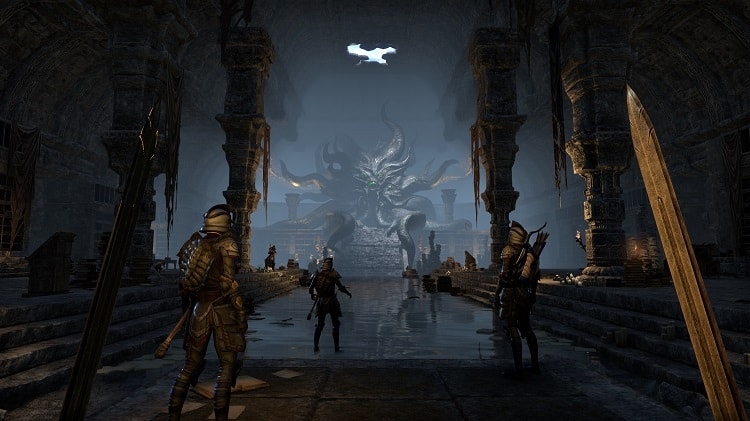 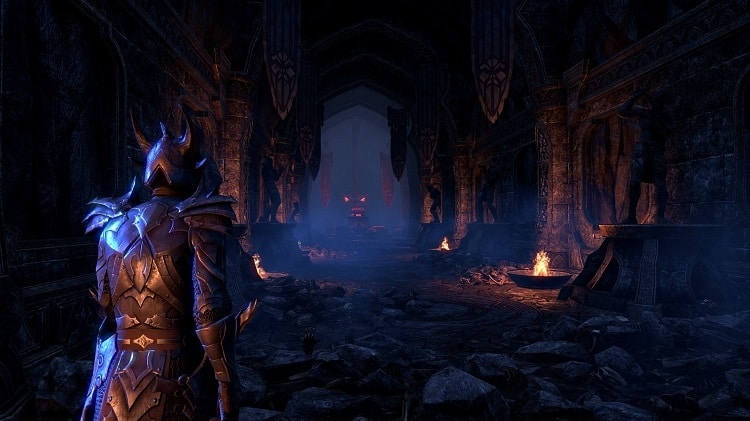 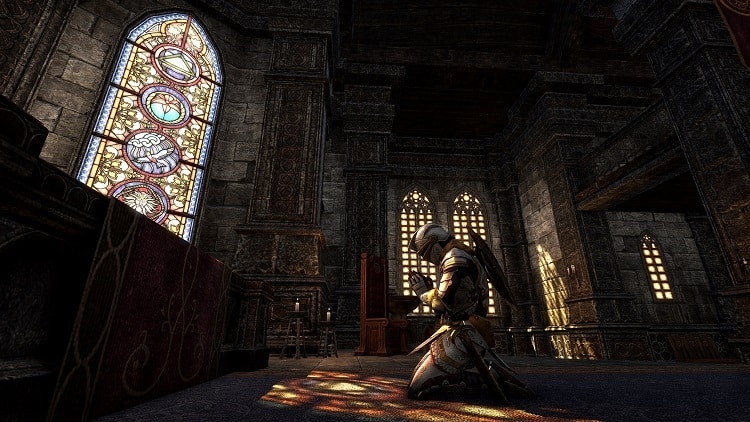 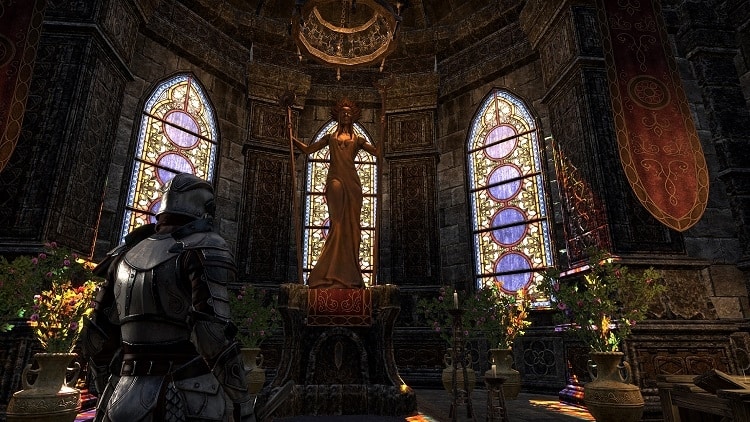 With the console beta just around the corner, we’re sure everyone is interested to know the size of the game client in order to get your hard drives ready. ESOTU is an incredibly massive game, both in terms of sheer scope and the data required to bring you this truly enormous experience. At the moment, the client will exceed a 50GB Blu-ray disc which means there will also be a large day-one patch that is somewhere in the region of 15GB.

We look forward to seeing many of you in Tamriel for the ESOTU console beta test, and in June at launch!