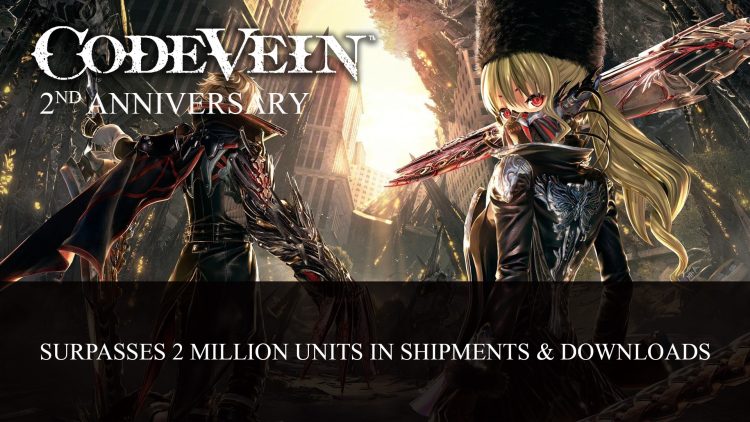 Code Vein is celebrating its two-year anniversary and has announced the Action-RPG has now surpassed two million in shipments and downloads. The news was announced via the official Code Vein Twitter account where Bandai Namco thanked fellow Revenants for helping them reach the milestone.

Just like Blood Beads to a Revenant, you continue to breathe life into #CodeVein. Thank you for joining us on this journey! 🩸✨ pic.twitter.com/0O5OX2tVQt

The dark fantasy Code Vein follows “The Great Collapse”, now the world’s inhabitants are vampires known as Revenants. Cursed with unique Gifts, these vampires certainly possess a fair few talents that can aid them in combat. Code Vein mixes souls-like action with its own unique features such as AI companions who can fight along side you. If you’re fighting your way against the Lost be sure to check out some of our guides as these will come in handy when facing the numerous enemies and challenging boss fights. You can also learn more about Blood Codes, Gifts and Blood Veils on our Code Vein wiki.

Want to know what we thought of the game? Check out our Code Vein Review: More Than A Souls-Like.

Code Vein is currently available on Playstation 4, Xbox One and PC.