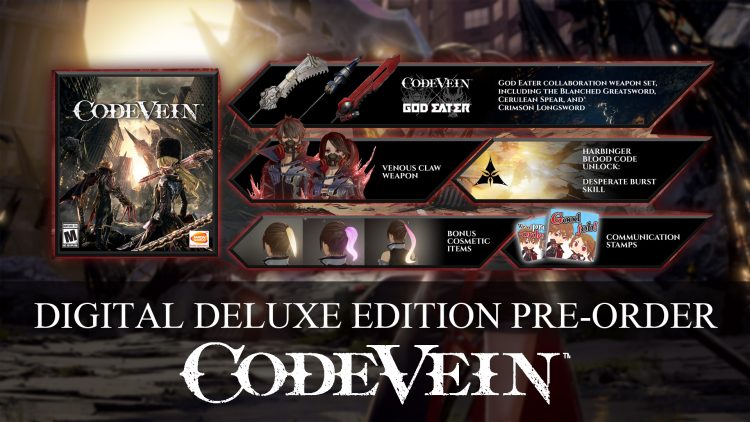 Bandai Namco released information about the Code Vein Digital Deluxe Edition this afternoon via twitter and their website.

Last year we covered the pre-order editions for Code Vein, but since it had a delay in it’s release date new detail of the digital edition have been announced which includes the Code Vein Digital Deluxe Edition and other exclusive pre-order goodies. This edition is available for Xbox One, PC via Steam and Playstation 4. There is also the Revenant Edition which comes with a Mia statue and more.

The Digital Deluxe Edition retails at $79.99 and will bring the following items:

Included in the Digital Deluxe Edition will be the Season Pass of Code Vein: 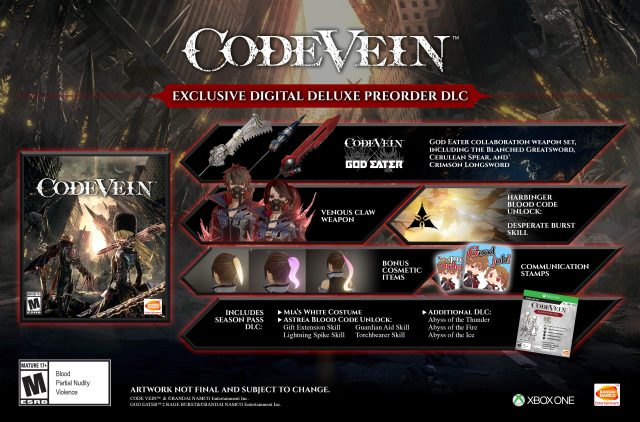 All retail pre-orders of Code Vein will come with exclusive DLC gear inspired by the developer’s God Eater series and PlayStation 4 pre-orders also include a free Theme. 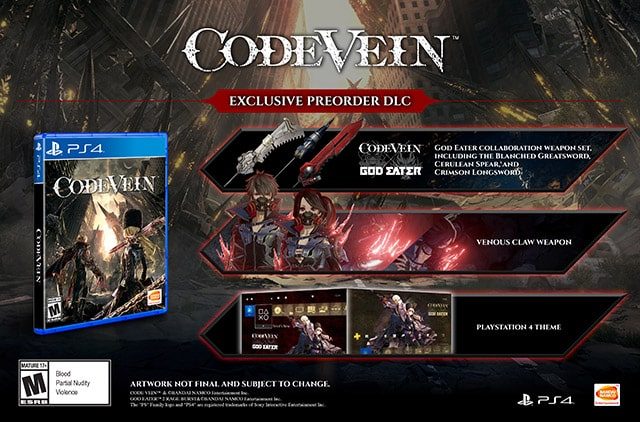 In addition to the above, those who pre-order Code Vein on the Bandai Namco Store will receive an exclusive set of pins while stocks last. The Bandai Namco store will sell the exclusive Revenant Bundle fro $99.95. 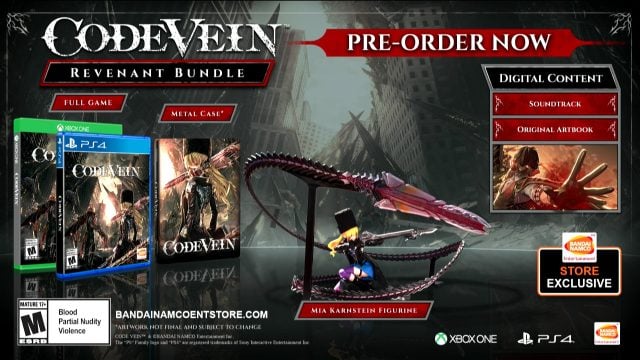 Code Vein will be release on September 27 on PS4, PC, and Xbox One.

For more Code Vein content be sure to read next Code Vein New Trailer Featuring Boss Successor Of The Ribcage and New Code Vein PS4 Gameplay Premieres Io In Action. For the latest info you can vist the Code Vein wiki. You can also learn more about Bandai Namco’s newly announced action RPG Blue Protocol.