In this Code Vein Build Guide we’ll explore just exactly how you make the Silver Spellblade Build, which is a hybrid Caster/Melee Build. How do you get the most from your Weapons, Blood Veils, your Blood Code, and your Gifts? Well that’s exactly what we’re going to cover, and how they all fit together to create the Silver Spellblade.

Silver Spellblades are a hybrid Build that uses a mix of Light Gifts and melee attacks to take it to their foes. They are quick and agile, allowing them to bounce into combat, fire off a spell, and then deftly dodge away. They excel at hit and run tactics, and can take on many enemies at once due to the AoE nature of their spells. If you want to melee and cast some spells, and have tons of burst damage, then the Silver Spellblade is the Build for you.

There are several mage type Blood Codes in Code Vein, and you won’t begin the game with them all. In this section I’ll discuss which Blood Codes to use while you are working your way to your towards Eos. First up is you’ll be taking the Ranger Blood Code.

Ranger might seem like a weird choice for a Blood Code here because it only has D+ Scaling in Mind, but it has excellent Dexterity Scaling, which is good for weapon attacks. You won’t collect the spells and buffs you need for this Build until a bit later on anyhow, and this will keep you quick on your feet.

Prometheus is not the ideal Blood Code for this Build because it only has C+ Mind Scaling, but it is a much better “all around” Blood Code than others you could use for the time being. It also has useful Gifts that you can master easily while using it, saving you time later.

Once you defeat the Insatiable Despot you will gain the Darkseeker Blood Code and this will be your primary Blood Code until you gain Eos. Darkseeker has A in Dexterity and B+ in Mind, which is excellent for what we are trying to do. At this point you should have a good chunk of the Build taking shape.

Eos is the ideal Blood Code for this Build because it features A+ Mind Scaling, and can reach all the way to S+ with the right setup. It also has decent Strength and Dexterity Scaling, meaning you will do reasonably well with a Weapon. It’s high Ichor stock will allow you to cast many spells while you weave in and out of combat.

Blood Veils play a very important role in the effectiveness of Gifts. Your Blood Code and Blood Veil work together to determine how strong your Light Gifts are, with your Weapon having no impact here. When selecting a Blood Veil be sure to look for ones that grant a higher overall Light Gift value, but also be sure they don’t weight too much or you will not have Quick Mobility.

The Blood Veil you’re looking to get around end game is called Noble Silver, and it is an extremely light Blood Veil, weighing just 22. It also happens to have an A in Mind Scaling, meaning it is ideal for this setup. This will allow you to have powerful buffs and spells, while still remaining nimble. The downside is that you will get hit extremely hard if you take a hit, so be careful and dodge often. 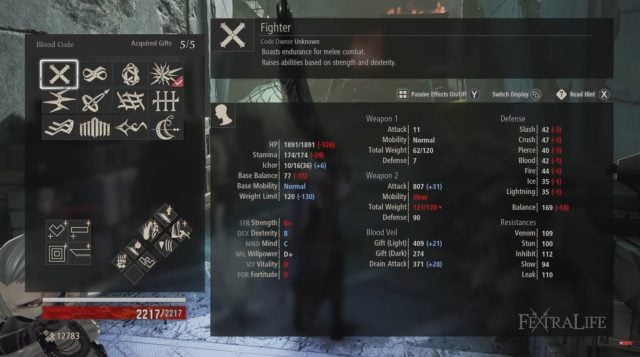 Silver Spellblades will use a One-Handed Sword of some kind. Eos has better Scaling with Strength than Dexterity, but Strength-based weapons tend to be a bit heavier, so make sure you select one that keeps in you in the Quick Mobility range. You’re going to be buffing your Weapon damage with Gifts anyway, so try not to worry too much about the Scaling of the Weapon.

At end game I like to run Iceblood because it’s extremely fast, hits hard, and scales with all four damaging Stats. When combined with Bridge to Glory you can hit for over 2k per swing at level 100, and that’s on one of the lightest weapons in the game! Make sure though that you have a back up for Ice resistant enemies. 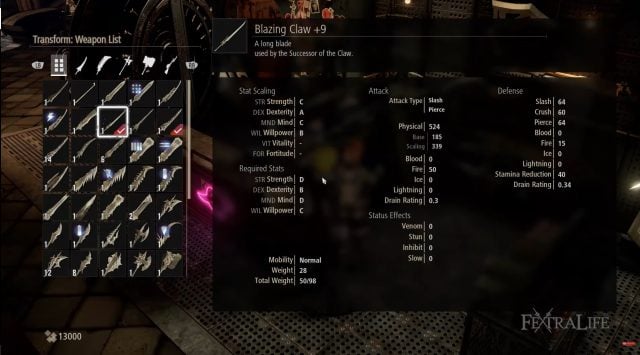 Gifts initially can only be used with the Blood Code that they are part of, but as you use them in combat you will “master” them, and then you can use them with any Blood Code. There are both passive and active Gifts, and I’ll cover which are good in both categories for a Silver Spellblade Build. You can only have 4 Passive Gifts equipped at one time, and 8 Active. Let’s begin with the recommended Passives first: 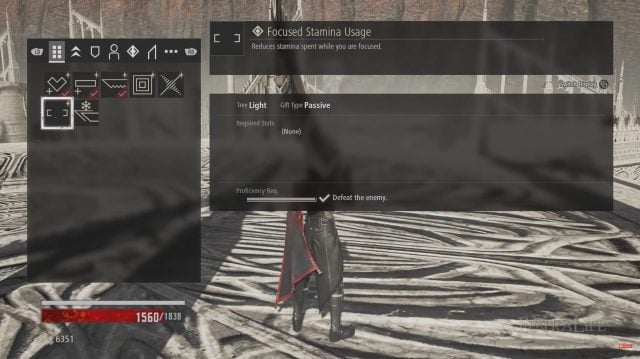 Early on in the game you’ll want to take elemental weapon buffs and use them where appropriate, matching them to the weakness of the enemies or boss you are fighting. These buffs have very bad scaling, making them much more effective at lower levels than higher ones. However, they do work in tandem with Bridge to Glory, so you can buff your damage considerably high.

Later in the game you will gain Bridge to Glory, and this is an insane buff that will nearly double your damage with every melee attack, and it lasts a very long time. It works well with any weapon, even those that have elements, so this will be your go to once you get it.

Blood Sacrifice is a nice addition to this Build and will allow you to sacrifice HP for Ichor if you need it. It’s by no means a must here because you’ll be in melee range, but it can come in very handy when meleeing is not as easy. I recommend using it, but it’s entirely up to you.

Lightning Barrage and Ice Barrage are the spells of choice and they can hit like a truck with this setup. You can often one shot most enemies with one volley, and they only cost 4 Ichor, which is two less than any of the “Roar” spells, and it has nearly instant cast time. These spells fan out, so you need to be point blank for maximum impact, but they can also be used to AoE because of this making them extremely flexible. They are just all around awesome spells that kick some serious ass.

You can use any other Active Gifts you wish, but these are the ones that really define the Build. 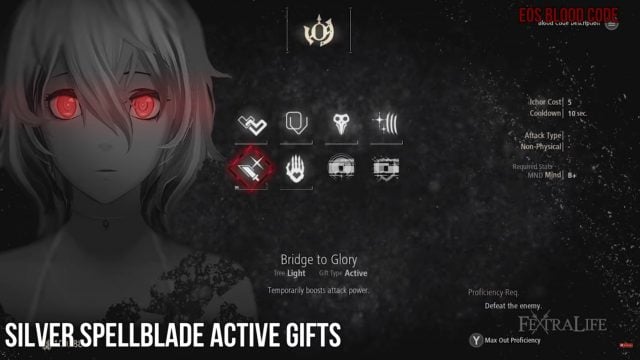 This Build’s achilles heel is that it has little in the way of Defense. While it’s best to not get hit, shit happens and this isn’t always possible. Consider adding some spells that buff Defense so that you don’t getting shredded by a random attack. Elemental Wall is an excellent choice, but there are others as well.

If you decide to use a Strength-base Weapon for this Build, try to keep the weight down so that you can still have Quick Mobility. You can Transform the Weapon into an Alleviating version to lower the weight at the cost of slightly lower damage. You’ll have to decide which is more important to you.

I get asked a lot, why melee and spells from point blank? Wouldn’t it be better to just use pure melee or spells? The answer to that is simple. It comes down to Stamina management and Focus. You don’t consume Stamina or Focus when casting spells, making them ideal for when you need to save Stamina, because you spend a lot dodging. This will allow you to conserve Stamina for defense, only attacking when you need to regain more Ichor.

Lastly, you can get absolutely devastating burst damage by alternating Lightning Barrage and Ice Barrage on a Boss. You can do over 10,000 damage in a matter of seconds, absolutely shitting all over them. Make sure you have both spells slotted and spam them when a boss goes down. 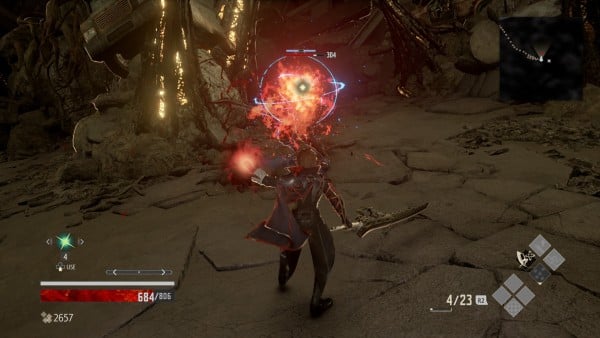