In this Code Vein Build Guide we’ll explore just exactly how you make the Red Shockwave Build, which is a Hammer DPS Build that focuses on pounding things to a pulp. How do you get the most from your Weapons, Blood Veils, your Blood Code, and your Gifts? Well that’s exactly what we’re going to cover, and how they all fit together to create the Red Shockwave Build.

The Red Shockwave Build takes advantage of two unique Gifts in Red Shoes and Impact Wave. These two Gifts together, when combined with the right instrument, a Hammer, equal devastating results. You can continuously pound your enemies to a pulp without ever letting up, and the shockwave you send out will stagger just about anything around you, helping to protect you from damage. If you’re looking for a solid Hammer-based Build, this is it.

There are several Hammer type Blood Codes in Code Vein, and you won’t begin the game with them all. In this section I’ll discuss which Blood Codes to use while you are working your way to your final destination: Fionn. First up is the most obvious one: Fighter.

Fighter gives you decent Strength scaling and a decent amount of Ichor to use buffs and attacks. Of the three starting Blood Codes, this is the best choice here, but you’ll want to replace it with Atlas as soon as you can.

Atlas will give you a substantial upgrade in just about every way, except for max Ichor. It also contains Impact Wave, which you will need to complete this Build. Start using it once you gain Atlas, and find a Hammer that best uses it.

The reason we use Fionn for this Build is because of its Gift: Red Shoes. You can only use this Gift with this Blood Code, and it allows you to keep swinging after you run out of Stamina, for a very tiny amount of Health. Since heavy Weapons tend to use much more Stamina per swing, you get the best bang for your buck using something like a Hammer or a Two-Handed Sword. However, there is a very good reason we use a Hammer, which I will explain in a minute.

At end game I like to use the Noble Silver Blood Veil. It’s the second lightest in the game, allowing you to be in the Normal Mobility range. This will help to add damage to your buffs, and that is what we’re interested in. You can use a more defensive Blood Veil if you like, but it shouldn’t be necessary for the most part. The idea is to strike first, stagger the enemy and then keep staggering them until they are dead. 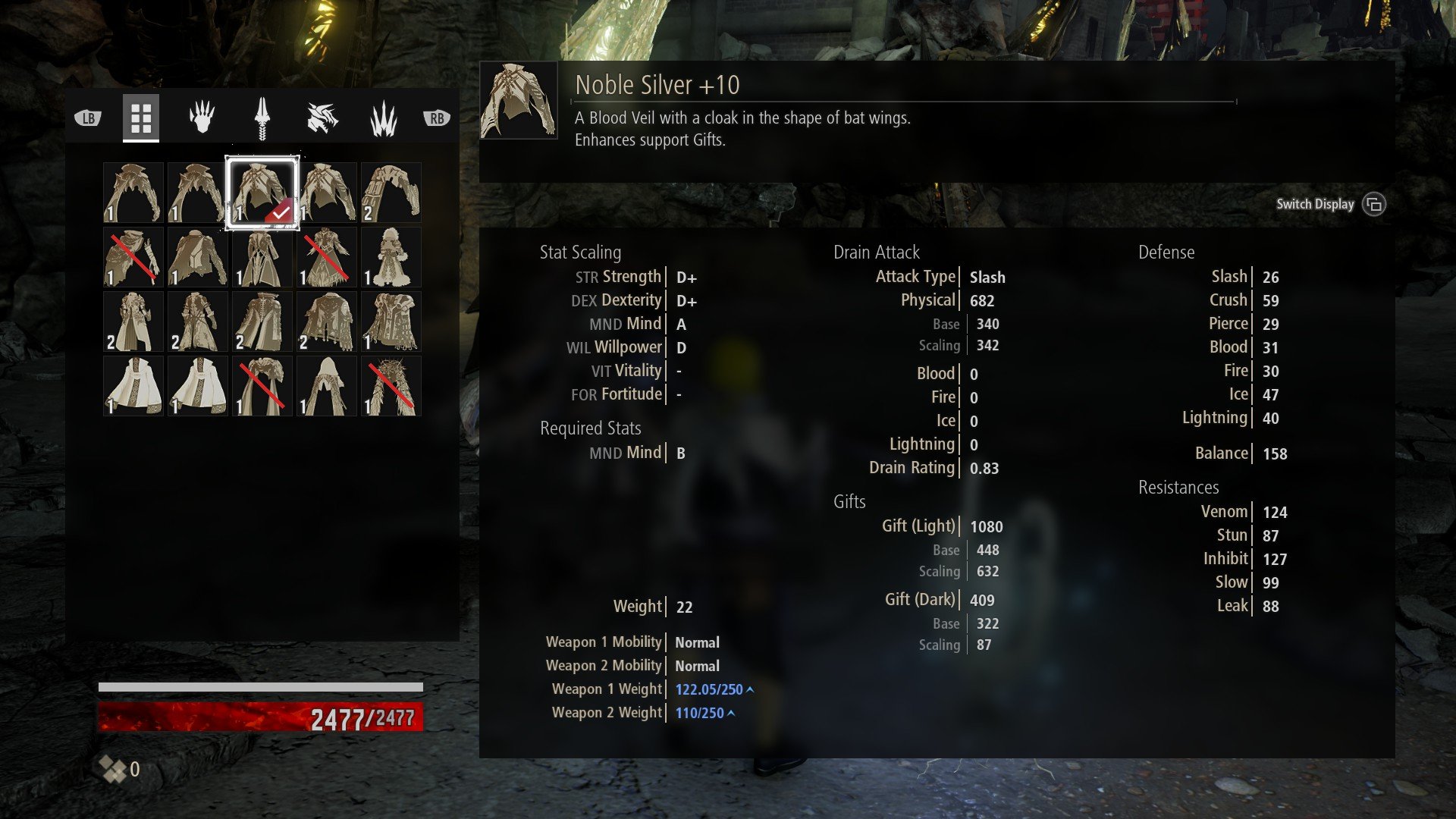 For the Red Shockwave Build weapon selection is extremely important. This is because Impact Wave does not trigger unless you do an overhead attack, and not all Weapons do this. Some of the them will do one, and then something else, but what we need is a Weapon that does continuous overhead smashes, and that’s where a couple of Hammers come into play.

Later in the game you’ll want to switch to Huge Hammer. No I’m not joking, that’s actually what it’s called! This will allow you to do overhead smashes continuously with just light attack ad naseaum. It’s the only Hammer I’ve found that can do this, so you’ll want to be on the look out for it. You need that overhead attack to trigger Impact Wave, and this Weapon does it the best. 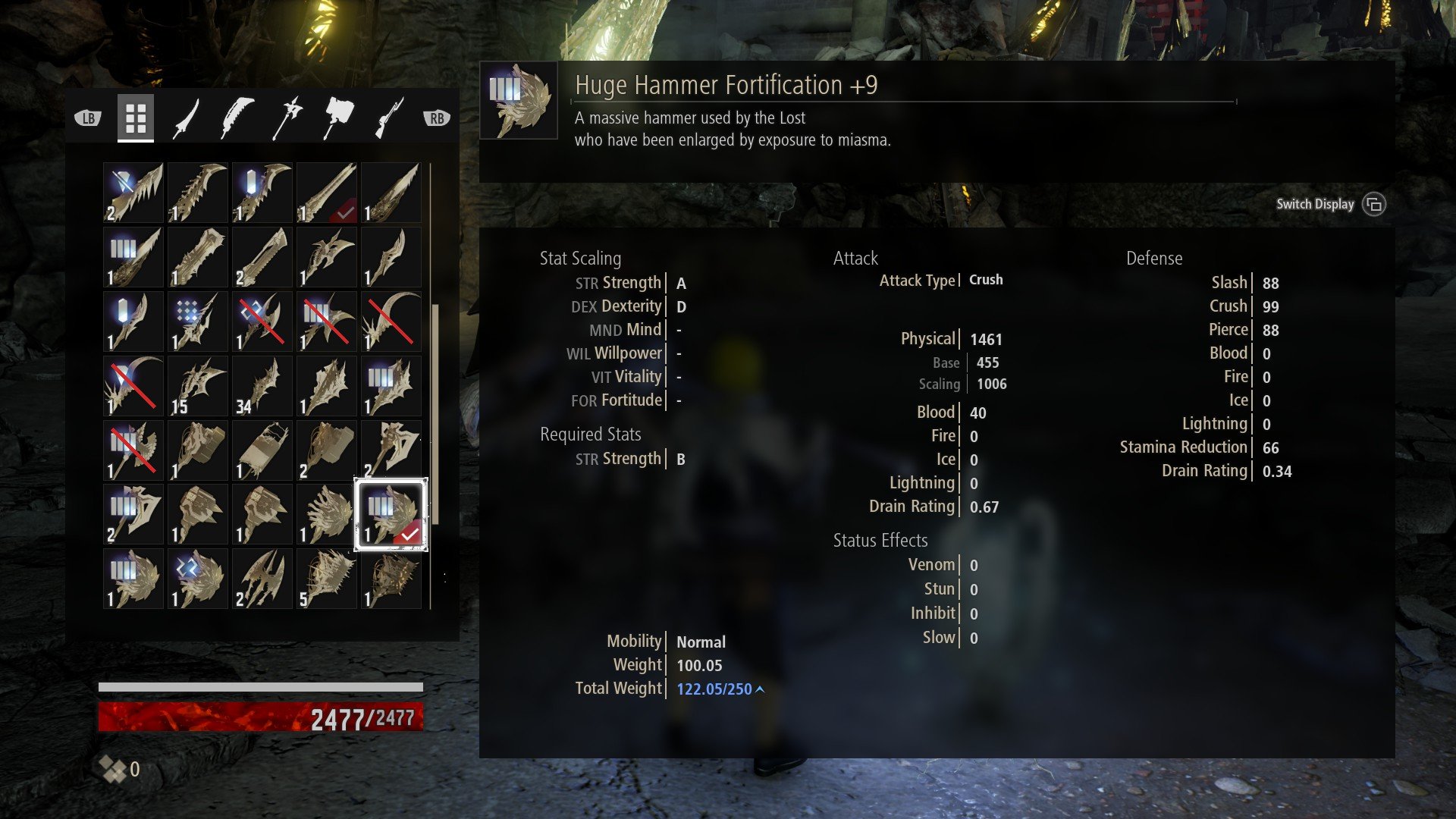 Gifts play a vital part of any Build, but even more so in a build that relies heavily upon them, like this one. There are a number of excellent Light Gifts, many of which are defensive, however for this Build, we’ll focus primarily on the offensive ones. We will also be using two Skills I have not put in any other Build.

Gifts initially can only be used with the Blood Code that they are part of, but as you use them in combat you will “master” them, and then you can use them with any Blood Code. There are both passive and active Gifts, and I’ll cover which are good in both categories for a Red Shockwave Build. You can only have 4 Passive Gifts equipped at one time, and 8 Active. Let’s begin with the recommended Passives first: 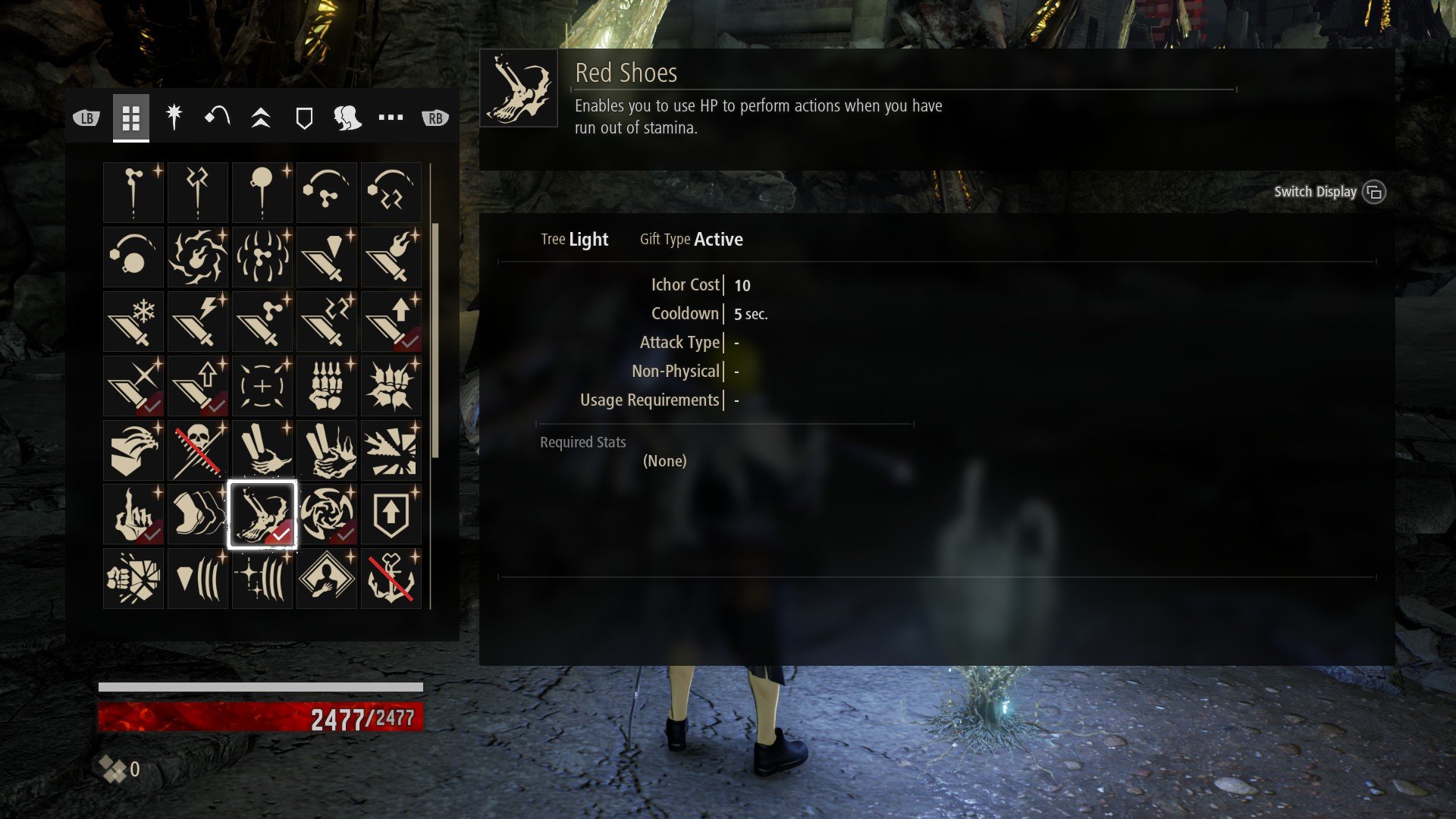 This Build works very well against harder to kill enemies once you get in the first hit. You can keep staggering them indefinitely if you play your cards right, and it can turn extremely difficult fights into much easier ones. Get that first stagger and you’re usually golden, just wait for the right moment so you don’t get hit.

Impact Wave it key to making this build function. It adds additional Stagger build up and you cannot make this work without it effectively. If you don’t believe me, go try it yourself and see. It’s night and day difference, so you always want to keep this up when you are going to Stagger lock something down. Luckily you don’t need to do this to every enemy, so just use it when necessary. 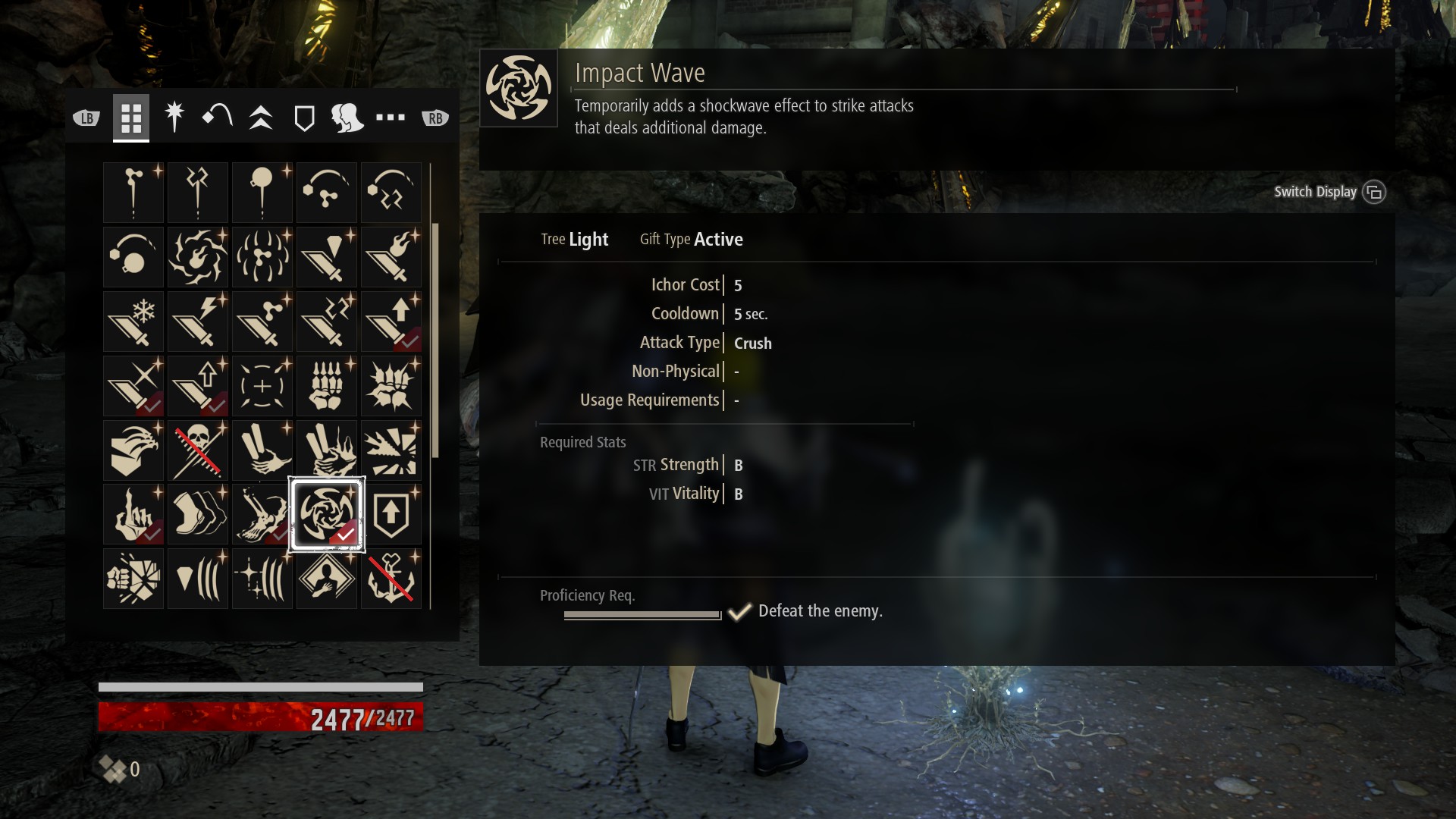 No other Skill gives you quite the same amount of freedom to keeps swinging away like Red Shoes. You can use other means for Stamina recovery, like Morale Boost, but you’d have to stop attacking to use it. That pretty much messes up the entire concept, since you want to keep the target off balance the whole time. Fionn is excellent at sustained DPS for this reason.

Lastly, I have not tested every weapon attack that Impact Wave works with, so you may be able to find others. Huge Hammer worked well for me, so I stuck with it, but don’t be afraid to look for others if you’d rather use something else. Just make sure it triggers the shockwave and you’re set.