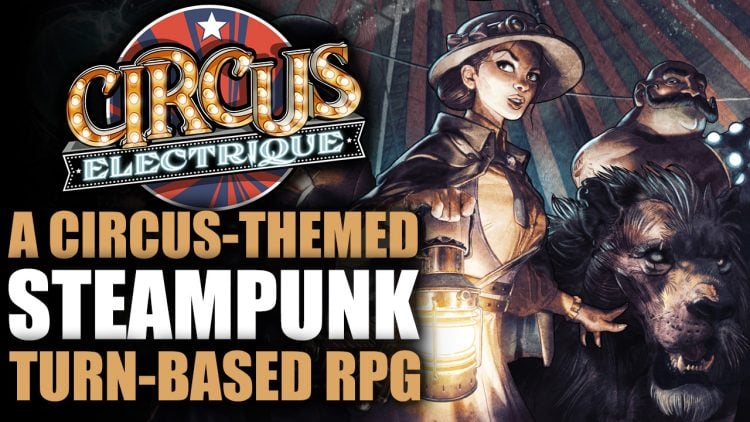 Circus Electrique is trying something different. It is a new, upcoming story RPG that takes on the Darkest Dungeon format, but decorates it in a colorful, circus attire.

Darkest Dungeon is one of the most successful sidescrolling dungeon delvers with players constantly managing stress and insanity. It’s so successful that its developer, Red Hook Studios, is working on a sequel Darkest Dungeon 2 that is currently in Early Access. It is thus a wonder why so few have attempted (and succeeded) in recreating the title’s charm. That is, until now.

Introducing Circus Electrique, a wonderful, magical circus located in Victorian London. The circus is bright and colorful, a stark contrast to Darkest Dungeon’s dreary marshes and decrepit tombs. Instead of Wayne Jude’s excellent performance as the Ancestor/Narrator, we get a showman barking out highlights. Though who can forget Jude’s excellent bellowing of “A SINGULAR STRIKE” whenever you critically hit a Lovecraftian horror.

Welcome to the Circus!

Set in what looks to be the late 1800s to early 1900s is a Steampunk version of London, complete with visuals that are so inspired by Bioshock Infinite’s or We Happy Few’s looks. Without warning, the entire population of London has suddenly been transformed into bloodthirsty, possessed killers. The Circus Electrique and its members seem to be the only ones to have remained unaffected. It is thus up to them to save the day and make a bit of coin on the side. The show must go on, of course. 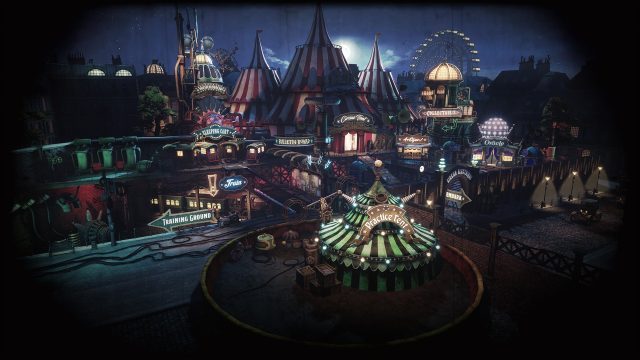 Circus Electrique is so colorful and stylish and creates its own sense of charm. Developers Zen Studios have painstakingly taken a lot of effort and time in recreating what it felt like to be a patron of the circus. The gameplay overview trailer was shot in old-style picture shows, that are somewhat flickering. Big top tents striped with beautiful whites and reds dominate the circus, along with a few gypsy caravans where the cast would travel and sleep.

The entire cast of characters is equally thematic. Let’s talk about them next.

The Cast of the Circus Electrique

Our circus of course is filled with talented performers looking to prove themselves, save the world, and make a bit of cash. We will have access to about 15 archetypes in total, each with their traditional RPG class counterparts. 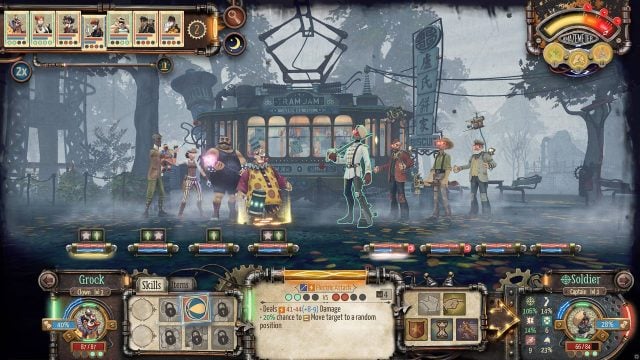 Strongmen will be the frontline characters, similar to the Man-at-Arms in Darkest Dungeon. With their mighty barbell, muscular physique, and colorful leotards, the Strongmen are not afraid to protect their smaller allies.

Clowns will be able to keep the party happy with the power of laughter. Their comedy antics are so good in fact, that their jokes are known to heal any physical and mental wounds. Laughter is indeed the best medicine, as they say. 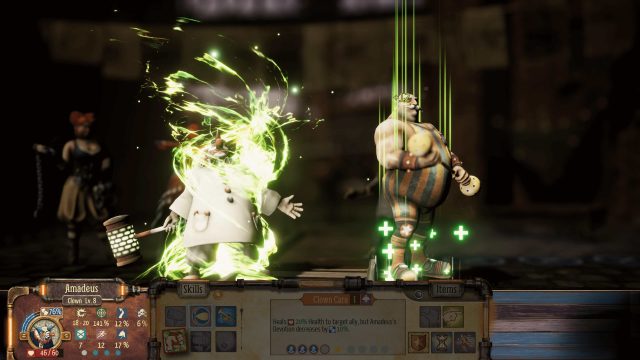 Aside from these, you will be able to recruit and train Fire Blowers, Escape Artists, Balancers (those guys on tightropes), mechanical bears, and more!

Of course, these are still people, and they need to be kept strong and happy if they’re going to save the world from the madness of Steampunk London. Our circus staff will have Devotion that will keep them in peak fighting shape. The higher the Devotion, the better they fight and the better their side performances will be.

Yes, that’s right, side performances. The show must go on, and even when they aren’t out fighting the Bobbies (British Police), rowdy sailors, or aggressive posh ladies, these circus folk will need to put on a grand show. 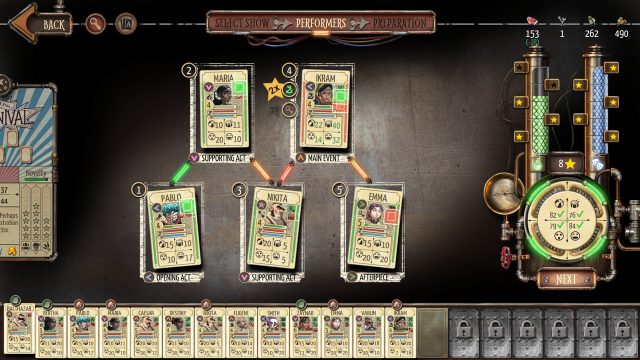 Plan Out the Best Shows

During their downtime, it will be up to the player to create a great nightly performance, comprised of a great opening, supporting acts, and main events. Depending on the cast’s Devotion, as well as their friendship with one another, will determine how successful your daily shows are. You’ll need this money to pay wages and upgrade the circus.

The City of Steampunk London looks like it will be a great place to romp and stomp. London will be divided into six distinct districts, full of baddies and more. Much like Darkest Dungeon, it will be up to the player which one to explore first, and in what direction. Helpful, colorful icons will help guide the player whether their next stop will lead to treasure, rest, a fight, or a point of interest. 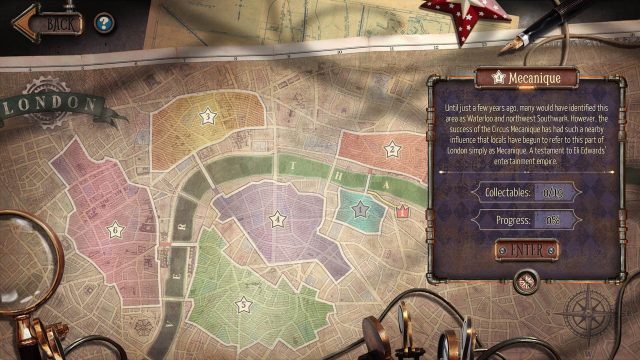 Battle Conditions will also be constantly shifting, as the time of day and weather look like they will have some sort of impact on exploration and combat. There will be useful overall looks at each district and the circus’ overall progress will be kept track of.

Circus Electrique looks to be quite a unique experience through a Steampunk version of London. The circus theme is also quite unique, as not too many games have you hire and play as talented circus performers. 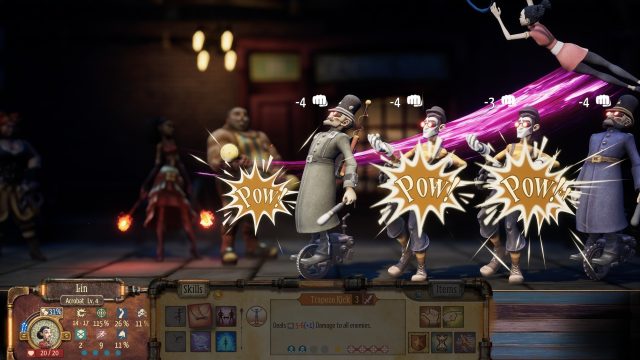 When in Doubt, Jump on their Heads

The game is planned to release sometime in 2022 according to the main webpage, though an exact date and price have not been revealed. It has been confirmed that it will come out on all consoles; both current-gen and last-gen, as well as PC via Steam and Epic Games.