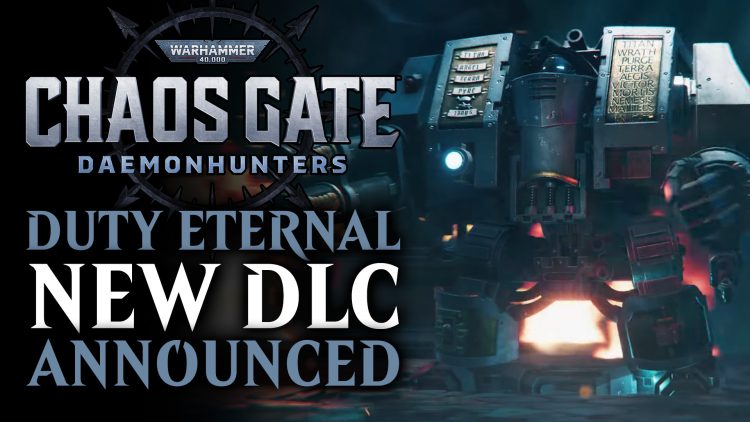 Praise the Emperor! The Grey Knights, some of the most elite soldiers of the Adeptus Astartes, are getting some backup this coming December 6, 2022. Announced last November 22 was the Duty Eternal DLC for the game.

The DLC will add a couple of new classes, new mission types, and a deployable frigate that will automatically perform missions for you. Let’s look at what else this adds to the main game.

Only in Death Does Duty End

The Venerable Dreadnought class is the biggest (physically) addition to Warhammer 40,000: Chaos Gate – Daemonhunters. Dreadnoughts are heavily armored walkers that serve as both mobile tanks and tombs for the pilots. These hulking monstrosities of metal are controlled by the minds and bodies of some of the fiercest of the Adeptus Astartes. 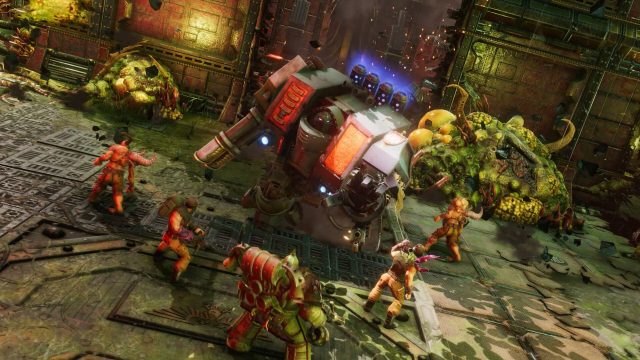 Dreadnoughts aren’t “piloted” in the traditional sense like a normal mech suit. Instead, broken bodies of Space Marines that have fallen in battle but survived are entombed into the armor. They are given life support systems that allow them to still continue their eternal servitude to the Immortal God-Emperor of Mankind. 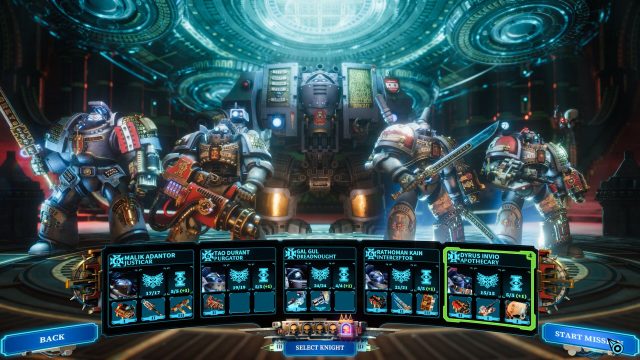 Take 5 Battle-Brothers With You into Battle in Chaos Gate

In Chaos Gate, the Dreadnoughts will be able to provide heavy fire support to their infantry counterparts. As such, they will have access to massive ranged and melee weaponry. The Nemesis Doom Fist will provide their much-needed melee strikes and can crush corruption with ease. To purge the various Nurgle growth, they will have heavy flamers. They also have access to twin-linked lascannons to take out heavy armor.

Just in time for the arrival of the Venerable Dreadnought is the second newest class, the Techmarine. These Adeptus Astartes are soldiers that are well-versed in the dealings of their respective chapters as well as the Cult of the Machine. They understand technology better than most of their battle-brothers due to having spent years learning under the Adeptus Mechanicus of Mars. 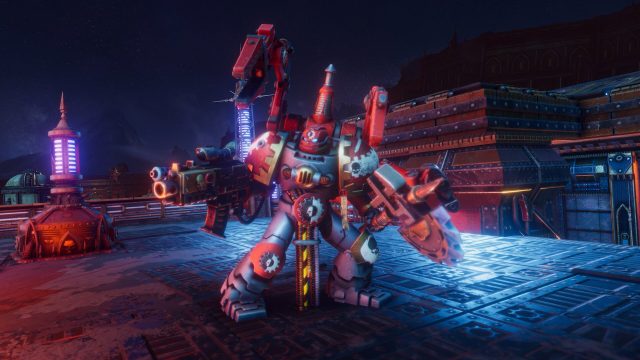 The Techmarine in Chaos Gate – Daemonhunters will be the best field technicians available, perhaps even able to perform combat repairs on the immortal Dreadnoughts. While they do focus more on the mechanical side, they will be able to bring forth support options for the rest of your squad. 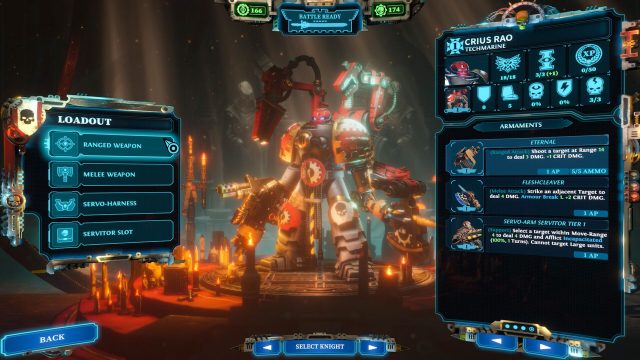 Techmarines will bring an array of Combat Servitors to the table, each with a different tactical function. The only named Servitors in the preview so far are the Breachers and the Bombards. Breachers are unwilling souls of violent criminals spliced into tank-like bodies. They can destroy heavily armored targets with ease. On the other hand are the Bombards, who can pelt wide areas with their explosives.

Other additions in the Chaos Gate Duty Eternal DLC aren’t too major. One is a new type of mission wherein a newly discovered Technophage Outbreak has started taking root. It will be up to the Grey Knights to assist the Adeptus Mechanicus in purging this infestation before it becomes too uncontrollable. 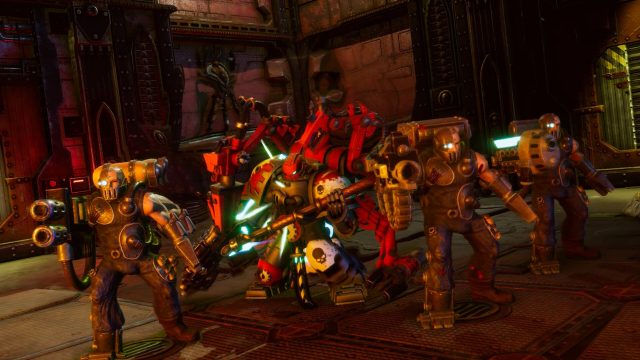 A Techmarine and His Servitors

Early on in the campaign, players will also have a mission to liberate a support vessel called the Gladius Frigate. This ship can be assigned missions onboard the Baleful Edict into locations that would otherwise clash with your own objectives. 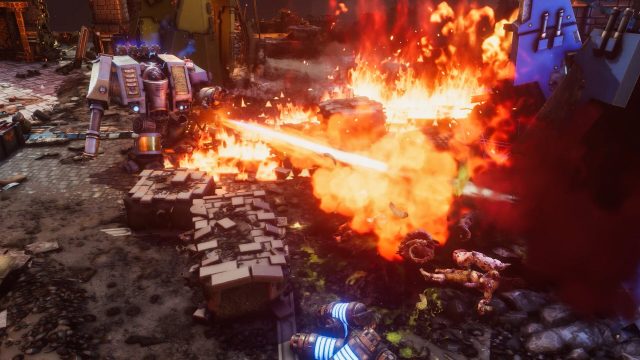 The Gladius Frigate and its crew will automatically perform the assigned tasks for you, having its outcome decided off-screen. Currently, it isn’t known what factors will contribute to the success of the souls onboard. Perhaps we can even assign some of our veteran warriors to board the craft and aid in mission success?

That’s not all, as the forces of Chaos are also receiving some new friends to boss around. Coming in a free update alongside the release of the Duty Eternal DLC are a few new enemy types that can’t wait to sink their claws into you and your squad. 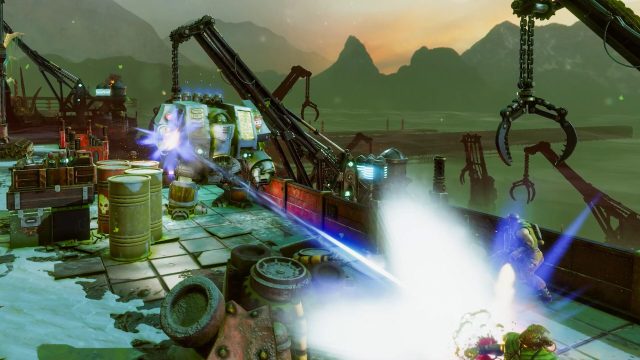 Plague Marines will now be potentially equipped with anti-armor weaponry, posing an even greater threat to your Grey Knights’ shiny suits. They will now be able to carry massive Meltaguns that burn with the intensity of a thousand suns or even lob explosive Krak Grenades to shatter your ceramic armor. 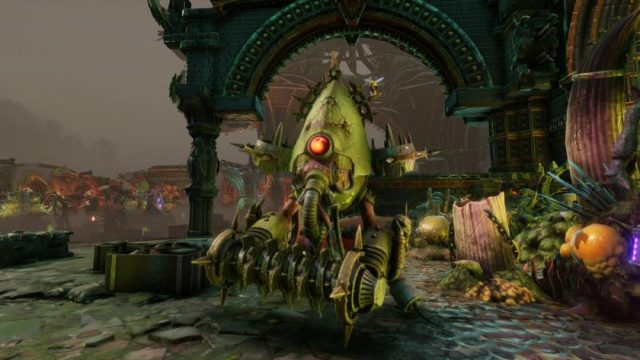 Foetid Bloat-Drones can also now come equipped with Fleshmower weapons that drive attacks into the ground, only to sprout beneath the feet of your warriors.

Noxious Blightbringers are a new type of foe entirely and bring to the table horrifying plague clouds to the battlefield. These are so deadly that they can completely negate the Grey Knights’ defensive abilities and passives. Debating whether to play? Check out our Warhammer 40000: Chaos Gate – Daemonhunters Overview.

To Sit Upon the Golden Throne

It is currently a Golden Age for Warhammer 40,000 fans. We have the excellent horde-based shooter, Darktide, to look forward to in a couple of days. Way over the horizon is Rogue Trader, the first-ever CRPG set in the 40k Universe. And now we have the Duty Eternal DLC. Chaos Gate – Daemonhunters was even nominated in the Golden Joystick awards for “Best PC Game”, though the award went to “Return to Monkey Island”.