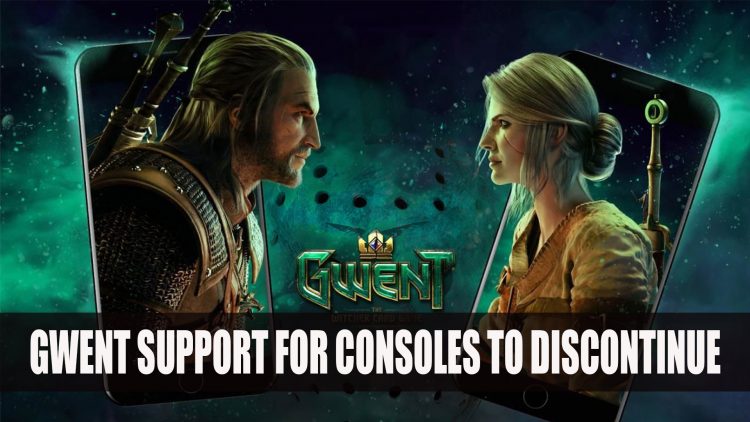 CD Projekt has announced they will be discontinuing support for the free-to-play Witcher themed card game Gwent on Playstation 4 and Xbox One.

The Witcher card game Gwent will stop support for consoles on December 9th 2019. The official statement from CD Projekt on the Gwent website shared that after the release of the iOS version and later Android, they have come to the conclusion they cannot continue to “support a growing number of different versions of Gwent while improving feature parity between them”.

It was a “tough” decision for the developer to make, and as of December 9th, Xbox One and PS4 will no longer receive future updates or further expansions, plus real-money purchases will also be discontinued. Also matchmaking on console version with other platforms will not continue after new week.

Those who wish to transfer their progress to PC and mobile versions will have the option to if they wish to do so. This will require a Gwent account that doesn’t have a GOG account already linked. The option to transfer will be made available on December 9th 2019 until June 9th 2020.

Gwent first launched on Xbox One, PS4 and PC in 2017. This as was followed by an overhaul which came out in September along side a standalone Gwent single-player game called Thronebreaker.