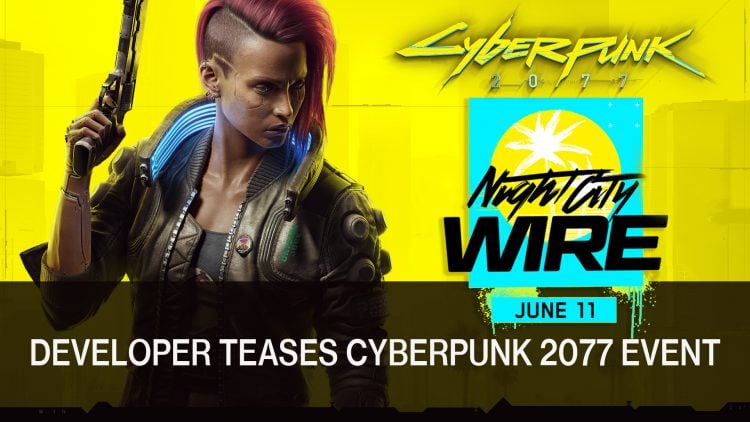 Developer behind upcoming sci-fi RPG Cyberpunk 2077 are teasing an event that will be happening this June.

CD Projekt Red have been teasing that an event called “Night City Wire” will be happening on June 11th for Cyberpunk 2077. So far details are rather vague, having no information at the moment of what Night City Wire is, but what we do know is according to CD Projekt global community lead Marcin Momot “Stuff will be shown!”. It could mean we are getting a closer look at the Night City, one of the locations in Cyberpunk 2077, but hopefully it means some gameplay or other exciting news.

June was suppose to be when E3 2020 took place but since it was cancelled many new digital events are now taking place. This includes the 4 month stretch of gaming announcements for Summer Game Fest, taking place from May to August. Also this week is the Inside Xbox event which will be unveiling the games that will be coming with Xbox Series X, which could be sharing some new gameplay then.

Despite the change to usual events next month, June is shaping up to be one exciting month. Are you hyped to see more Cyberpunk 2077? What are you hoping to see next? Let us know in the comments below.

For more news be sure to read next Rumour: Elden Ring At Xbox Series X Games Reveal Event and Assassin’s Creed Valhalla Will Feature Stonehenge And The Four Kingdoms Of England.