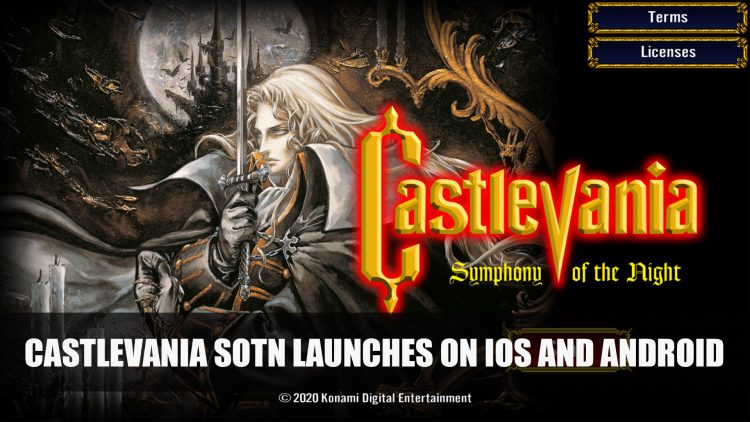 Konami has announced that Castlevania: Symphony of the Night will be coming to iOS and Android on March 5th.

Castlevania: Symphony of the Night  Launches on iOS and Android

This mobile port seems to be the updated version of the game that was released for PS4 back in October of last year. The game comes with controller support, achievements and supports six languages. Symphony of the Night is a sequel to the acclaimed Rondo of Blood, staying true to it’s predecessor’s formula but with the addition of RPG elements and continuing to excel in level design.

Surprise! With Castlevania Season 3 dropping on @netflix we felt the world needed more #Castlevania & Alucard! #Castlevania Symphony of the Night is now available on mobile!

The release of the mobile port comes at a great time as the return of the Castlevania to Netflix with it’s third season unfolding. So if you want to experience the original Castlevania games, now you can on more portable devices.

Castlevania: Symphony of the Night is now available on Android and iOS. You can also play is Playstation throught the Castlevania Requim collection which bundles together the first entry Rondo of Blood.

For more news be sure to check out next Bloodstained: Ritual Of The Night Won’t Get ‘Roguelike’ Mode and Curse Of The Dead Gods Launches On PC Early Access Plus Announced For PS4 And Xbox One.