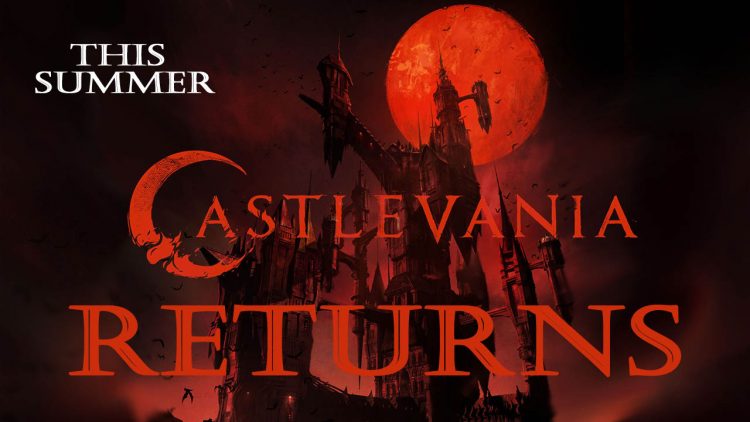 Last year viewers were treated to a Netflix only Castlevania series in an animated anime-like vein. However, this series was extremely short featuring just 4 episodes, leaving fans wanting more to say the least. A couple days ago a tweet from Warren Ellis, the writer behind Netflix’s Castlevania series, stated that the Series will be returning this summer with 8 more episodes! 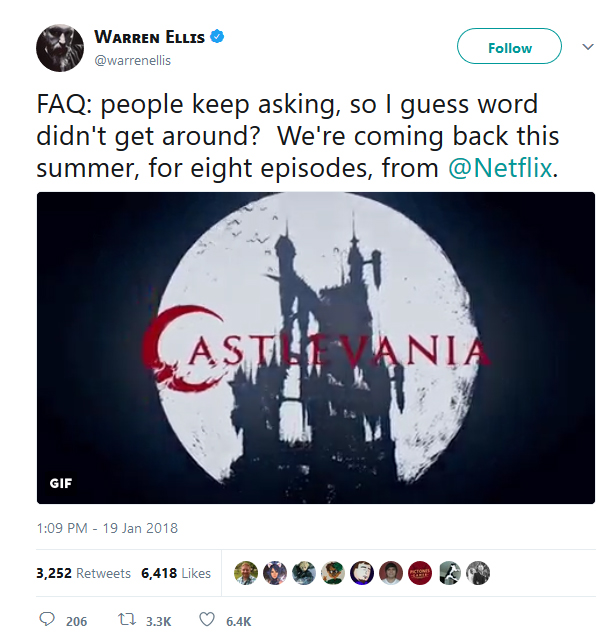 This is great news for those Castlevania fans out there and you can read our thoughts on the series in our article here for those who haven’t seen this dark animation, with subtle humor.

One comment on “Castlevania Netflix Series Season 2 Coming This Summer”