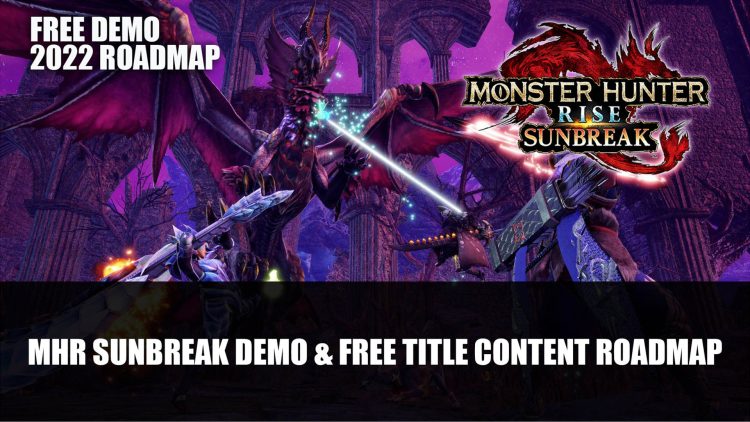 During Capcom’s showcase the publisher revealed Monster Hunter Rise Sunbreak is getting a demo that arrived on June 14th. A new roadmap also revealed shows Sunbreak content for 2022 and beyond.

Hunters who are interested in trying out a taste of the new expansion Monster Hunter Rise Sunbreak, can preview the game early with the demo that releases on June 14th. Capcom revealed during their showcase that players can get an early look at the upcoming expansion which drops for PC and Switch at the end of this month. 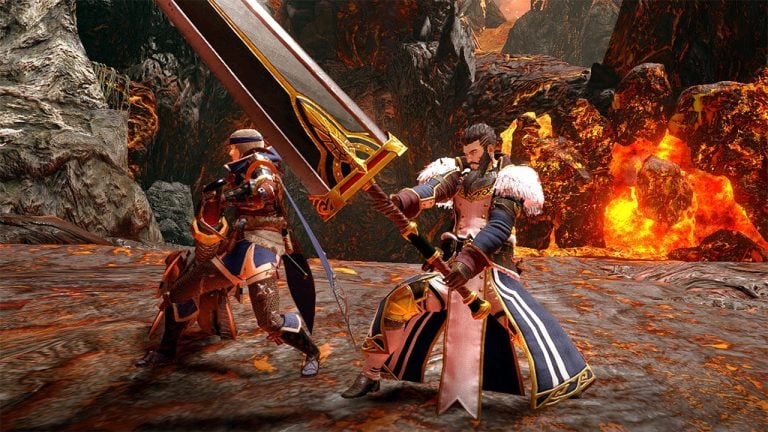 Fight alongside your favourite Rise characters and new ones in Follower Quests.

The new expansion brings a host of new monsters, Silkbind attacks and switch skills for all weapons. Other new features also include follower quests with your favourite Rise characters plus new ones. We also get to experience a new hub and plenty of new challenges.

As for what we can experience in the demo, it looks like we’ll get to preview the new Jungle biome, face Astalos, Tetranadon and slay a Great Izuchi. There’s also access to training quests such as Wyvern Riding, learning the basics and Switch Skill Swap. These tutorials seem a little similar to the original demo for Rise, however we should hopefully be getting a hands-on with the new switch skills and Silkbind Attacks. You can also take on Malzeno which sets to be quite the challenge. You can try the demo either solo or group up with other players or friends.

Hunters can access the demo both on Steam and Switch on June 14th at 7 PM PDT/June 15th 3 AM BST.

Capcom also shared the content roadmap for Sunbreak which includes seasonal updates that go into 2023. These updates outline are free title updates which include further rare species monsters, Lucent Nargacuga, special species monsters, powered-up monsters, a new locale Foriorn Arena and more monsters. More information will be shared “soon” according to Capcom, which should reveal the types of monsters coming. 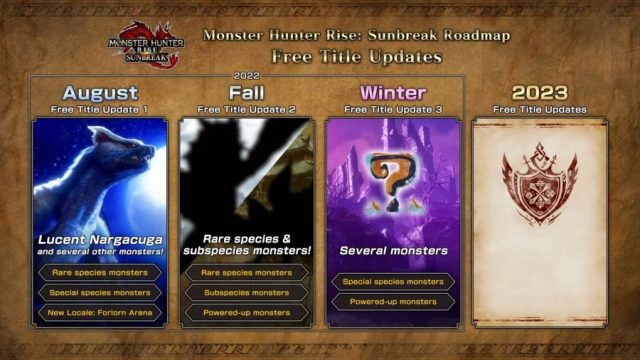 In case you missed it, be sure to check out our Monster Hunter Rise preview about the new outpost, wirebugs, monsters and gameplay:

For more news be sure to check out more Capcom in Resident Evil 4 Showcase Gives Us A Closer Look At Leon And The Enigmatic Village. Also don’t miss Starfield Gameplay Reveal Teases 1000 Planets, No Man’s Skyrim, Ship Combat, And More.