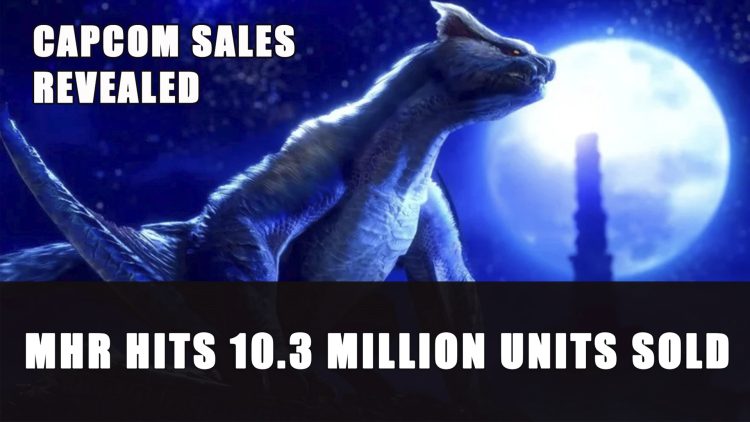 Capcom has revealed sales for its list of platinum games as well as announced Monster Hunter Rise has now reached over 10 million in units sold.

Monster Hunter Rise amongst others has had its unit sales unveiled by Capcom in their investor relations, adding further games to its “Platinum Titles”. Rise has now surpassed 10.3 million units sold, while its expansion Sunbreak now reaching 3 million, but at the time these numbers were calculated had reached a solid 2.5 million by June 30th taking third place in units sold.

Other stellar titles on the list include Devil May Cry 5 which is now sitting at 5.7 million and Resident Evil Village which is standing at a staggering 6.4 million units across platforms. Capcom has had a pretty good year so far but has yet to beat its 2018 title Monster Hunter World which has now reached 18.30, making it Capcom’s top seller so far.

Others in their top 5 include Resident Evil 7 Biohazard with 11 million, Resident Evil 2 at 9.8 million and Monster Hunter World Iceborne with 9.5 million units sold. 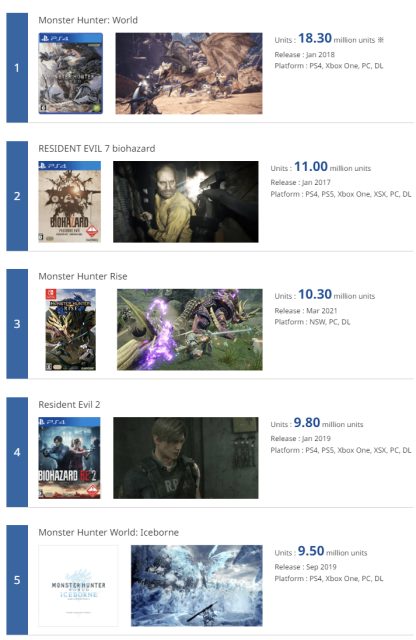 In case you missed it, Capcom still has a remake or two up their sleeve, announcing a Resident Evil 4 Remake back in June at Sony’s State of Play which sets to release in March 2023 coming to consoles and PC. From what we’ve seen so far, the game will include everything fans loved about the original including the spooky village but with a reimagined look at the game.

Recently in June Capcom announced free title updates coming in winter and spanning into 2023, so there is still plenty to come for this latest entry.

For more news be sure to check out next Haunted Chocolatier Gets New Screenshot And Brief Development Update and Soul Hackers 2 New Trailer ‘Twisted Fates’ Previews Dramatic Story.