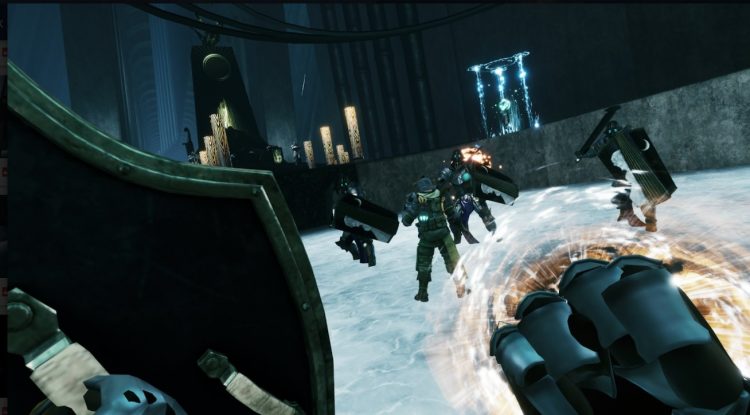 At GDC 2018, demo versions of VR action RPG Gargantua were available. And so far the feedback for the game has been really good. Could Gargantua be a gargantuan success for VR?

Intense RPG combat with up to three other people in VR

One aspect which it sounds like this game is really nailing is the combat – which, as it’s an action RPG, is a very good thing. The game detects when your weapon collides with other solid objects (like walls or your enemy’s face) and your weapon stops moving. It’s a big improvement from other VR games where your swings pass through things as if they were ghosts, like with Skyrim VR. Haptic feedback and visual stoppage of weapons should help to make the combat seem more intense. 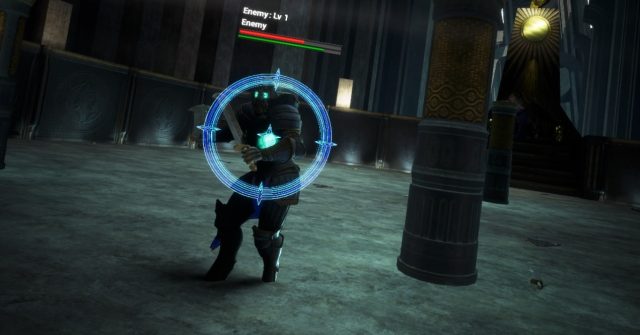 Another handy combat mechanic in Gargantua is the lock on target recticle. It’s similar to Dark Souls and Zelda.

Another aspect of combat that is being reported on positively is the movement. The demo version shown was on the Oculus Rift, using Oculus Touch. On it, the control sticks mean you can move smoothly and snap rotate to adjust your view. In combat there’s also a nice dodge mechanic. When toggled on, you can take a step forward, backward, or to either side in real-life to trigger a quick dash move. If the space in your gaming room is limited or you’re worried about squishing your cat then you may not want to turn this on. Still, it could be useful for avoiding strikes and closing the distance to enemies. A targeting recticle also helps with the combat.

In sickness and in health bar, for better and for worse

If you suffer from motion sickness, you may be pleased to know that hen moving the FOV is dimmed and narrowed to cut back on motion sickness. The developer said this option can be toggled on for the full game. It’s nice to have it there for those who do suffer with this. 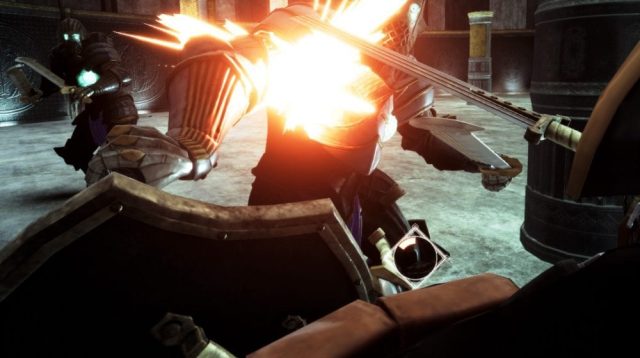 As only a singleplayer version was available for the demo, it remains to be seen how it’ll work in coop. Gargantua is being developed by Yomuneco. It’s a Japanese company made up of industry veterans whose credits include games like Final Fantasy XI, Final Fantasy XIV, Guilty Gear, Shadow of the Colossus, Grandia, The Last Guardian and Lunar: Silver Star Story.

Gargantua will initially be released on Oculus Rift and HTC Vive. The developers are also planning on eventually making a PS VR version. Could this be the game that gets you into VR? Or are you already a convert? Please comment below and let us know.