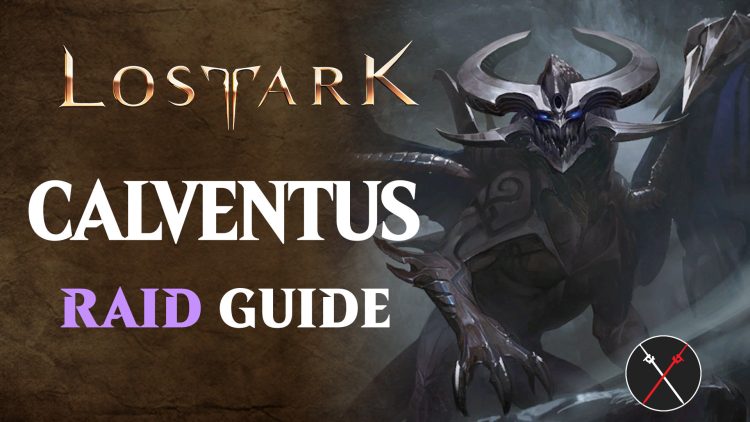 After honing your gear sufficiently, you’ll reach Item Level 880, which will allow you to fight the third Level 3 Guardian Raid boss in Lost Ark. Defeating Calventus will reward you with higher-tiered Epic Accessories, an Epic Ability Stone, and honing materials, to name a few.

For these types of activities, it’s important to allocate the right Tripods for your Skills. Since this Guardian is weak to Holy, you will want to select Tripods that ought to change the element of your damage if possible. Doing so will significantly improve the amount of harm you inflict. Next, you are going to want to equip HP Potions or those that restore a percentage of your HP since they are the only ones allowed in Guardian Raids. Alongside this are Flares, which are essential to identify his location quickly.

Like Helgaia and Flame Fox Yoho, you should bring Panaceas. These are essential Battle Items that will cleanse you of the Brand of Windfury Armor Debuff, which increases the Magical Damage you take by 10% and lasts for 1 minute. What you want is to use the Panacea when the corresponding stack goes up to 3 to make the most out of it. Alternatively, in case you run out of this and you have a Gunlancer or Paladin in the party, then they can use their skills to get rid of the debuff altogether. One example is the Gunlancer’s Nellasia’s Energy Ability to reduce the damage taken by allies. 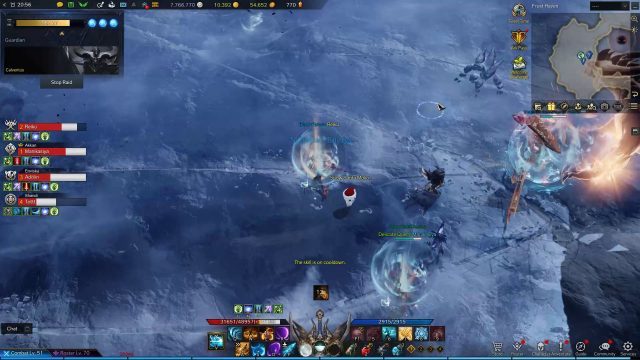 The encounter against Calventus is divided into Phase 1 and Phase 2 rather than a wipe mechanic like Tytalos. Phase 2 is initiated after about 4 minutes or when the Guardian teleports to another section of the map. Here, his attacks will become stronger while introducing new skills into the mix. What you will need to keep a close eye on is the Dark Orbs he will summon. If Calventus gets ahold of four, he will be tough to defeat since his abilities and mobility will become more effective. Let us first go into this core mechanic in detail.

What happens is that Calventus will summon 4 Dark Orbs from multiple angles at different times of the encounter. Now, these orbs will gradually gravitate towards the Guardian and it is at this point that you and your allies will have to destroy each of them. It may be problematic for Support Classes such as Bards given their low damage numbers so some of you will have to assist them accordingly.

The trick is to auto-attack these orbs if your powerful skills are undergoing cooldown because doing so slows down their movement. Should the party be vigilant in consistently shattering them, this Boss won’t become Enraged. Otherwise, the Dark Orbs will trail after the party and once they catch up, they will explode and deal the Brand of Windfury Debuff. When in this state, you should concentrate on dealing Stagger Damage using your respective skills or throwing Whirlwind Grenades. 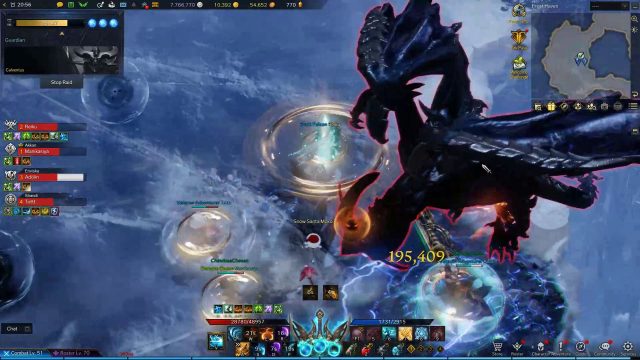 Once successfully done, the orb counter will reset and Calventus’ attacks will no longer be that menacing and harmful. As long as you have full control over this core mechanic and you know what to look out for, you will be able to defeat him in no time. In the next sections of this guide, we are going to talk about the different attack patterns of Calventus for every phase of the encounter.

Like the majority of bosses, Calventus will suddenly glow blue after folding his wings and rearing backward to charge by lunging at whoever is in front of him. Note that the period between changing colors and rushing forward happens in a few seconds so you have to be prepared to sidestep to avoid the attack. Calventus is quick and if you get crushed, you’ll be knocked up. If you manage to combat this move with a Counter Skill, he will be staggered, which would allow you and your allies to hit him hard for the time being. 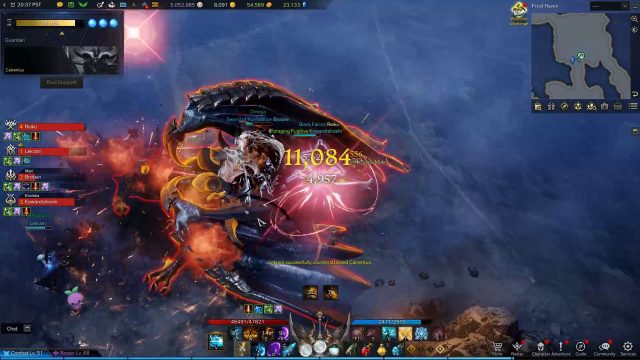 Additionally, this Guardian can also charge without glowing blue. At which point, no one from your team should use a Counter Skill to stop him. He will simply turn towards you to knock you down and deal low to moderate damage. Remember as well that when Calventus is Enraged, he can initiate Charge twice in quick succession.

When Calventus turns his head to the side to look at a target, he is getting ready for the hop and slam attack. This Guardian will briefly perform a hop, which will closely be followed by a mini-slam that will send ripples on the floor. You need to be cautious because it can stagger you. To evade this attack, you can simply stay close to either of his sides or underneath his abdomen. Alternatively, he can leap to do a 180-degree turn and perform a slam. 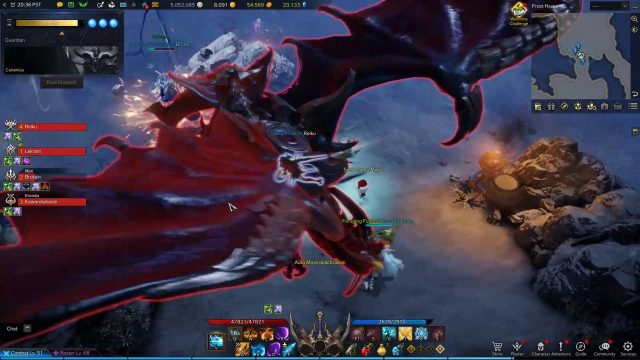 The final variation of this skill is the claw slam where Calventus walks forward twice or thrice while pounding one front paw after the other on the ground. As long as you are not positioned right in front of him, you will be safe from the attack. You can also continue hitting this boss from behind to make the most out of your Back Attacks.

Calventus has the capability to fly straight into the air in an instant. This doesn’t immediately mean that he is about to teleport to another area of the map. If damage numbers are appearing while you are in combat with him, it means that he is preparing to unleash a massive strike attack. Black shades of energy will then appear together with a feint white projection on the ground. This is where he will land and strike so be sure to dash away from it beforehand, otherwise, you will take huge damage. Massive strike is especially detrimental for classes with low HP so it can definitely one-shot them. 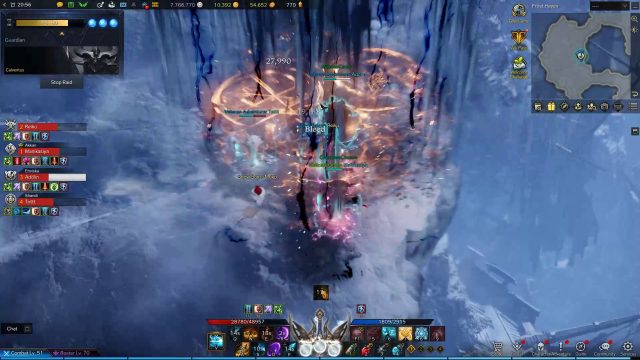 When Calventus’ tail rapidly and forcefully swings to one side, he is preparing to hit you with a tail swipe. As soon as it moves to the left (or right), be sure to run away from the right (or left) side to avoid the attack, else, you will be knocked up. The tail swipe is usually followed by a mini-slam or tail slam so be on the lookout for these actions. 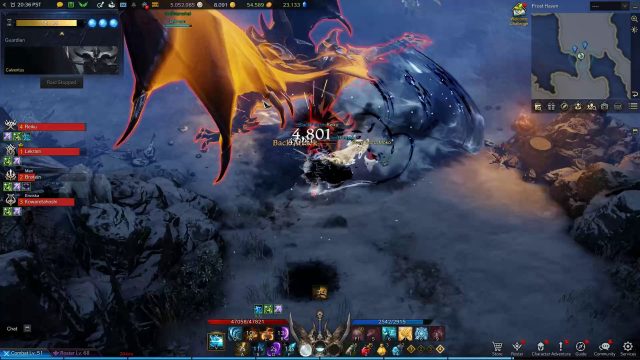 In addition to massive strike, Calventus will turn to the side and flap his wings, which will send him hovering above the ground. Note that he is not preparing to fly away. Rather, he is about to dive at whoever is in front of him after 2-3 seconds. There is no projection on the ground so you need to be keen on running to his side to evade the hovering dive attack altogether. 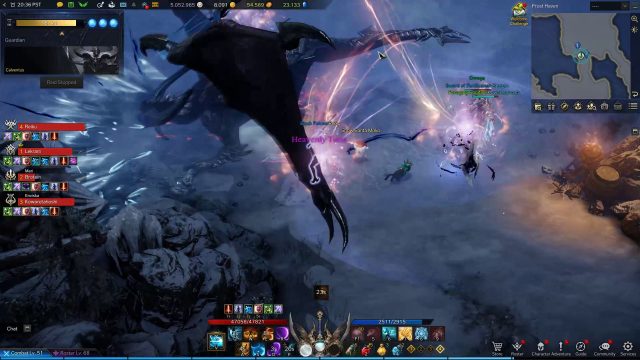 Similar to Tytalos, Calventus has the ability to retreat and dodge attacks by making a huge jump backward. Although this move doesn’t deal any damage even if you are behind him, you will need to activate skills that close the gap between the two of you to be able to immediately chase after him. 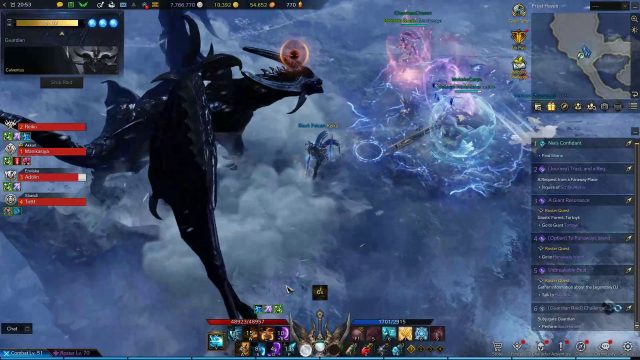 One of the first Phase 2 skills of Calventus is the enhanced hovering slam. Here, he grabs a player using his front claws and then proceeds to drop them. The entire process happens twice. Soon after, he dives to the ground to deal enough damage and knock targets up. 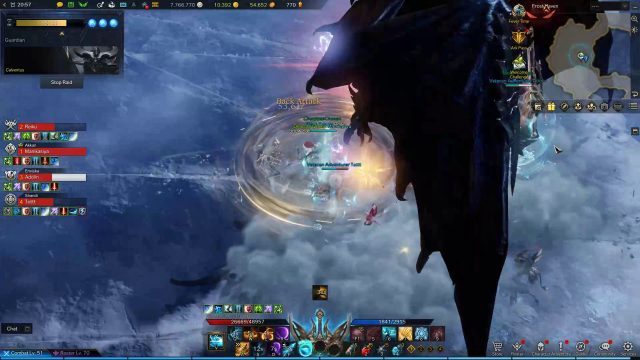 One similar move to retreat is this Guardian’s whirlwind skill. He will turn towards his targets and then flap his wings backward while sending whirlwinds in a conical form. These can be pretty tough to spot because of their smokey color. Should you get hit by them, you will take low damage, be knocked up, and receive the Armor Debuff so when Calventus initiates the skill, be sure to dodge to the side. 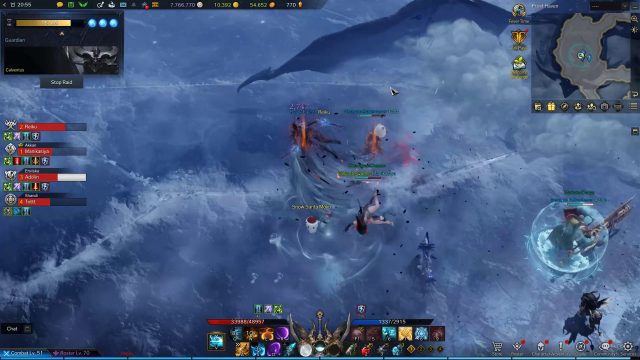 When Calventus stays in place and then moves his head forward to roar, he is already preparing to initiate the shadow rain. You will instantly see several markers on the ground indicating where the rain will fall into. Carefully run to a safe space while vigilantly avoiding it so you don’t receive the Armor Debuff. 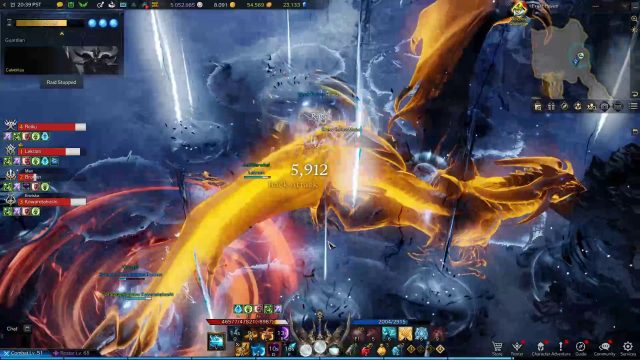 Alternatively, he will flap his wings a couple of times while flying to initiate the ability. White projections on the ground will appear around you signaling the arrival of the rain. Because of this, the best place to be is to stay at the center or underneath Calventus. But be wary because as soon as the animation ends, you will need to run away as he will slam into the ground.

Calventus has the power to summon an orb in front of him. He will then jab his head into it to split the orb into three and send it crashing into targets located in front of him. You can prepare for this by maintaining an acceptable 1-inch distance from the boss in order to see the orb once it has been conjured. 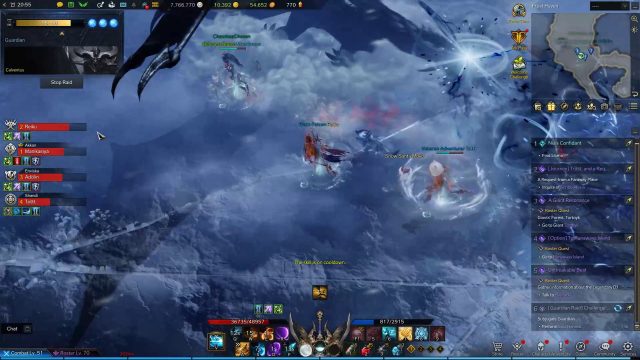 This Guardian is pretty well-versed when it comes to orb attacks because he can conjure another one near his head just to toss it at the player in front of him. When the orb lands, it will explode causing notable damage. If Calventus is Enraged, the corresponding damage and radius are both amplified, affecting nearby allies so be sure to run sideways the moment you see the orb.

By default, Calventus is not as mobile compared to the other Guardian Raid bosses such as Helgaia and Dark Legoros. However, because of his ability to react quickly by jumping backward or flying in midair, he is able to dodge a couple of incoming attacks. What makes this encounter challenging is the second phase of the boss fight because he has the potential to become Enraged thanks to his orbs. The technique for the core mechanic is to remember to spread out to annihilate these Dark Orbs before it reaches him. 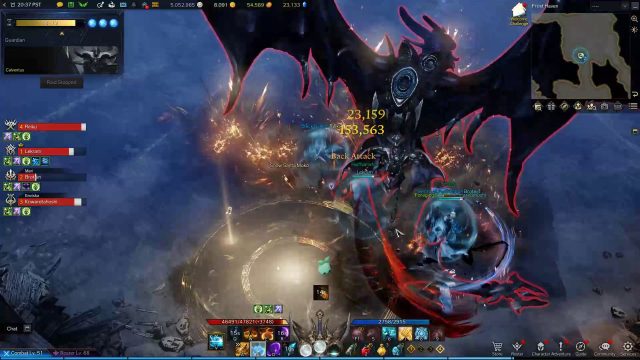 Furthermore, it is also important to bring Panaceas because as soon as the fight starts, you and your allies will become susceptible to receiving the Brand of Windfury Armor Debuff. Make sure to only pop in a Panacea when it accumulates 3 stacks in order to preserve this Battle Item. Another helpful consumable to bring if you lack Stagger Skills is Whirlwind Grenades. Successfully staggering Calventus will incapacitate him for several seconds, giving you the perfect window of opportunity to barrage him with devastating abilities. 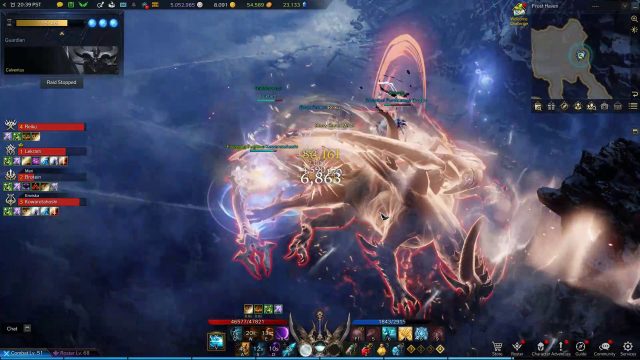 Lastly, if this Guardian glows blue to prepare for a charge attack, be sure to stay away from him should the Counter Skill fail. If you are adjacent to Calventus, you will get knocked up and staggered for a short period of time regardless of whether or not there is a wall blocking his forward lunge.

Stay tuned for more Lost Ark Boss and Endgame Guides and be sure to check out our Lost Ark Wiki or drop by our Twitch Channel if you have questions about the game. You can also check out our recent endgame content including the Dark Legoros and Helgaia Boss Guides, Silver Farm Guide, Best Ways to Get More Skill Points, and Best Combat Engravings. We also have Build Guides for the Glavier, Soulfist, Artillerist, Striker, and Deadeye, to name a few. What did you think of this Lost Ark Calventus Guardian Raid Boss Guide? Which bosses are giving you a hard time? Let us know in the comments below!